Gods & Spirits Are Not Correspondences

One of the things that tends to annoy me in regards to a large portion of modern books written on witchcraft is the tendency to use the gods and spirits as if they were merely correspondences. A book will give maybe a short intro into who this god or spirit is and possibly a list of correspondences that they associate with them and then jump into having you call upon them in a ritual or a spell. It’s no wonder that I hear from many witches and pagans that they aren’t sure if the gods and spirits are real. Most likely because they aren’t really showing up in their rituals when they call upon them. When a spirit or god enters a space, especially within a ritual – there’s no denying their presence is there.

I blame a lot of this on the trend of a fundamental misunderstanding of Jung’s concept of archetypes and viewing them as merely and purely psychological constructs – which is a prevalent understanding of the term “archetype” within modern paganism and has been dismissed because of this by some, or even worse in my opinion, embraced as truth by others. Regardless if you’re a soft polytheist, a hard polytheist, somewhere in the middle or neither – working with the gods as external individuals will definitely change your relationship with them. Try it out if this isn’t how you normally work with gods or spirits and come to your own conclusions.

Imagine a stranger randomly calls you and asks you to drop everything and come help them out with some favors. While a few of us might, the majority of us would most likely ask, “Who the Puck are you?” In my experience, the gods and spirits tend to be similar. While there are some that will choose to help anyone and everyone out, a large majority of them won’t if they don’t know you. Building a relationship with deities and spirits is crucial to improving the success of your magick.

So how do you build a relationship with spirits? Exactly as you do with other people. You introduce yourself. You spend time with them. You dance with them. You talk to them. You listen to them. You get to know them. You learn what they like and what they don’t like. You ask them questions and about themselves. You compliment them earnestly. You show them respect. You show gratitude for their help and gifts. You give gifts as a thank you and at other times simply out of appreciation for being in your life. You don’t neglect them. You don’t talk badly about them or mock them.

The gods and spirits are not your servants, and you shouldn’t treat them as such. In my practice I don’t really worship or bow before the gods or spirits either, though if that’s your practice or tradition (as is prevalent in a lot of paganism), by all means go for it. My relationship with the spirits is one of friendship and partnership. I treat them as I do friends that I hold dear. Because I hold a personal relationship with my spirits, I have experienced that they grow and change, just as we do. While looking at how they were viewed and worked with in the past can help gain insights into their nature, I do not bind myself to that, but rather place an emphasis on who they show me that they are. I believe that they are a higher authority on the subject than priests and theurgists of the past.

One of the things that I really liked that Jason Miller speaks about in the Sorcery of Hekate course, at least what I took away from what he was saying, is that we shouldn’t bind ourselves to the past to define our current gnostic experiences and revelations from the gods and spirits, but we also shouldn’t use our gnostic experiences and revelations to re-define and change historical understandings. Sometimes you’ll find they match up, sometimes you won’t. Both are okay.

I much sooner and rather call upon a spirit or god that I have a close relationship with for a purpose that isn’t normally within their realm of “correspondences” than to call upon one that does yet is a stranger to me outside of intellectual knowledge pertaining to them. Think about it. Wouldn’t you much rather do a favor for your close friends or family than a stranger that approaches you or an mere acquaintance you met that keeps bugging you for different favors? I have found that having a smaller team of gods and spirits that I know intimately and have a personal relationship with, is infinitely more powerful than having a list of gods and their attributed correspondences whom I don’t. 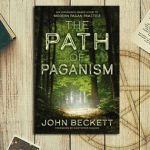 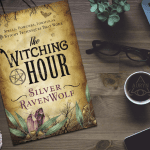 September 7, 2017 Review: The Witching Hour
Recent Comments
0 | Leave a Comment
"This makes me love jack-o-lanterns even more."
Anonymous Jack-O’-Lanterns and the Devil
Browse Our Archives
Related posts from For Puck's Sake