Blind Faith Has No Place In Witchcraft

I’m really reluctant to state that I believe in anything. By belief I specifically mean blind faith. Terry Pratchett states it perfectly in his book Witches Abroad where he writes, “Most witches don’t believe in gods. They know that the gods exist, of course. They even deal with them occasionally. But they don’t believe in them. They know them too well. It would be like believing in the postman.”

Magick is often thought of as a science. In almost all of my training I have been taught to be open to concepts, study them, experiment with them and then know them to be real or unreal. When I cast a circle, I liken it to a cosmic primordial laboratory. I will take theories and techniques from the witches and occultists before me as if they were chemical ingredients. I will then observe how they react, their potency and take note of the results. If the experiment do not work, if I cannot find merit to any of these ideas or concepts I will be completely honest with myself. If the results yield what was desired, I then know these things to be real.

On the other hand witches suspend disbelief, especially within the magick circle – the laboratory where all things are possible. By suspending disbelief you open yourself to the possibility of something being true without necessarily embracing it as fact. It seems just as damaging to one’s practice to concretely disbelieve something because you haven’t experienced it or gotten something to work. Like a scientist, we should always be open to possibilities but ground ourselves in what we know as being true from our experience and results.

Witchcraft is not a practice of sheep blindly following, it is a practice of experience. It is human nature to want to seek out like-minded people and form tribes. In fact it’s hardwired into us from our ancestors for the purposes of survival. The problem with this is that many will often start accepting ideologies from their peers as being true even if they have not experienced them as such.

The path of the Witch will always be a solitary one in the end regardless of the traditions and groups we join and participate in. The idea of the conformist witch is not only unhistorical and impractical, but also contrary to the very spirit and essence of the witch. The witch is sovereign and when she or he begins embracing beliefs blindly from any “authority” they then hand over their power. It is then that the grounds for cult-abuse and brainwashing also becomes a very real possibility.

For example, I know the gods and spirits I work with are real because they visit me, they work with me, we talk, we have a relationship and they yield results. There are other gods and spirits that I have called upon that I don’t believe have ever come. However, others seem to have great experiences with these spirits or gods. So I am open to the possibility of them being real, but I only know what is true from my own experience. So I cannot believe in them blindly, though I can hold space for the possibility of certain truths being subjective. Certain spirits may never work with me simply because we aren’t meant to have that relationship.

If I feel there’s merit to the belief, I will seek out those who have had success and figure out how I can tweak and improve my magickal experiments regarding the concepts and see if there’s any different results. For many years I was open to the idea of an astral realm existing but it wasn’t until I first left my body and experienced it first hand that I knew it to be true.

Many witches adopt a belief in the three-fold rule without ever experiencing it first hand. While I have seen that there’s usually always a price to be paid for any magickal working regardless of its nature, I have never seen the three-fold rule play out for myself or others. So I’m reluctant to embrace it as a belief just because witches before me have stated that it is true. But I also acknowledge that this has been passed on for a reason, so I hold the concept as a possibility.

One of the personal mottos of my witchcraft practice is that “Witches use what works.” Not only is there no point in believing something one has not experienced, I feel it’s a personal disservice to one’s Craft to delude oneself into believing something contrary to one’s experience just because one has been told to. While I do not blindly believe in many of the things that she taught, Helena Blavatsky once wrote that “I speak ‘with absolute certainty’ only so far as my own personal belief is concerned. Those who have not the same warrant for their belief as I have, would be very credulous and foolish to accept it on blind faith.”

It is my opinion that witchcraft is ever evolving and shifting. As such we should treat the process as an alchemical science. We should be constantly adding, removing and refining it to its most potent golden state of effectiveness. If our magick isn’t potent, why would we bother with it to begin with and why should others? It is not only a disservice to ourselves to hold beliefs and practices that we do not have first hand knowledge of as being truths, but also a disservice for those that come to the Craft after us. We are the future legacy of witchcraft. We are the future ancestors of witchcraft. It is our job to provide effective tools for future witches and not a bunch of ineffective hogwash. 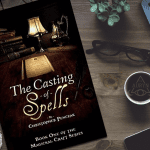 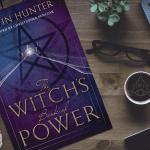 May 6, 2017 Review: The Witch's Book of Power
Recent Comments
0 | Leave a Comment
"This makes me love jack-o-lanterns even more."
Anonymous Jack-O’-Lanterns and the Devil
Browse Our Archives
Related posts from For Puck's Sake