A Poetic Tribute to Women Religious, 1909 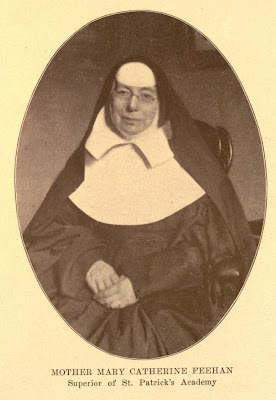 Where are the Catholic Sisters?
Anonymous

Blessed are the pure of heart, for they shall see God.

Winds of the world give answer,
North, East and South and West,
Wherever there is good to accomplish,
Or souls that can be possessed;
Wherever there are human races
To educate, nurse or to care
Can be seen these devoted women–
The Catholic Sisters are there.

You can find them on fields of battle,
‘Mid volley from cannon and gun;
They labor ‘mid fierce persecution;
They’re everywhere under the sun.
Never was isle so tiny,
Never was state so small,
But was seen a Catholic Sister,
To answer a Divine Call.

In Eastern plague-stricken hovels,
From whence other humans fly,
They tenderly nurse the afflicted,
But the Sisters– generally die.
Never the sun arises on desert, jungle or state
But a Sister’s soul goes upward
Who died for Mercy’s sake.

May 19, 2011 Monsignor Patrick F. O'Hare, "The Apostle of Greenpoint" (1848-1926)
Recent Comments
0 | Leave a Comment
Browse Our Archives
get the latest from
Catholic
Sign up for our newsletter
POPULAR AT PATHEOS Catholic
1