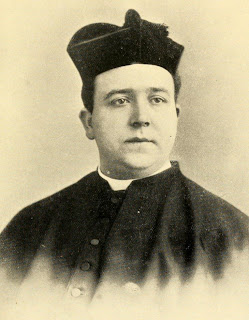 The Champion of Greenpoint

Few priests in the history of the Diocese of Brooklyn have been so closely identified with the life of a community as Rt. Rev. Msgr. Patrick F. O’Hare, pastor of St. Anthony’s parish, was identified with the life of Greenpoint. A towering civic, as well as religious, figure, he was admired and respected, sometimes feared and always obeyed by every element in the community.

A staunch promoter of civic improvement and vigorous defender of Greenpoint’s welfare and good name, Msgr. O’Hare was ever in the public eye. While he campaigned actively and openly for any cause that would benefit the people of his community, his denunciations of vice, of the desecration of the Sabbath, of immoral literature and entertainment and of public indifference toward social evils kept public opinion alert and awake to those things which would affect the section adversely. 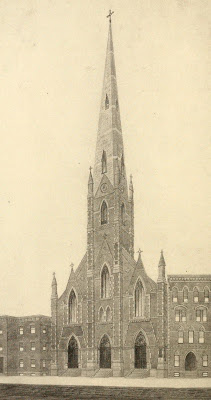 His words and his actions have become legend and history among Greenpointers. The phrase “in the days of Msgr. O’Hare” identifies a period of intense living in the memory of those who still maintain that stories of Greenpoint and St. Anthony’s parish are synonymous. Msgr. O’Hare so impressed his personality upon the whole section that every person, Catholic or non-Catholic, was made to feel that he or she belonged to St. Anthony’s.

Born in County Down, Ireland, February 17, 1848, he came to the United States with his parents at the age of four, but returned for elementary and secondary schooling to his native land. He finished his formal education here at St. Francis Xavier College and St. Mary’s Seminary, Baltimore, Md. Ordained March 19, 1872, he served seven years at St. James Pro-Cathedral as assistant. At the same time he was spiritual director of the Visitation Academy in Parkville, of the Visitation Convent on Johnson St., and of the House of the Good Shepherd in East New York, while providing also for the spiritual needs of the sailors at the Brooklyn Navy Yard. 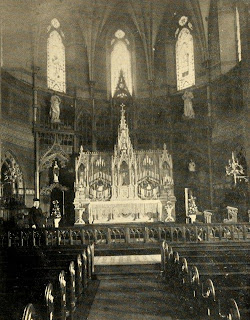 On July 12, 1879, Msgr. O’Hare was appointed first pastor of the Cathedral Chapel of St. John. Five years later, in July, 1884, he was appointed pastor of St. Anthony’s parish, Greenpoint. With the intense drive for which he was noted, he took over a parish in poor condition and transformed it by clearing its debt, building a new church, a convent for the Sisters and a friary for the Franciscan Brothers. He rented a former Protestant church for overflow classes when his school needed additional space. He also established St. Columbkille’s Mission on Dupont St.

In recognition of this outstanding work, he was elevated to the rank of Domestic Prelate by Pope Leo XIII in 1903. The day of his death, June 4, 1926, was a day of mourning for the entire community.

May 20, 2011 Bishop Francis Mora, Los Angeles, California (1827-1905)
Recent Comments
0 | Leave a Comment
"Wow! I didn't know about that Statement from the US Bishops. The fact that they ..."
Florence Ziegler “It’s About Time They Got Here”:  Catholics ..."
"Very interesting. Why did the Jesuits change the name of the school from a saint's ..."
Kristin Nealon Wilson Ocds Who’s Buried in Catholic Cemeteries?
"It is a joy to that you are back blogging. Thanks for the reference to ..."
Joe A Church Historian’s First Communion
"Thank you for all your enjoyable, informative posts on Church history. I agree that the ..."
Kathleen Brady Looking at the Scandals– A Church ..."
Browse Our Archives
get the latest from
Catholic
Sign up for our newsletter
POPULAR AT PATHEOS Catholic
1