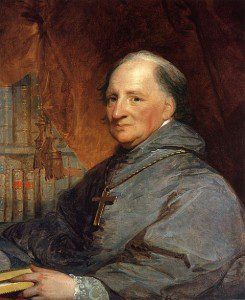 When the death of men distinguished by superior talents, high endowments, and eminent virtues to their country, demands the expression of public mourning and grief their loss is accompanied generally with this mitigation, that, however grievous and painful, it is not irreparable; and that the void, caused by their mortality, will perhaps be filled up by others, uniting equal abilities with the same zeal and watchfulness for the general welfare. Hope then wipes off the tears, with which sorrow bedews the grave of departed worth. But on the present occasion no such consolation can be administered; for he, whose expectations are so sanguine, dares not promise again to his country the union of so many splendid and useful virtues, as adorned that illustrious Man, whose memory excites our grateful and tender sensibility, and at whose tomb the homages of his country is to be solemnly offered on this day. Whether we consult our own experience, by bringing into comparison with Washington, any of our contemporaries, most eminent for their talents, virtues and services; or whether we search through the pages of history, to discover in them a character of equal fame, justice and truth will acknowledge, that he stands super-eminent and unrivalled in the annals of mankind; and that no one before him, acting in such a variety of new and arduous situations, bore with him to the grave a reputation as clear from lawless ambition, and as undefiled by injustice or oppression; a reputation neither depressed by indolence, or weakened by irresolution, nor shadowed by those imperfections which seemed to be the essential appendages of human nature, till providence exhibited in Washington this extraordinary phenomenon.

What language can be equal to the excellence of such a character? What proportion can exist between eloquence, and the tribute of praise, due to so much virtue? Nevertheless, my fellow citizens, I read in the eagerness of your attention, your desire to offer this tribute: Methinks I hear your filial piety, your tender reverence for your best friend, the Father of his Country, calling on me to bear for you, at least a feeble testimony of your unextinguishable gratitude for his services, your immortal remembrance of, and veneration for his virtues. In your name, therefore, I presume to add some grains of incense to the homage which throughout the United States every friend to their happiness now presents at the shrine of Washington. Pardon, O departed Spirit of the first of Heroes! if with the cold accents of an exhausted imagination, I likewise dare attempt to celebrate thy name, whilst so many sons of genius, ardent in youthful vigour, delineate in glowing colours the vivid features of thy mind, and the glorious deeds of thy virtuous life. With unequal steps I venture on the same career, not seeking to add lustre to the fame of Washington, or perpetuate his memory to future times; but humbly hoping, that a recital of his services will open to our countrymen the road to true honour, and kindle in their breasts the warmth of generous emulation, and real patriotism. To contribute in this manner to the best interests of his beloved country, will be to him the most gratifying commendation, if in the regions of immortality, human affairs still claim a share of his solicitude.

To superintend the movements, and operations of such a revolution; to control during its progress, jealousies, enmities, suspicions, and other conflicting passions; and from their collision, to create national and individual prosperity, peace, order, liberty and regular government required the discernment and masterly contrivance of that Supreme Director and Artist, who unites together the links and holds in his hands the chain of all human events. Contemplating, as much as is allowed to feeble mortals, his divine agency in preparing the means and conducting the progress of the American Revolution, we may presume to say, that heaven impressed a character on the life of Washington, and a temper on his soul, which eminently qualified him to bear the most conspicuous part, and be its principal instrument in accomplishing this stupendous work.

Washington beheld from his retirement, as the Jewish legislator from the summit of Mount Phasga, the flourishing prosperity of his country. Health sweetened his repose and rural occupations; his body and mind retained their usual vigor. We flattered ourselves with the expectation of his continuing long to retain them: Joy beamed in our hearts, when on every annual revolution, we gratefully hailed this, his auspicious birthday. But, alas! how dark is the cloud, that now overshadows it? The songs of festivity converted into the sobs of mourning! The prayers of thanksgiving for his health and life changed into lamentations for his death! Who feels not for him, as for his dearest friend, his protector, and his Father? Whilst he lived, we seemed to stand on loftier ground, for breathing the same air, inhabiting the same country, and enjoying the same constitution and laws, as the sublime, magnanimous Washington.

He was invested with a glory, that shed a lustre on all around him. For his country’s safety, he often had braved death, when clad in her most terrific form; he had familiarized himself with her aspect; at her approaching to cut the thread of life, he beheld her with constancy and serenity; and with his breath, as we may believe from knowing the ruling passion of his soul, he called to heaven to save his country, and recommended it to the continual protection of that Providence, which he so reverently adored. May his prayer have been heard! May those United States flourish in pure and undefiled religion, in morality, peace, union, liberty and the enjoyment of their excellent Constitution, as long as respect, honour, and veneration shall gather round the name of Washington; that is, whilst there shall be any surviving record of human events.

February 11, 2013 A Momentous Day in Church History-- To Say the Least
Recent Comments
1 Comment | Leave a Comment
Browse Our Archives
get the latest from
Catholic
Sign up for our newsletter
POPULAR AT PATHEOS Catholic
1