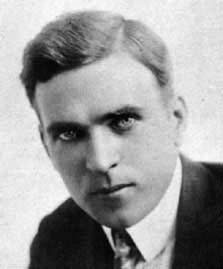 Born in Christiansburg, Virginia, Henry King left school at fifteen to work. Beginning as a silent movie actor, he was directing films by 1915, and would do so for another 46 years. He directed some of the big hits of the late silent era, including Tol’able David (1921) and The White Sister (1923), starring Lillian Gish and a young Ronald Colman.  It was while filiming the latter that King converted from the Methodism of his childhood to Catholicism. A licensed pilot, he was known as the “Flying Director,” scouting out film sites by plane. Versatile in many genres, King directed some of the great films of the sound era, including The Song of Bernadette (1943), Twelve O’Clock High (1949), The Gunfighter (1950) and Carousel (1956). He played a key role in promoting a young actor named Tyrone Power, whom he directed in Lloyd’s of London(1936) and Captain from Castille (1947). Although nominated five times for Best Director, he failed to capture the coveted award. Nevertheless, he was far from discouraged. Looking back on his career, King said, “I’ve had more fun directing pictures than most people have playing games” King was also one of the founders of the Academy of Motion Picture Arts and Sciences. After his death on June 29, 1982, he was buried in Holy Cross Cemetery in Culver City, California.