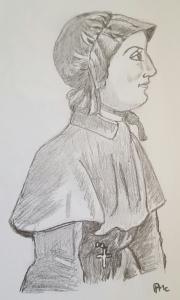 Friends, as we begin a new year, here are some anniversary dates to keep in mind for this coming year:

To all my readers, I wish a blessed and happy New Year in 2019! May God bless us all this coming year!

(*The drawing of St. Elizabeth Seton is by Pat McNamara.)

December 31, 2018
Looking Back at 2018: Some Anniversary Dates in American Catholic History
Next Post

January 2, 2019 "A Shame and a Scandal": Black Catholics Fight Racism
Recent Comments
0 | Leave a Comment
Browse Our Archives
Follow Us!

Boom: how one priest transformed a...
The Deacon's Bench
Related posts from McNamara's Blog 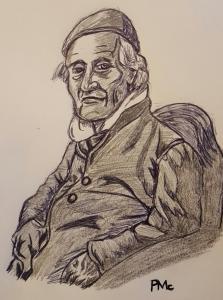 Catholic
Looking Back at 2018: Some Anniversary Dates in...
McNamara's Blog