Never on This Earth…. 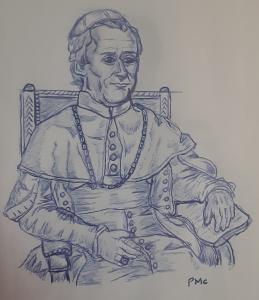 Book sales are dear to my heart. Especially Catholic ones. I can spend hours going through dusty shelves looking for obscure treasures. Back in the spring of 1994, when I was a graduate student at St. John’s University, the library was thinning out its collection of books that hadn’t been checked out in a while. Among them was a small paperback by one E.E.Y. Hales titled The Catholic Church in the Modern World.

Hales begins with a sizable block quote from the English statesman-historian Lord Macaulay writing in 1840. Here’s what Macaulay had to say (it’s a hefty quotation, but worth the read):

There is not, and there never was on this earth, a work of human policy so well deserving of examination as the Roman Catholic Church…  She saw the commencement of all the governments and of all the ecclesiastical establishments that now exist in the world; and we feel no assurance that she is not destined to see the end of them all. She was great and respected before the Saxon had set foot on Britain, before the Frank had passed the Rhine, when Grecian eloquence still flourished at Antioch, when idols were still worshipped in the temple of Mecca. And she may still exist in undiminished vigour when some traveller from New Zealand shall, in the midst of a vast solitude, take his stand on a broken arch of London Bridge to sketch the ruins of St. Paul’s.

Over the years, I’ve begun my Church History classes with this passage, asking students to reflect on it. Macaulay was an English Protestant with no great love for the Catholic Church per se, but he did appreciate its objective historical importance.

Macaulay is right– there’s nothing else in history that compares with the Catholic Church. It’s lived through Attila and Genghis Khan, the Hundred Years War and the Black Death, the Reformation and the wars of religion, the French Revolution and totalitarianism. And it’s survived them all. That’s surely a record if there ever was one!

Has it survived because Catholics are so good? Far from it, as recent scandals have brought out all too clearly. Like it or not, Church history is full of scandals, from the night of the Last Supper right up to the present. Back in the 1800’s, Father Jean Baptiste Lacordaire, the Fulton Sheen of his day, had this to say:

God has indeed conferred upon His Church the prerogative of infallibility, but to none of her members has He granted immunity from sin. Peter was a sinner and a renegade, and God has been at pains to have that fact recorded in the Gospels.

I love the story about Cardinal Ercole Consalvi, the Vatican’s secretary of state during the early 1800’s. During a meeting with Napoleon Bonaparte on the state of French Catholicism, the emperor lost his temper and threatened to destroy the Church. Consalvi (for whom Napoleon had great respect) replied with a straight face that bishops and priests had been trying to do this for years. Why did the emperor think he was going to succeed?

For Catholics, the Church is a human institution divinely instituted. That is to say, Christ started it, but it’s run by fallible people. My friend Michael Glazier,  the longtime Catholic publisher, argued for the divinity of the Church with a Protestant friend, who replied, “Oh, come on, Michael, you don’t really believe that, do you?” Michael’s answer was, “Yes! If you saw the men they make bishops, you’d know it has to be divine!”

At the same time, however, as the late Father Andrew Greeley used to say, Catholics put themselves down too much. They don’t recognize or appreciate the great good that goes on under Church auspices. Think of its contribution to the arts and learning. Think of the schools and charities, the direct ministry to society’s least, the love and consolation  it offers the abandoned and the lonely. By its very existence, it reminds us we’re part of something bigger than ourselves. And, finally, think of Jesus’s promise to the Apostles at the end of Matthew’s Gospel:  “I am with you always, until the end of the age.” (Matthew 28:20)

(The drawing of Blessed Pope Pius IX is by Pat McNamara.)

May 14, 2020 Prayer and Action: The Forgotten History of the Liturgical Movement
Recent Comments
0 | Leave a Comment
Browse Our Archives
get the latest from
Catholic
Sign up for our newsletter
POPULAR AT PATHEOS Catholic
1 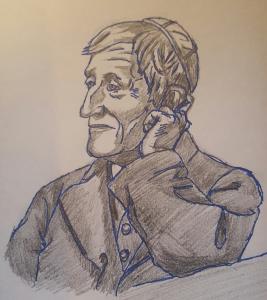 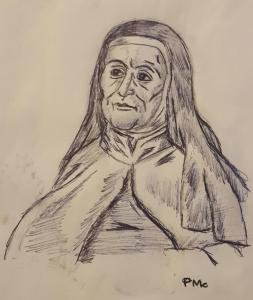