Ridicule is great clickbait, but is it good for Christian community?

Ridicule is great clickbait, but is it good for Christian community? August 7, 2014 Morgan Guyton 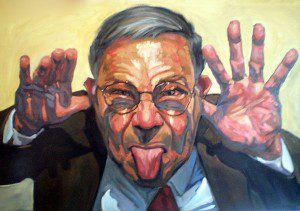 If there’s one thing that defines our era, it’s the way that people like to make fun of other people. Ridicule is the favorite pastime of the social media age. The most clicked-on youtube videos are the ones that give us an opportunity to laugh at people for looking stupid. We make memes with Willy Wonka zinging the idiots we define ourselves against. Ridicule is great for high-fiving the people who already agree with you about who the dumbasses are, but I’m not sure how Christian it is or how effective if you’re trying to build bridges and communicate persuasively with people who don’t agree with you.

One of the most delicious things I do as a writer is to find really clever ways to point out somebody else’s hypocrisy or stupidity. It’s like the intellectual equivalent of eating really gooey candy. Sometimes I just stare at the screen for a few minutes and marvel at how brilliant I am when I’ve composed a withering critique that anticipates and knocks down every possible comeback. And then I put it out there on my blog and hit refresh every fifteen minutes to watch my ridicule viralize (or fill with rage when it doesn’t). It always makes me feel a little bit uncomfortable when people write comments like “This is so insightful” or “I really needed this today” when all I was doing was being a smartass and fishing for some “likes” to feed my narcissism.

When I’m on the receiving end of ridicule, it’s a lot more obvious to me how useless it is as a communication strategy. I have never made any improvements to my character that resulted from someone making fun of my hypocrisy. When people make fun of me, it just makes me think that they’re arrogant, presumptuous assholes who know nothing about me. I become “the oppressed.” I go back to being the middle school loser with braces and a bad haircut who got bullied by the cool kids. I feel sorry for myself. And I mope around until I find some way to point out the idiocy of the people who are mocking me that I can fire that off into cyberspace and thus accomplish a sort of “redemption.” You can call me immature, but I doubt that very many people are mature enough to receive ridicule constructively. In fact, it’s usually unhealthy to take other people’s ridicule to heart and view it as a legitimate insight into your inadequacy. When people ridicule you, they’re not trying to help you.

I wonder what would happen if our goal in critique was to promote the positive change and growth of the people we criticize instead of just high-fiving the people who already agree with us. Giving constructive criticism to people you actually give a shit about looks very different than the ridicule that fills our social media feeds. I’m actually very bad at criticizing people in real life other than my wife and two sons (who probably receive more criticism than they deserve as overcompensation for my cowardice in other relationships). I’d much rather just be a chameleon yes-man in most of my relationships to keep things pleasant. I imagine there are more than a few other people who overcompensate for their neurotic agreeableness in real life by being snarky online like I do.

Speaking the truth in love to people you care about is completely different than ridiculing all those hypocrites and dumbasses out there indirectly through your blog posts and subtweets and status updates. When someone who loves me expresses concern or disappointment with something I’ve done, I take it very seriously, often interpreting it as a prophetic word from God. So what makes it so different? A large part of it is simply trust that has been built over time. Someone who’s been through a lot with me has earned a voice with me. But the tone of the communication is very different also. It’s always bathed in humility which usually involves a genuine apology and expression of uncertainty about whether the person is “overstepping.”

I think the name I would give to the caution and tenderness that envelopes truly loving criticism is the fear of the Lord. People who fear the Lord are genuinely worried that their spiritual pride will cause them to betray God’s truth by rebuking somebody else more emphatically and unsympathetically than the situation calls for. They criticize very reluctantly as a duty that they are only performing because God has convicted their hearts that something needs to be said. The fear and trembling in their posture reflects how desperately they don’t want to be criticizing someone else out of a secret agenda of self-justification.

Ridicule is a flippant form of communication that utterly lacks the fear of the Lord, because being nuanced and measured and humble doesn’t make for good zingers that will cause your groupies to cheer and high-five and viralize you. I won’t say that ridicule is always completely out of bounds to Christians. Sometimes being a smartass is good evangelism. Sometimes you need humor to break up an overserious conversation. But when your relationships with other people are based primarily upon ridiculing another set of people together, that’s a very toxic foundation that isn’t Christian community at all. Too many of our tribal online communities are reinforced by our shared ridicule. And you don’t get a pass if you take pride in scorning the left and the right equally. Your scorn doesn’t cancel itself out; it just means that you’re twice as scornful as the “extremists” you ridicule on either side.

I’ve been writing a book in which I’m trying to articulate a more faithful gospel than the version that I heard growing up in the evangelical church. I’m kind of stuck right now to be honest because I really want to communicate in a way that won’t be alienating to my fellow evangelicals and I don’t know how. It’s a whole lot easier just to ridicule them with devastating zingers that gleeful post-evangelical readers could highlight and scribble “SO TRUE!” in the margins. But I’m disgusted with that thought. I’m not sure how to transcend the age of ridicule, but I’d really like to try. 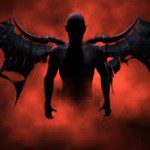 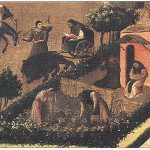 Revisiting Highway 61: All you know...
slacktivist
Related posts from Mercy Not Sacrifice 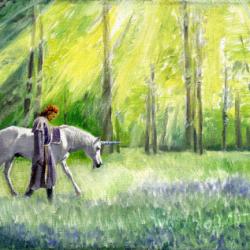