I alone can fix it: the delusion of the white messiah

I alone can fix it: the delusion of the white messiah July 28, 2016 Morgan Guyton

“I alone can fix it.” Donald Trump has said a lot of things that he’s gotten away with, but this might be the line that finally brings him down. If it does, then maybe it will help usher in the death of the white messiah as a cultural figure. Donald Trump isn’t the only one who thinks that he alone can fix it. Many twenty year old starry-eyed white kids who go on mission trips to Africa have the same basic delusion. It seems to be part of growing up white and thinking that you’re supposed to save the world. Maybe other races suffer from it too, but I’ve only known white messiahs. The white messiah I know the best is of course myself. When I sat down to write a book about toxic Christianity, I thought that I alone could fix it. I learned that I needed Jesus to save the world from me. 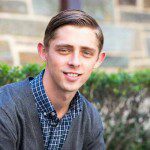 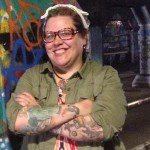 July 29, 2016 Bec Cranford: tattooed Pentecostal wonder-woman
Recent Comments
0 | Leave a Comment
Browse Our Archives
get the latest from
Mercy Not Sacrifice
Sign up for our newsletter
POPULAR AT PATHEOS Progressive Christian
1