Why NOLA Wesley Believes In Inclusivity

When we did a series of video interviews with our students this spring, I was a little nervous. What would they say and how would it reflect on what I’ve tried to teach them? As an evangelical, I’ve been trained to be very suspicious of the concept of inclusivity. There’s a shallow liberal idea that accepting people who are different and not judging anybody (except people who judge) is the whole of morality. That’s how I was taught to understand concepts like inclusivity. Until I learned that it’s not at all what inclusivity means. So I wanted to expand below on what we discuss in the course of our six minute video on inclusivity (which you should definitely watch!).

Inclusivity begins with taking a look at Jesus’ ministry. Inclusivity was the primary reason he fell out with the religious leaders of his people who betrayed and murdered him. First, he created scandal by “eating and drinking with sinners” (Matthew 9:11). Now many evangelicals look at that and say, “I eat meals with people I disapprove of all the time.” But in Jesus’ cultural context, eating and drinking with somebody was an endorsement of that person. He says that the way to God’s heart is to show “mercy not sacrifice” (Matthew 9:13), basically invalidating the entire religious paradigm of his opponents (and indeed many of his followers today).

And he didn’t stop there. Inclusivity meant that Jesus would not allow worship to happen unless everyone present could be fully included in worship. Nobody Jesus healed was dealing with life-and-death circumstances. As the synagogue ruler says in Luke 13:14, there are six days for healing and every other kind of work, but the Sabbath is exclusively devoted to God. By healing on the Sabbath, Jesus says that God cannot be worshiped unless all are included fully in that worship.

What got Jesus killed was when he called out the holiest place in his religion on its economic injustice. The money-changers and sacrificial vendors at the Jerusalem temple could make a killing off of the poor pilgrims who came to Jerusalem to offer their sacrifices. These pilgrims had invested weeks of their time to make a sacred journey; they couldn’t just turn around and go home without fulfilling the purpose of their journey if the prices were too high. The temple was supposed to be a house of prayer not a profit-making enterprise. Inclusivity is not just about accepting difference; it’s about destroying every barrier between people and God.

Another aspect of my understanding of inclusivity is a particular understanding of evangelism that I’ve developed over the years. Evangelism is not about me bringing Jesus to other people. It’s about me finding Jesus with other people. I don’t think I can be an authentic evangelist of the gospel if I do not expect to be evangelized by others. Hebrews 13:2 tells us to treat all strangers like they could be angels sent to us from God. At NOLA Wesley, we presume that anyone who walks through our door might have a word for us from God.

We are after all made in the image of God. Our project as the church is to restore that image together as a community. Inclusivity says that the image of God is incomplete without every possible variation of God’s beauty. Yes, we are sinners who need to be redeemed and reconciled, but our spiritual transformation is the unveiling of our true, God-given selves from beneath the sinful corruption of our world’s idols and expectations.

Which part of us is the precious, true humanity and which part of us is the worldly corruption? That’s the mystery we are pursuing (and wasting time arguing about on Facebook). But what I’ve learned through my own spiritual journey and my seven years as a pastor is that unconditional acceptance is the best foundation for spiritual transformation. A punitive authoritarian church community creates people who say the right things with untransformed hearts. I want my students to see the glory of God. That’s the best goal for Christian ministry that I can come up with. If my understanding of 2 Corinthians 3:17-18 is correct, then inclusivity is not only the starting point but also the culmination of that journey.

Help us reach our goal of recruiting 100 monthly patrons for NOLA Wesley by the end of summer for as little as $1/month! 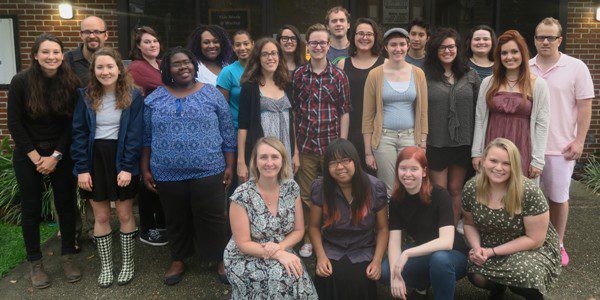 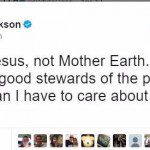 June 1, 2017
Why Toxic Christianity is a Threat to Our Planet's Survival
Next Post

June 10, 2017 How Should Christians Respond to the Demise of Donald Trump?
Recent Comments
0 | Leave a Comment
"That's beautiful."
Timothy Swanson My Light Blue Pink Messiah (a ..."
"As long as you believe in some uber demon you will always be fearful of ..."
JD Satan As The Virus of Enmity
"Mrs. Smith? Sorry, can you tell me what that means please? I'm not much of ..."
Malissa “All People Are Holy”: The Theology ..."
"Well I know a Palestinian priest who had his home bulldozed.Why do you think there ..."
Bones Iran, Mike Pompeo, and the Total ..."
Browse Our Archives
get the latest from
Mercy Not Sacrifice
Sign up for our newsletter
POPULAR AT PATHEOS Progressive Christian
1