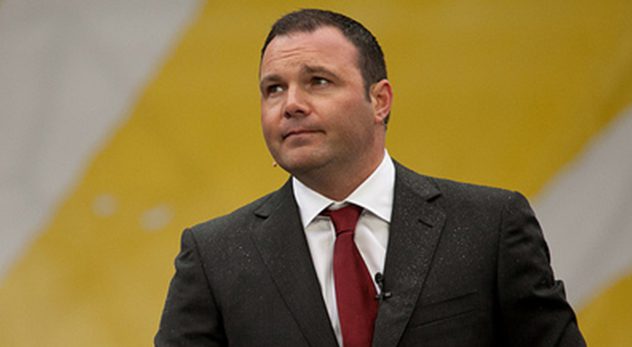 I’m not a woman. That means that misogynist ex-pastor Mark Driscoll’s words do not violate me directly. When he refers to women as “penis houses,” I recoil but I’m not triggered the way I would be if I were a women who had been directly victimized by men like him. My experience with Mark Driscoll is that he’s a perfect representative of everything I’m against as a Christian. He’s the purest, most un-bashful version of patriarchal neo-Calvinism. Five years ago, writing about him was a guaranteed clickbait factory. And honestly, I got tired of reacting to him. It felt like I was letting him control the story by expending so much energy making sure that I condemned him vociferously enough every time he said something horrible. So what do I do now that Patheos, the host of my blog, has given a blog to Mark Driscoll on its evangelical channel?

I understand the pressure campaign against Patheos bloggers like me after Patheos’ decision to hire Mark Driscoll. When I was a union organizer, the way we put pressure on companies was to picket the companies that sold their products. When my union was boycotting the Mt. Olive Pickle Company, we would go to the Kroger shareholder meeting and ask why Kroger wanted to be complicit in horrible work conditions for farmworkers. The complicity was three degrees of separation from Kroger to Mt. Olive to the cucumber farmers to the workers. If Kroger stopped selling Mt. Olive pickles, then Mt. Olive would be pressured into signing a three-way contract with their cucumber farmers and the farmworkers since the farmers always said their hands were tied by what Mt. Olive would pay for its cucumbers.

Because grocery chains like Kroger and Publix didn’t like the bad PR, their management would call Mt. Olive and say what’s going on. Mt. Olive was saying the whole time that the union needed to talk to the farmers because Mt. Olive had no control over the work conditions in the field while the farmers would say they couldn’t change anything about their work conditions unless Mt. Olive gave them more money. Because I hated capitalism in general, it felt fairly easy to say all companies throughout the food industry are bad because they all participate in a system that exploits immigrant farmworkers. But I’m not sure that I would have been able to tell a Kroger’s pharmacist or clerk or produce worker or even a store manager or regional manager that they should quit their job since the profits from their labor are loosely, indirectly related to the exploitation in the cucumber fields of North Carolina.

It makes sense to put pressure on Patheos by asking their bloggers if they’re going to enable unrepentant misogyny by creating revenue for a business that hired a misogynist whose theology has ruined so many people’s lives. And it makes sense for prominent bloggers to jump ship as a means of pressure if they have a big enough platform and enough wherewithal and free time to develop their own site and go solo (or if they’re just done with blogging, which is something I’ve often wondered about for myself). It’s possible that as a result of that pressure campaign, Patheos would rescind its contract with Mark Driscoll.  But I doubt very seriously that will happen.

The Patheos Evangelical channel already has bloggers whose theology is just as bad or worse than Mark Driscoll, like Owen Strachan, the head of the Council on Biblical Manhood and Womanhood. Evangelicals get a lot of energy out of feeling like their free speech is being suppressed. For the Evangelical channel editor to capitulate when an evangelical blogger is being attacked, no matter how problematic he is, would be tantamount to renouncing Christ for them. If Patheos let Driscoll go, then Patheos would officially become a “worldly secular” space to evangelicalism and the evangelicals would retreat to the Gospel Coalition where they have complete control and a huge platform.

In any case, I understand the political strategy of pressure campaigns against secondary targets for being “complicit.” And I understand that political campaigns have to use a moralistic spirit to galvanize their supporters. I remember creating form letters for people to send to the Kroger CEO asking him why he hated farmworkers (who couldn’t possibly have been on his radar screen at all). I also felt really conflicted about the strident, oversimplified moralism that seemed inherent to the work I was doing. But I didn’t dare ask questions, because I was a white guy working for a mostly Latino farmworker union. I only lasted in the position for about 10 months. I don’t think I’m well-suited to that kind of work though I have tremendous respect for people who are.

Regarding the Patheos situation, I just can’t see it as my moral duty to take my blog off of Patheos. I don’t have a super eloquent, impeccably woke justification. Mostly, I’m just tired. I’ve got a more than full-time job as a campus minister, I’ve just started an online counseling program that takes up a lot more hours per week than I thought it would, and my kids have after-school activities four nights a week. So I have maybe a few hours a week to devote to blogging, which is enough to do 1-2 blogs a week if somebody else is managing the platform but definitely not enough to strike out on my own and do all the admin myself. That’s the politically inexcusable, logistical explanation.

I’ve also talked with folks who have encouraged me to do some kind of organizing with other Patheos bloggers in response to this situation. I’m still contemplating it, but honestly it’s not a space where I’m feeling called to organize right now. To the degree that I have time to organize, my two main focuses right now are trying to build a men’s movement against sexual violence on Tulane’s campus and supporting immigrant day laborers and their families with the Congreso de Jornaleros here in New Orleans. Maybe another Patheos blogger will take the lead in which case I will support as well as I can with the limited time I have. I just can’t change my focus every week to whatever the Internet’s topic of the week is. That doesn’t make for productive, strategic political work.

Admittedly, my attitude about this is partly shaped by my deep weariness with the political non-strategies of obligatory outrage and performative wokeness. There is nothing unproblematic about the ugly things Mark Driscoll has said and done over the past couple of decades. But the best way for me to fight the toxic theology that creates sexual violence is not to engage in a pious gesture of performative wokeness and political purism by shutting down my blog, but to utilize the best available platform to offer a different vision for Christian theology. If a racist skinhead spray-paints hateful garbage on a wall, the other punk kids aren’t going to say now I can’t use that wall because my message would be tainted; they spray-paint over it. I’m not going to be able to spray-paint over Mark Driscoll because his platform is hundreds of times larger than mine, but I’ll be able to reach a lot more people with the small amount of time I have each week if I keep my blog where it’s currently located.

If you’ve got more time on your hands than I do and you want to organize readers to boycott Patheos’ platform, I won’t be mad at you. Go for it! One suggestion that I heard was to offer my platform to Mark Driscoll’s old church members to give them a voice. That’s a great idea which I’m definitely going to explore. If you have any other ideas of what I might do to oppose toxic Christian masculinity (without continuing to make Mark Driscoll the center of attention), I’m very open to hearing them. If you think I’m framing how I think about this issue wrongly, I’m open to hearing that too. For now, I will continue to post blogs on Patheos in the few tiny cracks in my schedule when I can.

Please support our ministry NOLA Wesley through a one-time gift with PayPal or a monthly patronage at Patreon! 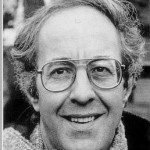 October 19, 2017
Why you need to read Henri Nouwen
Next Post

October 31, 2017 Ten Principles for the Next Reformation
Recent Comments
0 | Leave a Comment
Browse Our Archives
Related posts from Mercy Not Sacrifice