As long as I’ve been part of the church (which is going on 40 years), Christians and pop culture have had an uncomfortable relationship. The church is happy to have movies, music and books that celebrate the faith, but they squirm when art dares to challenge, question or provoke.

And what about artists who are blatantly opposed to belief? That’s where Joe and I start talking this week on the latest Cross.Culture.Critic. podcast. Spurred on by a recent conversation he had about comedian Ricky Gervais, we discuss what we do with artists and art that attack the faith. From there, we move on to discussing movies that have provoked and challenged us, and the lines we all have to draw for ourselves. For fans of movies like “Dogma,” “The Invention of Lying” and “The Last Temptation of Christ,” I hope this is a fascinating and graceful conversation.

We also talk about how we spend Easter, so it’s not all serious talk. I hope you enjoy!

I hope you enjoyed the series I started adding to these posts last Friday, where I give you a selection of TV shows, movies, books and more to enjoy over your weekend. Given that we’re headed into Good Friday and Easter, I wanted to center this on art that could help put you into a meditative state. Here are some selections for films, music and other items that might be good to engage in this weekend. Some of it is a bit challenging and irreverent, but I think provides good fodder for discussion.

The Passion of the Christ: Mel Gibson’s 2004 film is problematic, yes, as is Gibson himself. But revisiting this a few years back, I found myself both moved and repelled by this ultra-violent, uncomfortable meditation on Christ’s final hours. I think churches miscalculated by treating this as an evangelistic piece upon release; the film is so focused on the death of Christ that anyone not familiar with the gospel story will likely find it in accessible and often revolting. As a Christian, I find its obsession with torture and suffering to be too narrow, missing the context of Christ’s compassion, faithfulness and victory. And yet, few films are as suitable for Good Friday, a day when we stop everything and focus on Christ’s death. Gibson’s film is raw and unflinching, a meditation on Christ’s suffering than I can only return to every few years. But it’s a contemplative piece that helps me remember Jesus’ sacrifice and the depth of his love.

“The Jesus Record” by Rich Mullins: This 1998 album was released shortly after the iconic singer-songwriter’s death. At the time, Mullins was finishing an album of songs about the life of Christ, but had only recorded some rough demos with a piano and guitar. A group of friends in the CCM industry finished the album and the result was a two-disc collaboration featuring Mullins’ original rough drafts and the finished project. Songs like “Hard to Get,” “Surely God is With Us” and “You Did Not Have a Home” capture the sometimes gritty, sometimes challenging lyrics Mullins was known for. While I prefer to hear the singer’s voice through the demo tracks, some of the finished work by the other artists holds up well, particularly Michael W. Smith’s “That Where I Am You May Also Be” and Rick Elias’ “My Deliverer.” It’s a traditional listen for me on Easter weekend, a great way to be put into a frame of mind about the life and death of Christ.

The Gospel According to St. Matthew: This 1964 film might be hard to find, but if you can track down a copy of it (it’s available via Criterion), it’s well worth it. Pier Paolo Pasolini was a provocateur and a controversial filmmaker, but his take on Matthew’s gospel is a faithful, literally by-the-book retelling. Using only dialogue taken from Scripture, the black-and-white film sticks to the text, but is never a staid, dry re-telling. It moves fast and has the grit and grime of reality. Enrique Irazoqui’s portrayal of Christ is vibrant, almost a revolutionary, and Pasolini captures the revolutionary feel of Jesus’ words. I tend to prefer my gospel adaptations to err on the side of creativity and imagination as a way to prompt meditation, but this might be my favorite straight retelling of the gospels.

Babette’s Feast: Technically, this would be a better pick for Maundy Thursday, but Gabriel Axel’s 1987 adaptation of Isak Dinesen’s story is so full of grace and redemption, that any holiday would provide a worthy excuse for watching (it’s also a good Thanksgiving pick). The story of a congregation prone to legalism and self-righteousness tossed into confusion when their French cook throws them a feast is a warm, funny and continuously surprising story of community, grace and love. If you haven’t seen it, I don’t want to spoil the tale. Just know it’s one of the great cinematic pictures of fellowship that I’ve seen.

Jesus Christ Superstar: I’m a big fan of Andrew Lloyd Webber’s rock opera about the passion of Christ, particularly as told in Norman Jewison’s 1973 film. While the musical takes liberties with the Gospel story, I think the songs are fantastic and the project itself captures one of the undeniable truths about Christ’s life: Every person who met him had an opinion about who he was; no one was neutral. On Easter evening, NBC will present the musical live, starring John Legend as Jesus, Brandon Dixon (“Hamilton”) as Judas, Sara Bareilles as Mary Magdalene, and Alice Cooper as Herod. I’ve been mixed on NBC’s live musicals, but I’ll definitely be tuning in to see how this update fares. If it’s good, it could be the rare opportunity to showcase Christ’s life in prime time; if it’s bad, we still have the movie. 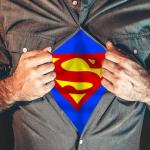 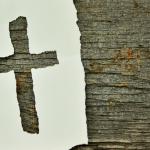