Different accounts of Jesus birth and infancy—the Christmas stories found in Matthew 1—2 and Luke 1—2—are irreconcilable and beyond reasonable harmonization.

Last time we explored why it was highly unlikely that the two accounts of Jesus’ birth and infancy originated with Mary or Joseph. There we repeated something often claimed in this series of posts, namely that the two Infancy Narratives of “Matthew” and “Luke” are very different. Why do Biblical scholars, such as Raymond E. Brown, regard the Infancy Narratives of Matthew 1—2 and Luke 1—2 as being so different?  What makes them so different? Let’s examine each of these differences carefully.

In the Matthean birth story, Joseph and Mary live in a house in Bethlehem (Matthew 2:11). Now I know what many of you reading this are thinking. “A house? That’s different! I never heard that before!” Right. It’s because you’ve watched many movies, and prayed many Rosaries,  looked at many Manger Scenes, been to many Christmas pageants, and seen Hallmark cards and much religious artwork. And none of these presented Mary or Joseph living in a house in Bethlehem. Of course it sounds different!

But that’s exactly what “Matthew” tells us. In this Gospel, Joseph and Mary are natives of Bethlehem. They aren’t visiting Bethlehem—there is no census in “Matthew.” They originate there. So, naturally they stay in Bethlehem until the child is nearly two years old (2:16). When Herod tries to murder their young child they flee to Egypt. The only reason they cannot go back to their hometown Bethlehem after old man Herod is dead is out of fear of what Herod’s son will do. Consequently, they go from Egypt to Galilee, to a “city” (??!!) called Nazareth. The implication is that they have never been there before (2:22-23).

It’s right there in the text of “Matthew.” Why have we never seen it before? Might I suggest it could very well be because all of the Christmas devotions and observances have done the work for us? The net effect of these highly impactful and sentimental influences is that, were we to actually read Matthew 1—2, our brains would plug things into our reading that aren’t there!

Matthew 2:10-11—
They were overjoyed at seeing the star, and on entering the house they saw the child with Mary his mother. They prostrated themselves and did him homage. Then they opened their treasures and offered him gifts of gold, frankincense, and myrrh.

According to the Matthean infancy narrative, Joseph and Mary are natives to Bethlehem! They live in their house there! Houses would be part of patriarchal compounds with as many as 50 to 100 people.  There is no Lukan manger mentioned, and definitely no stables! The author “Matthew” expects his audience to understand this, being that he writes for people equipped with culturally-appropriate auxiliary background information. We Western Christians, reading with spurious familiarity, are blind to this.

“Matthew” has no idea some other author we name “Luke” is writing another account of Jesus’ birth and youth. There is no way he is leaving out biographical details for another writer to fill in. Also, his text cannot be a narrative jigsaw puzzle piece to fitted into a greater whole comprised of other Gospels—no way “Matthew” intended that! But onward we go treating all of them as such.

Matthew 2:16—
When Herod realized that he had been deceived by the magi, he became furious. He ordered the massacre of all the boys in Bethlehem and its vicinity two years old and under, in accordance with the time he had ascertained from the magi.

Notice that the family remains in Bethlehem, their hometown, until the child is approximately two years old. This is very different than what we are told about Jesus’ birth and infancy in “Luke.”

Different Reasons for Going to Nazareth

Matthew 2:22-23—
But when [Joseph] heard that Archelaus was ruling over Judea in place of his father Herod, he was afraid to go back there. And because he had been warned in a dream, he departed for the region of Galilee. He went and dwelt in a town called Nazareth, so that what had been spoken through the prophets might be fulfilled,  “He shall be called a Nazorean.”

Again, according to “Matthew” the family’s real home is Bethlehem. The only reason they cannot go back there after the flight to Egypt is their fear of Herod’s son! So, consequently, they travel into Galilee, to a “city” called Nazareth. The narrative implies that they have never been there before.

Notice how “Matthew” deals with Jesus being associated with a lowly, nothing-place such as the hamlet called Nazareth. “Matthew” was embarrassed of Jesus’ lowly Galilean origins. So what does “Matthew” do? He emphasizes his Davidic heritage. Bethlehem was called “the city of David” his origin village.

How is “Luke” Different?

In the Infancy Narrative of “Luke,” Mary and Joseph live in Nazareth. This implies they were born there and lived there entire lives there. They go to Bethlehem only because of a census (1:26; 2:4). But “Matthew” says nothing about any census!

So there are no references in “Luke” of the family being in Bethlehem for almost two years after the birth. There is nothing about magi coming to Jerusalem and to Bethlehem and turning the world upside down there. “Luke” is silent about any slaughter of the innocents in Bethlehem. He lacks anything about the flight into Egypt.

Luke 1:26-27; 2:4-5—
In the sixth month, the angel Gabriel was sent from God to a town of Galilee called Nazareth, to a virgin betrothed to a man named Joseph, of the house of David, and the virgin’s name was Mary… And Joseph too went up from Galilee from the town of Nazareth to Judea, to the city of David that is called Bethlehem, because he was of the house and family of David, to be enrolled with Mary, his betrothed, who was with child.

It is pretty clear here that “Luke” presents Mary and Joseph as being natives of Nazareth, not Bethlehem. Despite what “Matthew” claims, “Luke” says Nazareth is their true home. They never would have been in Bethlehem at all except for the census.

Luke 2:22; 39—
When the days were completed for their purification according to the law of Moses, they took him up to Jerusalem to present him to the Lord…When they had fulfilled all the prescriptions of the law of the Lord, they returned to Galilee, to their own town of Nazareth

Look carefully here. “Luke” tells his audience that after the birth of Jesus, Mary and Joseph visit Jerusalem to present Jesus at the Temple. Wait a minute!—that’s where Herod the Great lives, the one “Matthew” tells us desires Jesus dead! Why is there no threat of Baby Jesus being killed by Herod in “Luke”!

No sweat, the Holy Family has a peaceful visit to the Temple. This is followed in “Luke” by their return to Nazareth where they remain. Notice “Luke” knows nothing about any trips to Egypt, or returns from Egypt?

“Luke” simply doesn’t have any room for a murder spree of infants or an adventure in Egypt-lang. Unlike “Luke,” Matthew 1—2 is a tale of terror.

These narratives are simply not reconcilable. They cannot be harmonized except by the mental gymnastics of fundamentalists.

But they both present treasuries of the meaningfulness of Jesus. And they also have several common points about the Lord. We will explore these next time. 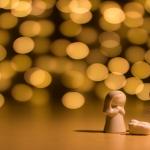 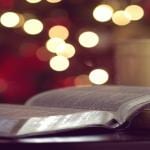 December 10, 2019 History or Not? Discrepancies in Jesus' Birth Stories
Recent Comments
0 | Leave a Comment
"No"
Ame Apocalypse & 666: What Does this ..."
"That's right. We can never be certain so let's not try. /s"
Raymond Timothy and Titus Are Forgeries, and ..."
"That's right. Context doesnt matter. Knowing anything about the history and background of Scripture just ..."
Raymond Timothy and Titus Are Forgeries, and ..."
"If you have time please take a look at this.Obama lottery 666 you have got ..."
geirsmith Apocalypse & 666: What Does this ..."
Browse Our Archives
Related posts from Messy Inspirations