Disinfectant to the lungs from “Dr. POTUS” Trump or authentic hope?—the choice is yours!

Inject the disinfectant. Sounds like “drink the Kool-Aid” at Jonestown. Which, of course, many Trump-supporters have already. Copiously.

This Thursday, during his daily campaign propagan—er, “press briefing,” President Donald Trump suggested a curious possible remedy for Coronavirus. The possible deterrent? An “injection” of disinfectant into the lungs of someone sick with COVID-19.

Let that madness sink in for a moment.

Many Trumpers reading this, whose minds have been cleaned by the disinfectant of cult-fanaticism, no doubt scramble to the defense of their God-Emperor. “What he meant to say was… blah-blah-blah, yackity schmackity.” It’s okay. Save it. I’m not drinking the Kool-Aid.

Just like I am not drinking or injecting or taking an enema with disinfectant, K? Or for that matter taking any advice from a dangerously incompetent manchild who doesn’t care if you or I die just so long as he and his cronies stay filthy rich. Don’t cry for them. They are $280 billion richer since the pandemic began.

For many going through these dark times, it’s difficult to find hope. Despair invites its dark embrace. But hope is close. It’s not elusive. We just need to apply the true disinfectant of metanoia to our prejudiced ideas and wishful thinking.

Good News: our future is not set, folks. Our fates remain unsealed. We co-author the not-yet-real future with the Great Allower, God. Our lives are co-authored. And besides this, we are in Eastertide, season of transformation and the surprising nature of divine love.

In an earlier post we spoke about how Omniscience does not blot out human freedom. It’s true. Ours is a real participation in the co-authoring of Creation. It’s all God’s work, but that work happens in our irreducible yeses and nos. God does not hold our vocations somewhere up high and prayerful discernment is not a guessing game. God is close. Hope is close. And we co-author together.

We’ve come a long way since New Testament times. With a direction from our ancestors in the Faith, together with ample disinfectant used on terrible theological understandings about human freedom and participation (both on monergisms and synergisms), tremendous hope presents itself to us!

To see what I mean allow me to paint two very different, very possible scenarios. Neither can be without our yeses and nos playing a part in their co-authorship. They are just two of countless possibilities. The first is happy, like chocolate bunnies with family on Easter Sunday. The second, not so much.

Here is the first. Congress passes a New Emergency Stimulus Act. Included in it are a moratorium on all rent and evictions for one year and $2,000 checks given monthly to all Americans making under $130,000 annually. Together with this awesome show of solidarity and unity, a vaccine is produced, tested, and made available in record time by global effort. Americans gradually begin working outside, pulling together for the common good, perhaps in July and return indoors around mid-November 2020 through February 2021.

But we never “go back” to what was before, because that was unsustainable. Instead, in ways that both Mother Teresa and Gene Roddenberry would together applaud, we drastically improve the global environment and plight of human suffering. We work together to avoid wars and we, as a world united, cancel debts from the pandemic.

In one variant of this possible future, Trump does the best thing he’s ever done for this country: he resigns. We elect good and competent people, not sociopaths, to office at all levels. The outlandish POTUS power accrued in the Bush-Cheney-Rumsfeld years is reduced. Within 50 to 100 years, the environment returns to preindustrial states through new technologies and human ingenuity working together as a globe. Religion and science dance together.

Should this very real scenario happen, it will be in our yeses and nos.

But imagine another, grim scenario. Sometime late this summer, massive evictions are happening all over the United States and deaths from the pandemic skyrocket. The Democrats and Republicans, mostly millionaires who cannot identify with common Americans, sit idle while many of their “inferior plebeians” suffer. Bishops sit safe in their mansions without empathy for their slave-class Diocesan workers and teachers.

Republicans like Senate Majority Leader Mitch McConnell hold fast to their values, dig in, and refuse to give an inch. Meanwhile the Neoliberal Democratic House and establishment consider letting things tank because they believe it will ensure Democrat victories in the Senate and White House in November. No moratorium on evictions happen, and no moratorium on rents get passed.

By fall 2020, with sick homeless people everywhere and some places in starvation, the most horrific civil war in the history of planet Earth erupts. It’s waged in neighborhoods. Hell goes house to house. The military turns on the White House and Congress, because they’re mostly poor also. Misery is everywhere. Murder reigns. Executions, not only of politicians, but of average Americans, follows. Imagine lynched families hung from their own trees in their yards. A dark age follows. Who could want such a terrible scenario? This, too, happens only in our yeses and nos.

My God, let’s avoid such a terrible path.

In “The Philosophy of Existentialism,” Gabriel Marcell defines hope—“Hope consists in asserting that there is at the heart of being, beyond all data, beyond all inventories and all calculations, a mysterious principle which is in connivance with me.” Marcell continues, saying that this “mysterious principle” cannot help but to will what we will IF what we will DESERVES to be willed and is willed with the whole of our being.

How happy are we that the “mysterious principle” with us in connivance is the God of Jesus Christ, crucified and risen, Goodness itself.

Let us will the good with the whole of our being. Let us co-author generously, hopefully, and use the healthy disinfectant of love everywhere. Amen. 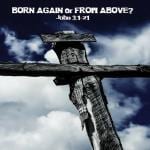 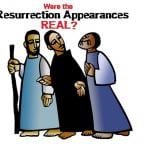 April 28, 2020 Appearances of the Risen Jesus: Emmaus and Beyond
Recent Comments
0 | Leave a Comment
"My thoughts to be shared are found in previous responses:https://www.patheos.com/blo...https://www.patheos.com/blo..."
Ame Trump and 666—Any Connections?
"This seemed very fair and useful, with many useful truths in it, right up until ..."
kingmcdee More Important than Belief in the ..."
"Does Babylon have to do with Rome and 666 to do with Nero? With a ..."
Ame What Do Babylon & the Sea ..."
"I do appreciate the deconstruction of the truly Western-centric, fundamentalistic, literalistic interpretation of Book of ..."
Ame Apocalypse & 666: What Does this ..."
Browse Our Archives
get the latest from
Messy Inspirations
Sign up for our newsletter
POPULAR AT PATHEOS Catholic
1

How White Men Lost the Meaning...
suspended in her jar
Related posts from Messy Inspirations 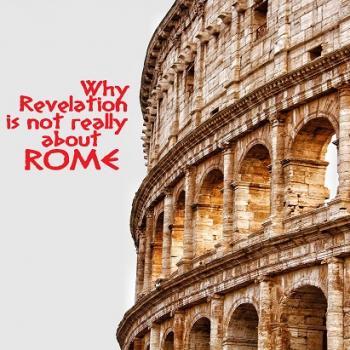 Catholic
What Do Babylon & the Sea Beast of...
Messy Inspirations 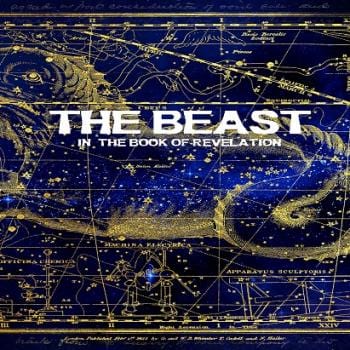 Catholic
The Beast in Revelation: What and Who?
Messy Inspirations
TRENDING AT PATHEOS Catholic