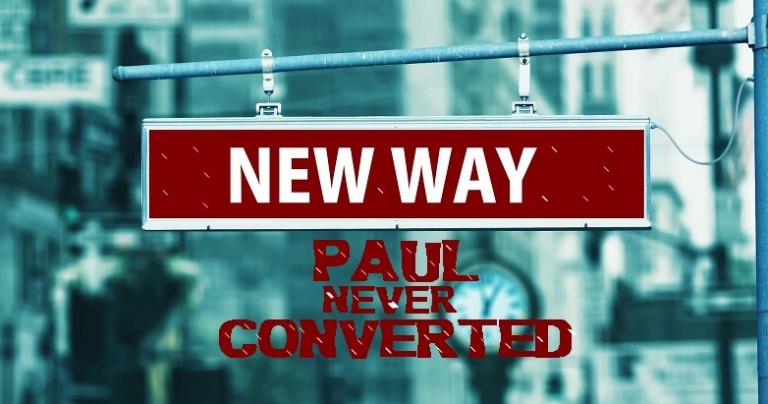 That Paul never converted (he never switched religions) makes for a fascinating discussion on the Feast of his Conversion.

Today is the Feast of the Conversion of St. Paul, Apostle, and challenging person to be around. The only problem is a little fact that Paul never converted. Paul was born Israelite and encountered Jesus, messiah, as an Israelite. Then, he labored as an Israelite slave for Jesus. Also, Paul expected Israelite theocracy all his days. And finally, Paul died an Israelite. So no conversion! See?

Here’s a great resource—600 video presentations and Scripture aides!—for helping you see things better about Jesus, the Bible, and Paul.

What Do You Mean By Paul Never Converted??

“But didn’t Paul convert to Christianity?” I can think of two good reasons why Paul never converted to Christianity. First, because Christianity didn’t come into existence until 325 CE. Second, because “conversion” means to transfer from one group to another, already existing group. All his days, Paul was Israelite, before, during, and after his experience with the Risen Jesus.

We call today the Feast of the Conversion of Paul. But it really is the celebration of his commissioning by God in Alternate Reality (Galatians 1:15-17).

Not only Paul never converted, meaning himself, but Paul never converted anyone else as well! Contrary to rampant spurious familiarity, Paul wasn’t “winning converts” in Thessalonika or Corinth to another group competing with first-century Israel. Instead, Paul disseminated an innovation (the Gospel, or “good news,” he shared. He worked among Israelites so that they would adopt the innovation.

If Paul Never Converted, What Was He Doing Then?

Paul proclaimed a new stage the corporate history of Israel. The God of Israel had launched something new. Paul communicated this innovation, the “Gospel of God,” to his own people. Therefore, what happened to those Israelites who adopted this innovation is not conversion.

When theologians and preachers talk about Paul converting souls or about his own conversion, it’s a mess. This is because our look at such “conversions” is anachronistically psychological. It is also ethnocentric, presuming a similar experience to what happens when people today “accept Jesus” and are “saved.”

This is usually how we romanticize Paul and his evangelizing. We imagine that Paul would go from city to city. Upon reaching a Gentile town, Paul would begin urging everyone to join the Christian Church there. We imagine he was urging Gentiles to abandon their “pagan” religious group and commitments, and join the Christian group, hence transferring from one group to another. Scholars Bruce Malina and John Pilch are right to call this model “misplaced.”

First off, no Jesus groups existed yet in the Mediterranean urban centers. Paul proclaimed the innovation of what God did in Israel. Paul never converted anyone because social conversion involves an either/or choice between this or that group. In contrast, Paul presented a yes or no, an option to adopt an innovation within the same Israelite group. Paul never converted anyone because he didn’t offer anyone a choice between different groups—there was no other group!

When a “Greek” Israelite émigré accepted God’s revelation articulated by Paul in his Gospel, this was not a “conversion.” What was it then? It was nothing more than merely giving continued obedience to the God of Israel. Hence, those who accepted Paul’s innovation, Israelites, remained obedient to their Patron God before, during, and after Paul! Paul never converted anyone in the Mediterranean world, least of all himself.

Getting back to Paul himself, we find more spurious familiarity Christians bring to the book of “Acts.” This is especially true concerning its reports of Paul’s so-called conversion where he, presumably, received a change of name, Acts 13:9). However, Saul of Tarsus never changed his name to Paul. In fact, Paul always had two names, one for barbarian Israelite insiders (“Shaul”), and the other for “Greek” Israelite outsiders (Paulus).

Paul Never Converted, But He Was Transformed!

Now, saying Paul never converted himself or anyone does not suggest that he and his clients did not experience profound transformation in Jesus messiah. Paul was transformed in and by Christ and commissioned to spread the innovation. Even though he didn’t really care about Non-Israelites, Paul’s work eventually, after centuries of unpacking in the Spirit, did work out to make for a Gentile Church. Ultimately we are still unpacking this. Who are the outsiders and the insiders? Who are those out of bounds, and who are those who belong (e.g., LGBTQ folks)?

There is so much spurious familiarity concerning St. Paul. Messy Inspirations can help you sort it all out. Here are a few resources to challenge and support you this week in which we are (hopefully) mindful of Paul and his “conversion.”

Clearing Up Spurious Familiarity about Paul:

Who Was Paul Really?

Was Paul Really a “Jewish Christian”?

Is the Paul Presented by “Acts” Historically Accurate?

Paul’s Evangelization: Who, What, Where, and Why?

The Life of Paul Up Until His “Conversion”

January 22, 2021
WandaVision: Perhaps the Deepest Marvel Yet
Next Post 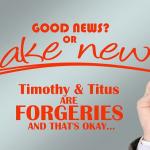