If you truly love your country, don’t be stupid, American Catholics.

“Are you proud to be an American, where at least you know you’re free?” Then don’t be stupid.

Are you proud of Uncle Joe Biden and Kamala Harris and that we got rid of the monster Donald Trump? Don’t be stupid. Trump is an ever-present threat. He’s kingmaker and king for far too many Americans. And Biden/Harris being “way better” than the Trumpster isn’t saying much. I put something in the toilet this morning better than Trump’s presidency. I wouldn’t call that an accomplishment.

Would you rather live here in the States than anywhere else? So do I. Empire can be safe. But don’t be stupid. We have a supreme court, deaf to child victims of human trafficking, siding with slavers. Do you have Nestle products in your home? Don’t say anything then.

Don’t Be Stupid With the Migrant Situation

In Guatemala City, Vice President Harris of the Empire of the American Elites warned the “worthless” nothing-people (like Christ) from Guatemala to stay away.

We should have laws and borders, sure. But let’s not kid ourselves about why this message was given. Cages are still working, I’m afraid. If you were horrified at the treatment of migrants by Trump but not so much by Obama and now Biden, you are being stupid. Don’t be stupid.

Do you feel good about voting for Obama and the administration he provided? Don’t be stupid. Weigh him fairly. Look also at human slavery in Libya. Or his hypocrisy with Jeremiah Wright, who was being prophetic, by the way. Don’t believe me? Take up Amos some time and read it. Then go read about Obama himself admitting his own narcissism. We produce narcissists by the kilotons here!

Are you proud that there are people of color in the White House? Great. But don’t be stupid. The one color allowed in the oval office is green. Green supremacy and green supremacists rule the States. Look past the black and brown skin, or the orange skin, and ask yourself, “Do we need any more mascots for oligarchs and elites?”

Obama and Harris are just like Uncle Joe in that when it comes to class struggles, they consistently side with the bosses, not the workers. Harris is another Great One. It may be a far better verse than the Trump part of the song, obviously. But like Trump, and like the Bushes, like the Clintons, and yes, like Obama, it is the same old miserable song. Only Great One’s matter in the USA.

Are you enabling these elites? Don’t be stupid. Better than the Monster Trump? Undoubtedly, and that’s not saying much! So save the “Biden is way better” mantra. Way better than the Trump Crime Syndicate isn’t hard, America!

Don’t Be Stupid With Psychological Problems

Like fundamentalism, American political fanatics present a psychological problem, not an intellectual one. These types aren’t only on the political right, my friends. Anyone with half a brain cell can sniff out Uncle Joe Biden’s record for terrible ideologies, racist tendencies, and penchant for sexism. But psychological blocks cover up the obvious!

I come from the not too far away land of South Florida where “the Guat Hunters” murdered Onésimo López-Ramos. Don’t know him? Why would you? The Church of South Florida didn’t even shrug, except for a few very different persons doing their best to break the mold.

It happened just a little north of the Archdiocese of Miami, the religious fiefdom of the tyrant Thomas Wenski. Back on April 18, 2015, three white teenagers savagely beat the Guatemalan immigrant to death. They praised themselves with the moniker “Guat Hunters.”

Why did brothers Jesse and David Harris, together with Austin Taggart, brutally murder López-Ramos? The horror story made all the major papers read by all the Florida Catholics. What gives? Maybe it was because López-Ramos was Guatemalan and migrant? Like VP and VIP Harris says, “STAY OUT, Guatemalans!”

Don’t Be Stupid or Lukewarm

López-Ramos’ sister belonged to St. Peter’s Parish in Jupiter, Florida, where the murder happened. With help from one committed immigration lawyer, they organized a small coalition march. A few people participated in the march, including one priest, one permanent deacon, a religious sister, a retired lay theologian, his wife, and a few other fiery types.

Did any diocese or parish (besides St. Peter’s parish) issue a statement, offer prayer service, or vigil on behalf of López-Ramos and his family? Did the Palm Beach Diocese, Archdiocese of Miami, or the greater Florida Catholic community do or say anything about this? Or was there was only silence and nothing else? What do you think?

Why the Deafening Silence?

Why do you think that silence happened? Maybe go sit before the Blessed Sacrament for an hour or two and give it a think. Many Catholics love to do that for hours on end down in Florida. They will sit and bask in Jesus, reinforcing the congenial Jesuses in their brains. But when it came to crying out like the ground for the blood of Onésimo López-Ramos, what did all that God-staring do? Sadly, it didn’t bear much fruit, huh? Strange!

But then again, strange fruit is common to Christians down south, isn’t it? In fact, strange fruit has been hanging all over Florida and the United States throughout our bloody history. Who’d have thought that Catholics would be cozy with racist xenophobia? But comfortably (and arrogantly) wrapped in our superabundance, privilege, God-sanctioned supremacy, and affluence, who’d bother to look?

Don’t be stupid. We American Catholics are the walking dead. Go watch that show. The undead there are only fx and make-up. Us? We are the real deal. Resurrection, the ultimate healing, won’t happen without repentance, fellow zombies. And yes, the left must repent of their idols, also! 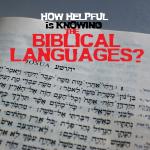