“Are You Still Catholic?” 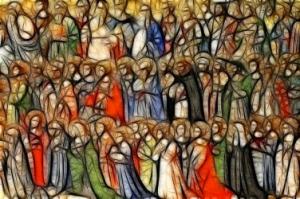 To say that my transition from a staff apologist at Catholic Answers to a freelance writer has been a bumpy one is an understatement, to say the least. Perhaps one of the more difficult aspects has been trying to navigate Twitter. On the one hand, freelance writers need Twitter to keep their names out there, to draw in readers for their work. That requires involving oneself in discussions, and doing so in a forceful, punchy style that draws interest. For an introvert who has never enjoyed the public aspect of apologetics work, that’s not easy.

Then too, there’s the challenge to establish my own identity. For two decades, I’ve had to be mindful that I was presenting the faith to Catholic Answers’ clients in a way that was “on brand” for the apostolate. While there was certainly room for expression of personal opinion, it needed to be constantly qualified as personal opinion and the focus needed to be on the message Catholic Answers wanted to project (which, to be clear, is a reasonable expectation).

Some readers are wondering if I’m still Catholic. Or if I still want to be Catholic. After one sharp exchange I’d had with a priest on Twitter, someone with a keyboard commented about me, “please pray for her.” Well acquainted with passive-aggressive prayer warriors in cyberspace, I didn’t think much of it. But when I shared the exchange on Facebook, a non-Christian friend wrote, “Do you see yourself eventually leaving the Catholic church? To say that you no longer seem to fit in would be an understatement.”

Oof. This friend had clued into something even my colleagues at Catholic Answers, with whom I’d worked closely for a couple of decades, hadn’t managed to pick up on—despite my waving all sorts of warning flags. Over the years, I have indeed considered leaving the Church. For a small sampling of the articles I wrote for Catholic Answers, in which I all but jumped up and down and screamed about my struggles, click here, here, here, and here. Once, I even walked into my director’s office and asked him how he would advise me to approach a “friend” who was thinking about leaving the Church for Episcopalianism. So far as I know, it never occurred to him to question the “asking for a friend” cliché. His advice to me on that occasion was purely apologetical in nature.

But now that I’ve been on my own for a few months, I’ve discovered that I no longer am experiencing temptations to leave the faith. I’m still Catholic and have no plans to leave the Church. Recognizing that I can’t see into the future, I can still say now I don’t see myself as eventually leaving the Church.

There were several factors involved in my years-long struggle with temptations to leave the Church:

I stopped going to Sunday Mass. Believe it or not, the pandemic helped save my faith. For the last two years before COVID-19 struck, I hardly ever went to Sunday Mass. Before that, I rarely attended daily Mass at Catholic Answers, but I’d always met the Sunday obligation. But then I stopped. In those two years, I probably went to confession for missing Mass more often than I went to Mass. (The whole “seal of the confessional” thing meant that the chaplains at Catholic Answers knew what was going on, but they weren’t allowed to say anything.) That tension between not practicing but still believing eventually led me to checking out the services at a local Episcopalian church. Now that there’s a dispensation from the Sunday obligation still in effect in my diocese though, and I’m not obligated to go to Mass, I find myself willing to go sometimes. How that will work out once the obligation is reinstated, I don’t know, but I’ll worry about that when it happens.

I was burned out on apologetics for at least five years before I left Catholic Answers. My strengths have always centered around helping people resolve problems they were experiencing as a result of their faith. I was never particularly interested in learning Aquinas’ five ways of demonstrating the existence of God and some of the philosophical discussions my colleagues enjoyed left my brain feeling like it had been scraped over a cheese grater. I just liked helping people find resources to give their kids, figuring out if they could go to a relative’s wedding, and deciding whether or not they needed to pursue an annulment. In my writing, I enjoyed helping readers understand where people from non-Catholic perspectives were coming from, which is one reason why my three “20 Answers” booklets for Catholic Answers all dealt with non-Christian religions.

Unfortunately, as I found out over time, Catholic Answers was moving away from the kind of work I enjoyed and focusing its attention on doctrinal and moral issues. My “Ann Landers” approach to helping people, if you want to call it that, wasn’t what was needed. It’s entirely reasonable for interests and goals to diverge in that way, so please understand that this isn’t a criticism of anyone at Catholic Answers, just an explanation of why I became burnt out over time. And, now that I’m on my own, I can focus on the topics and issues that interest me.

In answer to my friend’s question, I may find it difficult sometimes to meet the Mass obligation, and have paradoxically have found that the absence of the obligation has helped me want to attend Mass more often. I may no longer want to practice the kind of apologetics that focuses on purely doctrinal and philosophical debates. And I certainly no longer fit into the conservative American Catholic bubble.

But I’m still Catholic, and I no longer see myself leaving the Church. If the opportunity presents itself, I’m certainly open to visiting Episcopalian services, but I’m no longer thinking about swimming the Thames. I still fit into the Catholic Church because being Catholic is not limited to those who practice their faith perfectly or who identify as conservative.

Watching Movies Should Be More Than a Passive...
Sacrifice and love are constant universal themes that make a story worth...
view all Catholic blogs
What Are Your Thoughts?leave a comment
Copyright 2008-2021, Patheos. All rights reserved.
Close Ad