Banishing the Boogeyman of Cultural Marxism, and Other Pastimes

I hope this missive finds you well: staying cool, keeping yourself safe and adequately fed, and preparing for the coming revolution. I write to you from deep within my walled compound, from which I intend to unleash another salvo of revolutionary writings intended to subvert modern Paganism, corrupt Western civilization, destroy capitalism, and dismantle the freedom-loving classical-liberal democratic republics of the world, clearing the way for the institution of a politically-correct totalitarian Marxist-feminist multiculturalist autocracy! Yes, comrades, it’s a glorious future before us, one in which white middle-class Pagans will be forced to surrender all of their meager privileges along with their oppressive spiritual traditions! A future in which gender is abolished, heterosexuality is forbidden, and humor is outlawed! A beautiful, perfect future of Cultural Marxism awaits us, comrades! Together, we…

…okay, I have to stop. I can’t keep a straight face while typing that dribble.

In case you were wondering, the opening nonsense of this post was inspired by an accusation that’s been lobbed at me a few times lately. (No, not that I’m a terrible writer. Hush, you.)

The accusation is that I’m a cultural Marxist.

For those of you unfamiliar with the term, “cultural Marxism” refers to a right-wing conspiracy theory rooted in the idea that a cabal of Jewish Marxist philosophers and social theorists known as the Frankfurt School has been waging a war on “traditional American values” and white ethnic pride for the past eighty years or so, using the insidious weapons of political correctness, sexual liberation, feminism, rock and roll, communism, and whatever other bugaboos will scare middle-class white Americans into fearing and hating the enemies of the right: intellectuals, people of color, feminists, Jews and other non-Christians, non-heterosexuals, and so on.

I swear to the gods, I am not making any of this up.

When I was first the recipient of this accusation back in September, I found it utterly hilarious, and said so. It’s come up a few more times since then, usually in comments on my posts on the Patheos Pagan Facebook page, such as the one about Paganism’s TERF problem. I’ve also started to notice it in comments on some other Patheos writers’ posts, especially those writers who also like to kick alt-right douchebags around, or who have the temerity—the unmitigated gall, even!—to suggest that women, people of color, and LGBT+ folks deserve the same basic respect and dignity as any other human being.

So, here’s the thing, dear ones: I’m not especially invested in running around popping other folks’ reality bubbles. I mean, the way I figure it, everyone’s got their belief systems, and everyone’s entitled to their own brand of ignorance and damnfoolishness… up to a point.

That point for me, the point at which I start blowing the okay-time’s-up-everybody-out-of-the-pool whistle, is when they start advocating hate. That’s why I called out TERFs. That’s why I have no time for white supremacists, here or in any other social media platform I’m on. That’s why I’ve taken a certain amount of glee kicking the AFA for being knuckle-dragging racist dipshits. And that’s why I’m pointing out that there are people right here in our very own communities who think nothing of rolling into comments on a relatively mainstream media outlet—like, yes, Patheos—and slinging around anti-Semitic garbage like “cultural Marxism” like they’re guests on a Fox News segment.

In 2003, Bill Berkowitz wrote an article for the Southern Poverty Law Center’s magazine The Intelligence Report expressing concern that this “cultural Marxism” conspiracy theory, pushed by right-wing ideologues as a kind of informational warfare against their “opponents” on the left, was catching on with white Americans. Fifteen years on, I think we’re forced to admit he was entirely correct.

I’d love to say that I’m disappointed that Pagans, polytheists, and other p-words are buying into this horseshit, but honestly, I’m not even remotely surprised, much less disappointed. After all, there’s an element in some sectors of the p-word community that actually enjoys feeling victimized and oppressed. This goes back to some of the pointed comments I’ve made about the p-word community‘s marked discomfort with power and accountability. It also reminds me of the drama triangle, Stephen Karpman’s social interaction model in which there are three roles: the Victim, the Rescuer, and the Persecutor. Somewhat counter to expectations, the Victim is in the most powerful position of the three roles because, unlike the Rescuer or the Persecutor, the Victim is able to exercise power without accountability, under the guise of powerlessness.

The more I look at the modern p-word community, the more I see a lot of scared people, mostly white men and women, exercising power while claiming victimhood. I see it from “traditional” witches, Wiccan and otherwise, freaking out when asked to remember that not everyone in their audience is straight, cisgender, or white. I see it from supposedly “feminist” writers demanding not to be judged on the basis of their biology, while simultaneously establishing biology as the criterion for establishing gender. And, most immediately, I see it from middle-class white men howling about being oppressed by the “cultural Marxism” of Pagan and polytheist writers—whose work, let’s remember, is being provided free of charge—expressing opinions they find threatening… opinions like “we should stop abusing women” and “we should respect trans people” and “being diverse and inclusive is a strength, not a weakness.”

I used to find the whole “cultural Marxism” thing funny. That was before I’d actually given thought to what it indicates.

Am I part of a vast Jewish-Marxist intellectual conspiracy to undermine white American values? No, of course not… because no such conspiracy exists, except in the minds of scared white people buying into a belief system that shores up their failing senses of self-esteem. It’s a phantom based in fear, in anti-Semitism and racism. It’s a boogeyman invented by people who want to keep white people scared, because scared people are easily manipulated into making poor decisions.

Of course, those of us who walk the line between this world and the worlds beyond should know how to deal with such phantoms. We start by banishing our fears and refusing to cower in the face of the boogeyman. We start by choosing to stand with one another, rather than shrinking from one another. Making our communities welcoming and accepting doesn’t mean not having standards, nor does it mean that all things are meant for all people, nor that anyone is entitled to anything they want, simply because they want it. It means that being diverse and inclusive really is a strength, rather than a weakness. It means acknowledging that communities have not only the right, but the responsibility to make and enforce codes of conduct, community agreements, as to what behaviors and ideologies are acceptable in their spaces… and, equally important, which are not.

There cannot be room in our communities for ideologies of hatred and fear, not only because the gods of our own traditions counsel us against just such cowardice, but because embracing such ideologies assures our own dissolution and destruction. 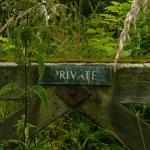 August 3, 2018
Choosing Who We Are: Boundaries and Inclusivity in Our Communities
Next Post 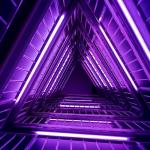 August 14, 2018 Scribing the Triangle: Some Thoughts on Power Dynamics in Our Communities
Recent Comments
5 Comments | Leave a Comment
Browse Our Archives
Related posts from Outside the Charmed Circle

5 responses to “Banishing the Boogeyman of Cultural Marxism, and Other Pastimes”