“Catching Fire” and the call to freedom

“Catching Fire” and the call to freedom January 23, 2014 Acton Institute 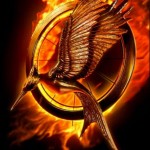 Recently the second film based on the immensely popular Hunger Games series of books, Catching Fire, opened in theaters. One interesting way to view the world of Panem, Suzanne Collins’ totalitarian society that serves as the setting for the drama, is as a synthesis of George Orwell’s 1984 and Aldous Huxley’s Brave New World. In Catching Fire, Collins suggests that however a tyranny exercises its dominion–through pleasure or oppression–under the right circumstances conscience will inevitably spur some to rise up for the sake of the freedom that God demands from us all.

In the twelve districts of Panem, the residents live in oppressive circumstances. Peacekeepers patrol the streets, enforcing the rule of the Capitol. The reader (or viewer, as the case may be) quickly discovers that District 12, Katniss’s home, has had life easy compared to the others. She and fellow champion Peeta must go on a victors’ tour throughout Panem after winning the previous year’s Hunger Games. There they not only encounter violent, police-state governance, but when they return they find that District 12 has been made to conform to the same standard. The new head Peacekeeper seeks to make an example out of their friend Gale, and only relents (after at least forty lashes) when Katniss, Haymitch, and Peeta intervene, using the little status they have as Hunger Games celebrities.

There is little pretense of seeking the good of the districts, other than that it is in the districts’ interest not to revolt as the backlash from the Capitol will be strong and violent. It is similar to 1984, in which the dictatorship baldly admits, “We are not interested in the good of others; we are interested solely in power, pure power.”

Katniss had tried to convince Gale to run away with her into the wilderness, hoping that there they and other friends and family could escape the tyranny of President Snow, who was not impressed with Peeta and Katniss’s staged romance and feared uprisings in the districts. However, when Katniss tells Gale about the uprising she witnessed in District 8, he refuses to leave. If there is going to be a revolution, he will be a part of it. “Don’t you see?” he says. “It can’t be about just saving us…. Not if the rebellion’s begun!” 75 years of oppression from the Capitol, families being forced to watch their children fight to the death, public beatings (like the one that Gale is soon to be on the receiving end of), and near-arbitrary executions are all obvious injustices that incite the burning ire of the citizenry, if only they felt a revolution had hope of success.

On the other hand, and what is far more subtle, the same is true, though not as overtly or widespread, in the Capitol. There people’s lives are filled with the most gluttonous living. They serve champagne glasses full of the Panem equivalent of ipecac so that those who are full can easily make room in their bellies to continue, through tyranny, consuming delicacies bought with the blood of the poor.

“Why aren’t you eating?” asks Octavia.

“I have been, but I can’t hold another bite,” I say. They all laugh as if that’s the silliest thing they’ve ever heard.

“No one lets that stop them!” says Flavius. They lead us over to a table that holds tiny stemmed wineglasses filled with clear liquid. “Drink this!”

Peeta picks one up to take a sip and they lose it.

“You have to do it in there,” says Venia, pointing to doors that lead to the toilets. “Or you’ll get it all over the floor!”

Peeta looks at the glass again and puts it together. “You mean this will make me puke.”

My prep team laughs hysterically. “Of course, so you can keep eating,” says Octavia. “I’ve been there twice already. Everyone does it, or else how would you have any fun at a feast?”

Yet the citizens of the Capitol live under their own tyranny, though differently and far more comfortably. In fact, comfort is the means of their subjection. Like Huxley’s Brave New World, in which everyone lived in perpetual “happiness” by means of soma (a drug with “[a]ll the advantages of Christianity and alcohol; none of their defects”), “happiness” is just an indulgence away for the average citizen of the Capitol.

At the same time, however shallow and conflicted they may be, there is reason to believe that not all Capitol residents are oblivious to their bondage. This element does not come through as clearly in the film as in the book, though there is enough to see it there as well.

In the book, however, the reader learns that mockingjay jewelry, like the pin Katniss wears in the arena, has become the new Capitol fad. On the one hand, that may be all it is for some people: a fashion statement. For others it could be a sign of fandom, just as someone might wear the jersey of their favorite athlete.

On the other hand, the mockingjay becomes something of the Panem equivalent of the cross. It is a symbol of hope that the world lying in evil will not persist in darkness. Some today wear the cross for no reason but bling. Others do so out of deep piety. As the cross for the early Church was a symbol of Christ’s triumph over the tyranny of the devil through a tyrannical government’s own symbol of fear and oppression, so also the mockingjay in The Hunger Games symbolizes the first rebellion in Panem’s past, in which its ancestor the jabberjay, the Capitol’s own weapon, was turned against them. Furthermore, Katniss herself becomes a symbol of defiance after saving both herself and Peeta at the end of the first installment. This identity of Katniss with the mockingjay becomes overtly clear when Cinna, her stylist, modifies her sham wedding-gown to burn away and transform her into a mockingjay.

Thus, when citizens of the Capitol wear the mockingjay, it is not clear that it is just another shallow trend among a hopelessly gluttonous brood. Indeed, the hope of the districts is wed to those few in the Capitol who have had enough as well. After 75 years of evoking a twisted mercy to create the delight of voyeuristic sorrow, there may be some who refuse to let so noble a sentiment remain severed from the moral response it demands.

When Katniss appears on stage for her interview before the games begin and her dress transforms into the symbol of resistance, “the audience, who’s been stunned into silence, breaks into wild applause.” Katniss doesn’t give the people of the Capitol credit (understandably so), but as it turns out no tyranny, even through comfort and pleasure, can wholly quell the voice of “their conscience … bearing witness” (Romans 2:15).

Created in God’s image, his voice within us calls us to be free. “Freedom,” wrote Nicholas Berdyaev, “is not something which man demands of God, but which God demands of man.” As such, though many through fear or complacency manage to block out that voice from their consciousness, God’s demand for true freedom is written on all our hearts, whether we are “the 1%” of this world or the other 99. Envy is only a tool in the devil’s game to divide those whose hope and salvation is ultimately bound together. Catching Fire serves as an image of the need for such underlying solidarity, and importantly, it also happens to be a fabulous film as well.

January 25, 2014 Workplace ethics: reconciling faith with work realities
Recent Comments
0 | Leave a Comment
Browse Our Archives
get the latest from
MISSION:WORK
Sign up for our newsletter
POPULAR AT PATHEOS Faith and Work
1 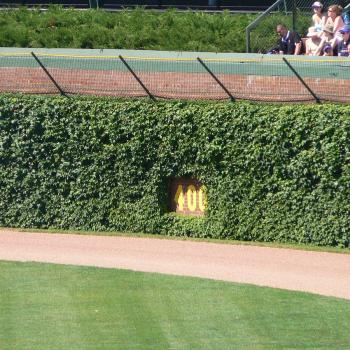