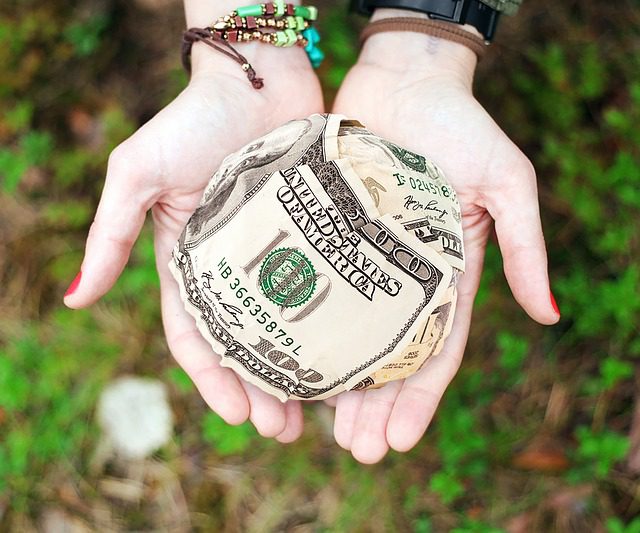 The media has decided that millennials don’t make any sense. For good reason. In September 2011, millennials helped take over New York City’s Zuccotti Park to “Occupy Wall Street,” waving anti-capitalist signs in the air. But just two months later, William Deresiewicz of the New York Times contended that the millennial hero isn’t the hippie, reformer, or scientist, but the entrepreneur. Millennials love socialism one minute and hate big government the next. The generation is confused.

Christian millennials are no exception. Many grew up in conservative, Christian homes. But they’re not as eager to proclaim the same love for capitalism as their Ronald Reagan-adoring parents.

This shift was described by Brett McCracken in his book, Hipster Christianity. When released in 2010, his premise—that millennials have been jaded by the culture wars of their childhood and become disillusioned with the Republican Party—was spot on.

I know because I am a Christian millennial; and many of my peers fit this profile.

McCracken says that Christian hipsters, “…hate the societal systems that require working to gain wealth. Particularly in America, where from day one the highest cultural value was a hard, up-from-your-bootstraps work ethic, hipsters have defined themselves in opposition to the industrious ethics of sweat-and-labor capitalism.”

A 2013 study from the Public Religion Research Institute supported McCracken’s thesis. Based on theological, economic, and social outlooks, the PRRI study found that just 17 percent of 18- to 33-year-olds consider themselves religious conservatives, while 23 percent are religious progressives and 22 percent are nonreligious. In contrast, about half of 66- to 88-year-olds are religious conservatives and only 12 percent consider themselves progressive. PRRI CEO Robert Jones told The Atlantic the biggest change is with “Younger whites, whose parents were far more conservative.”

One might assume that Christian hipsters don’t like capitalism. But while that may have been true in the years following the financial crisis, today’s young Christians are thinking about capitalism differently. They’ve traded protesting the evil profits of Wall Street to make a profit of their own.

Millennials are obsessed with entrepreneurship. A study by Young Invincibles, a national organization working to engage young adults on policy issues,found that 54 percent of U.S. millennials either want to start a business or have already started one. Entrepreneurship promises autonomy, creativity, innovation, and artistic expression. These are the things that make millennials tick.

Millennial fixation with entrepreneurship may have risen out of necessity; today’s job market isn’t as strong as it was a decade ago. Economic prospects are particularly daunting for recent college graduates.

In an era of #selfies, ego matters, too. But whatever the motivation, millennials are creating charitable giving apps from home, extracting honey from rooftop beehives, and pickling vegetables at home. Millennials are no longer fighting capitalism, but rather transforming it. Capitalism, it seems, is redeemable.

In part, redeeming capitalism means doing more than just making a profit. Consider Chick-fil-a’s decision to bring chicken sandwiches and waffle fries to people stranded in their cars during a snow storm. Or Whole Foods’ decision to donate 5 percent of its profits to a philanthropy. Or Warby Parker: when someone buys a pair of the company’s eyeglass frames, the company donates a pair to someone in need.

Millennials admire socially conscious business models. And many are starting their own charitable models.

One place you might find Christian hipsterpreneurs is the annual Q conference, where attendees pitch their startup ideas with Praxis. Founded in 2010, Praxis is focused “on equipping and resourcing a growing portfolio of faith-motivated entrepreneurs who have committed their lives to cultural and social impact, renewing the spirit of our age one organization at a time.” It’s a Christian hipsterpreneur training hotbed for non-profit and business startups alike. Kammock, which creates high quality outdoor products, Man Crates, which packs and delivers gifts for men, and Jonas Paul Eyewear, which provides functional eyewear for children, all participated in the program during their infancy.

Though many startups today are focused on social impact, doing good business is not just about corporate charity.

A Hipsterpreneur Theology of Business

Maximizing value for the customer is a top priority for hipsterpreneurs. This ethos is something Occupiers say is absent on Wall Street. It can come in the form of social consciousness, but also just by simply making a really good product. A “good product” might mean it is handcrafted or made out of local, organic ingredients. The artisanal market, which has returned in part thanks to modern hipster culture, is not a rejection of capitalism, but a new response to an ever-evolving market which today demands high quality, locally made goods.

Christian hipsterpreneurs are also not concerned with labeling their business as “Christian.” While our parents may have needed an ichthys or a Bible verse stamped on the bottom of their products to redeem the profit they made, we don’t. Many in our generation are convicted that God has called each individual uniquely to fulfill His purpose, whether it’s planting a church in Africa or creating value for others in the business world.

Perhaps this conviction stems from the belief that the cultural mandate in Genesis 1:28, to fill and subdue the earth, applies directly to our work. To “fill and subdue the earth” requires us to be good stewards of our gifts and resources, by continuing to grow them and multiply them through our God-given creative capacity, just like the good and faithful servants in the parable of the talents.

While Christian hipsterpreneurs recognize a capitalistic society can create temptations toward greed and selfishness, and that it is easier for a camel to go through the eye of a needle than for a rich person to enter the kingdom of God, they see business as a God-given opportunity to love their neighbors through their work. They trust the profits will come if they work with a heart to serve others.

Even though Christian hipsters may sound as if they’re rebelling against capitalism, many are actually celebrating the best things about the free-market economy. Sure, they may not call it capitalism, but between creating mobile apps that fight human trafficking and serving up organic grilled cheese sandwiches from their food trucks, they are showing the world that capitalism is capable of good.

It’s our responsibility to fight against greed and consumerism, to create value for others, and to be wise with the wealth we create. It’s our job not to overthrow the system, but to be better participants. Our economy will only be as good as we choose to make it.

Capitalism, like everything else, has not fallen too far from God’s redemptive grace.

Elise Amyx is a writer at the Institute for Faith, Work & Economics and graduated from James Madison University with a degree in economics. Follow her on Twitter @eliseamyx.  A version of this article appeared in The Federalist and is reprinted here with the permission of IFWE.

April 20, 2015 Atheism growing in the workplace
Recent Comments
0 | Leave a Comment
"There have been many studies about the best environments for work/creativity/productivity but management usually follows ..."
John Purssey Why I Don’t Like Open Offices
"Choices are exhausting. And yet there are also so many things that used to be ..."
Marianne Aldrich Why Am I So Tired?
""The best is the enemy of the good." <g>"
billwald Why Am I So Tired?
"Thanks for sharing.....$1000 content writing"
Suhas Barhate This is My Content, Tweeted for ..."
Browse Our Archives
get the latest from
MISSION:WORK
Sign up for our newsletter
Related posts from MISSION:WORK