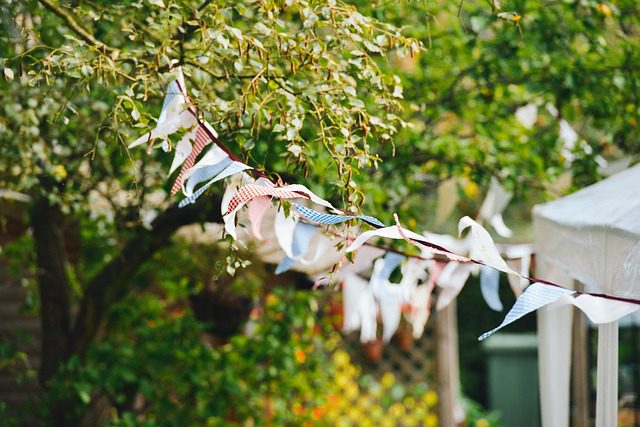 More of our reports from the recent Acton University conference. Read the first four posts here:

Wednesday night’s plenary was delivered by Gregory Thornbury of The King’s College in New York. Thornbury is 45, if Wikipedia is to be trusted, but (as I did before I grew a beard) he looks about 20 years younger than he is. He claimed in his introductory remarks that some media report had said he looked like Harry Potter, and commented that he’d rather look like Dr. Who. Well, he should rest happy, because I think he does look like Dr. Who (any of the actors since the reboot). The BBC should contact him if the present Doctor decides to quit.

Thornbury’s speech was a memorable and impressive performance, peppered with wry humor and a dazzling array of literary and intellectual allusions. The main theme was a rousing call for Christians to be boldly counter-cultural–”let your Jesus Freak flag fly.” Secular people, Thornbury argued, aren’t impressed by Christians compromising their beliefs for acceptance; “the cool kids aren’t going to like us.” Thornbury believes that the secular world needs a robust, orthodox Christianity as a foil–that at some level unbelievers are disappointed when Christians fail to mount the vigorous resistance to the spirit of the age that the secular world expects of us.

Thornbury appealed to Hegel’s concept of the “negation of the negation” to illustrate this. The common way of describing Hegel’s theory of history is that a thesis (the French “ancien regime,” say) is opposed by an antithesis (the French Revolution) and out of this comes a synthesis (Napoleon). But, Thornbury pointed out, there’s an additional step that is often ignored.

Chesterton’s exuberant, joyful affirmation of the value of  life obviously impresses Zizek even though Zizek views Chesterton’s Christian faith as obviously a delusion. As Thornbury put it, “let’s make the world wonder if it’s really those Puritans who know how to enjoy themselves.”

The most obvious objection to Thornbury’s clarion call for uncompromising Christianity is that yes, the world “needs” us to be its opposite, but is that a need that we ought to be fulfilling? Secular people need Christians to be dogmatic, “hateful” bigots so that they can see themselves as the tolerant, humane alternative. Obviously that’s not what Thornbury means–his point is precisely that Christians need to defend historic orthodoxy in a joyful, life-affirming, gracious way.

But even on matters of doctrinal substance such as the authority of Scripture, the Atonement, the necessity of Christ for salvation, and so on, those who reject Christianity frequently reject what appears to most of us believers to be a blatant caricature of the faith. As N. T. Wright once put it in my hearing, he often tells atheists that he very likely doesn’t believe in the “god” that they don’t believe in. It’s not enough, surely, to say, “yes, we believe all the horrible things you disbelieve in, but look what a good time we’re having believing those things.” Often, apologetics consists in explaining how different orthodoxy is from what its opponents believe it to be.

Furthermore, historically Christian orthodoxy has developed and been reformulated, often in response to outside pressures. C. S. Lewis saw himself as a staunch defender of unadulterated, historic orthodoxy. But Lewis’ view of hell, which is very common among conservative Christian intellectuals today, (“the doors are locked on the inside”) is clearly a response to two centuries of passionate attacks on the view of hell found, for instance, in Edwards’ “Sinners in the Hands of an Angry God.” Lewis reaffirmed orthodoxy, but he reaffirmed in a nuanced form that took valid criticisms of past formulations into account.

Lewis and other effective modern apologists do not say, “yes, we all dangle over hell like a spider hanging by a thread, and look how happy I am about that.”

A third problem with Thornbury’s way of putting things is that many Christians disagree with what Thornbury takes to be orthodoxy precisely because they think the Christian faith requires them to do so. One of the common tropes of conservative evangelicalism these days is that young “progressives” are essentially suffering from a failure of nerve. In this narrative, millennials don’t want to tackle the tough issues that separate Christians from secular society because they want to be nice and to be respected by their unbelieving friends.

Chelsen Vicari’s Charisma article in March on “How the New Christian Left is Twisting the Gospel” exemplified this approach. My friend David Schell, a “progressive” Christian blogger, responded “We didn’t surrender the culture wars. We joined the other side.” David and other young Christians who grew up evangelical and have embraced more liberal forms of Christianity do so not out of cowardice but out of conviction, even if (as I believe) many of their convictions are mistaken.

Thornbury, of course, was not addressing his appeal to people who have rejected conservative, traditional Christianity outright, but to people like me who want to affirm it in a highly nuanced, moderate way. His speech was a rhetorical trumpet call summoning Christians to be bold and unapologetic in affirming their faith. He obviously wasn’t dealing with all the nuances of how to present the faith to unbelievers..  Clearly he thinks that modern evangelicals have done too much apologizing and backing away and trying desperately not to sound “fundamentalist,” and that the other side of the coin needs to be emphasized.

And to a great extent I think he’s right. I think it’s quite possible to be nuanced and to explain how the faith is misunderstood without the kind of nervous hunger for acceptance that he rightly criticizes. There does come a point where orthodox Christians need to be willing to say, “yes, I believe something you find irrational or repugnant, and this faith is a source of joy and a light that makes sense of everything.” That point might come for me at a different place than for Thornbury. But precisely for that reason, his exhortation was one I very much needed to hear. 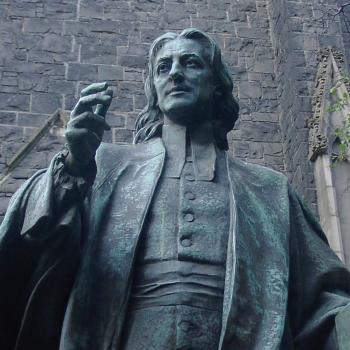