The Expendable Worker: Looking for Hope in the On-Demand Economy 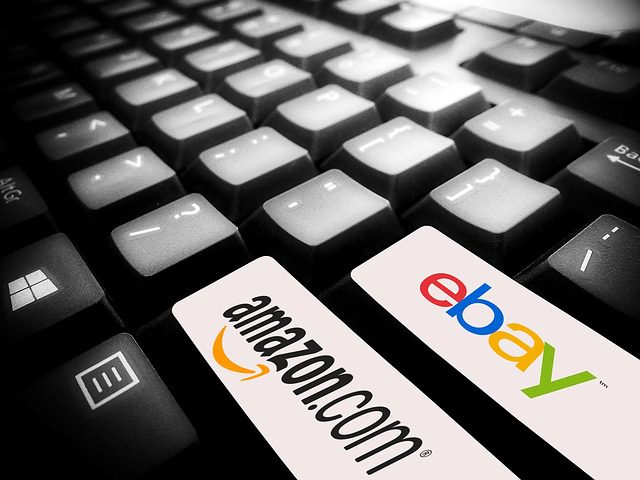 “Low, low prices.” With that motto, a generation ago Walmart took over the world of retail. For years Walmart seemed untouchable; they could consume any competitor with volume, price and efficiency.

Yet in the past several years, some have questioned whether the Walmart empire has a gaping hole in the center. Forbes reported in 2014 that “Walmart’s low-wage workers cost U.S. taxpayers an estimated $6.2 billion in public assistance including food stamps, Medicaid and subsidized housing.” Americans for Tax Fairness found that “a single Walmart Supercenter cost taxpayers between $904,542 and $1.75 million per year, or between $3,015 and $5,815 on average for each of 300 workers.” When hourly workers go on strike to demand higher wages, often they’re fired.

Now, a recent New York Times cover story has highlighted the suffocating working conditions of Walmart’s successor: Amazon. Employing a sea of white-collar workers, Amazon has perfected the art of squeezing every ounce of productivity (and life)  from its employees.

“One day I didn’t sleep for four days,” said Dina Vicarri, who sold Amazon gift cards. Another ex-employee’s fiancé would drive to the Amazon campus at 10pm after becoming concerned about his bride-to-be’s nonstop working night after night.

Liz Pearce, who worked at Amazon’s wedding registry said, “I would see people practically combust.” Bo Olson, who worked in books marketing, said “Nearly every person I worked with, I saw cry at their desk.” The pressure to deliver faster and cheaper under the constant surveillance of Big Data has led to high employee turnover. A 2013 survey by PayScale, a salary analysis firm, showed that the average tenure for Amazon employees was one year.

The conditions for warehouse employees at Amazon often are even worse. In 2011, Amazon came under scrutiny for brutally hot warehouse working conditions – they even placed paramedics outside for fainting workers. (They installed air conditioning after a public outcry.)

Walmart and Amazon today are fierce retail competitors with different business models. But they share at least one value: employees are expendable.

The Problem With the On-Demand Economy

Last week, I received the oddest email from Maren Kate, the former CEO of Zirtual, a company providing US-based online assistants — including my assistant Amber, working out of Utah. “It is with an incredibly heavy heart that I have to send this message. As of today, August 10th 2015, Zirtual is pausing all operations.”  I didn’t fully understand what was happening.

Later that day, I learned that Zirtual, which had been on track for $11 million in revenue in 2015, essentially  folded overnight. A round of debt funding didn’t come through, an within hours, 400 employees were let go and left to fend for themselves. Amber was dumfounded. She didn’t know what she was going to do for work.

Such is the lot of a new generation of workers in the On-Demand Economy. The Economist aptly titled an article on the phenomenon “Workers on tap.” The On-Demand Economy brings together computers and freelance workers (generally contractors) to provide a host of services: from chauffeurs (Uber) to home repair (Handy).

The problem with today’s On-Demand Economy – of which Amazon has at least taken cultural queues – is the same ailment plaguing Walmart and Amazon: employees are often seen as fungible assets. They may be human “resources” or even human “capital” (oddly, enough, and unlike money and machines, this capital can laugh and cry). But the unique lives of real people are often lost in the mix.

I can understand the desire of Amazon founder Jeff Bezos to not want his company to become a lumbering “country club” like, in his view, Microsoft did. Frugal, productive and hard working are all good traits. But when companies drive employees, whether white collar or blue, to a place of desperation, we’ve made a critical mistake. And the mistake is dependent on our view of people. Are they assets or image bearers? Dispensable or deeply valuable?

I have a 6-year-old who occasionally treats her 2-year-old sister like a fly. Slightly annoyed, she often escapes to another room or simply builds her fort with a “No 2-Year-Olds Welcome” sign in front.

I then sit her down and explain a core Christian doctrine: All people are people. Even whiny 2-year olds have dreams and emotions, fears and joys, failures and triumphs. All people are reflections of God, I say to her. The all have value.

In the biblical account, people come first, then work. People are not designed for a job – jobs are designed for people. God put Adam in the garden “to work it and care for it” after he endowed them with inestimable worth (Genesis 2:15).

Today, we often take job descriptions and try to jam people’s lives into small boxes. When this happens, souls shrivel.

It also leads to odd distortions. Young college graduates work hundred-hour weeks in New York private equity firms as their bodies and relationships shrivel. Manufacturing line workers do the same repetitive tasks for decades – and their minds deteriorate as the years pass by.

Yet the biblical account gives us a very different view of work. It is neither one of seeking self-worth from working at a sexy tech company, nor one of selling off every skill and hour we have to the highest bidder on the other side of an app.

Work, in the Bible, is fundamentally about creative service. That is, work is a way for us to use our God-given creativity and talent to serve the needs of others.

But in an age where Amazon rules – and can nearly set the price for any good it offers because of it’s unending drive for faster, cheaper, more efficient -is it realistic to think that a large retailer could provide a life-giving environment for its employees? Could employees become more than expendable assets and contribute to a fully human community?

Hope for Retail: The Costco Model

In the late 90s, Matthew Horst worked part-time at a grocery store. He was punctual, cared for his customers, and did quality work. But the lack of benefits and a cancerous work environment prevented him from realizing his potential.

When Costco opened a store in his neighborhood in Lancaster, Pennsylvania, they hired Matthew. Even though he has always been classified as “special needs”, Costco took a chance on him.

Today, Matthew takes pride in a parking lot free of carts. He boasts to his friends at the eyeglass center, bakery and customer service desk. And he loves his customers.

His brother, Chris Horst, said it well: “There are many companies which ‘succeed’ at the expense of their workers. I am a firsthand witness to a counterintuitive company: Costco succeeds through the flourishing of its employees.”

A 2013 Businessweek article reported that Costco pays its employees $20.89/hour (compared to the $7.25 national minimum wage). Joe Carcello, a 59-year-old with an annual salary of $52,700 and a sizable nest egg for retirement, said “I’m just grateful to come here to work every day.”

President Craig Jelinek says about his employees, “We know it’s a lot more profitable in the long term to minimize employee turnover and maximize employee productivity, commitment and loyalty.” And so employees are paid well and treated with dignity – and contribute to a highly profitable model for retail.

Jelinek’s philosophy is simple: “This isn’t Harvard grad stuff,” he says. “We sell quality stuff at the best possible price. If you treat consumers with respect and treat employees with respect, good things are going to happen to you.”

Other big retailers that have tended to see employees as expendable assets, historically, have become casualties. K-Mart and Sears come to mind.

One has to wonder if Walmart (and even Amazon) are next.

August 25, 2015
"Don't immanentize the eschaton?": How to be a citizen of the Kingdom
Next Post

August 27, 2015 Overwork Can Kill You--Literally
Recent Comments
0 | Leave a Comment
"Thanks for sharing this nice postcustom software development"
seller actions How to Succeed as an Influencer ..."
"There have been many studies about the best environments for work/creativity/productivity but management usually follows ..."
John Purssey Why I Don’t Like Open Offices
"Choices are exhausting. And yet there are also so many things that used to be ..."
Marianne Aldrich Why Am I So Tired?
""The best is the enemy of the good." <g>"
billwald Why Am I So Tired?
Browse Our Archives
Related posts from MISSION:WORK