Christ is Lord over all: Why it’s ok for the Pope to talk about money

Christ is Lord over all: Why it’s ok for the Pope to talk about money September 29, 2015 Guest Contributor 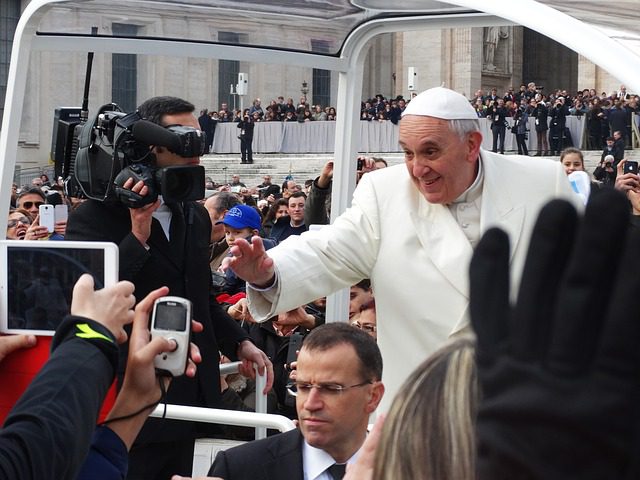 There is a lively discussion on the internet regarding Pope Francis addressing environmental and economic issues. Judging by the blanket coverage given to the Pope’s recent visit, it seems most people were excited to hear the Pope speak about relevant and timely issues. There are, however, people who think that Pope Francis is overstepping his duties.

Andrew Napolitano suggests, for example, that the Pope’s job “is to get souls into heaven, period.”Others are upset that the Pope would bother talking about capitalism or climate change when Christians are being slaughtered by ISIS. These points seem reasonable, do they not? A religious leader, in our modern and secular world, should not try and tell America what it ought to do with its money, should he? Or if he is going to try and tell us what to do, he should at least talk about something “related” to Christianity, right?

Au contraire! The Pope’s job is not to get people’s souls into heaven—that is Jesus’ work. Part of his job, however, is apostolic work. In the words of the Catholic Catechism, apostolic work is “to be the chosen witnesses of the Lord’s Resurrection” (860). Now, what does witnessing to the truth of the Lord’s Resurrection have to do with climate change and capitalism? You might be surprised.

You see, Jesus’ resurrection had major implications. Paul says that Jesus is the “firstborn from among the dead”(or, the first person resurrected from the dead) and that, because of that, “God was pleased to have all God’s fullness dwell in him, and through him to reconcile to God all things, whether things on earth or things in heaven”(Col 1:17-18). Resurrection, then, doesn’t just have to do with getting“souls into heaven.” The Lord’s Resurrection means that God is in the business of bringing all things —on earth or in heaven —into God’s care. So, the Pope is well within his job description to say we ought to be caring for the environment.

What about the Pope talking about capitalism instead of the terror of ISIS? First of all, the Pope has addressed the suffering of others, including Christian martyrs, a number of times. Accusing him of neglecting the plight of the oppressed is unfounded. Second, I can only imagine the Pope had the atrocities of ISIS and other oppressive regimes in mind when he said this to Congress:

Why are deadly weapons being sold to those who plan to inflict untold suffering on individuals and society? Sadly, the answer, as we all know, is simply for money: money that is drenched in blood, often innocent blood.In the face of this shameful and culpable silence, it is our duty to confront the problem and to stop the arms trade.

It is no secret that the Pope favors socialism over capitalism, and, so, one might read this as a critique of capitalism. There is a demand for guns;those who supply guns reap profit. But, in any case, the Pope is by no means silent on the violence being done to Christians elsewhere; he just refuses to narrow his focus to one small sect of suffering people. Instead, he aims to address the issue at its root, rather than trimming its branches —an uncontrolled arms trade is enabling violence worldwide.

So, should Pope Francis bother talking about capitalism and climate change? I think so, and unashamedly so. In doing so,he witnesses to Christ’s Resurrection and the way it relates to everything, not just our souls.What’s more, he speaks truth which demolishes political party lines. That is a refreshing change in light of much American political discourse.

Zen Hess was born and raised in the Midwest and now lives in Durham, NC with Jessie, his wife and Spoke, their dog. He studies at Duke Divinity School.

September 28, 2015
How a doctor prescribes grace to her patients
Next Post

September 30, 2015 The church: shelter, fighter, or preview?
Recent Comments
0 | Leave a Comment
"There have been many studies about the best environments for work/creativity/productivity but management usually follows ..."
John Purssey Why I Don’t Like Open Offices
"Choices are exhausting. And yet there are also so many things that used to be ..."
Marianne Aldrich Why Am I So Tired?
""The best is the enemy of the good." <g>"
billwald Why Am I So Tired?
"Thanks for sharing.....$1000 content writing"
Suhas Barhate This is My Content, Tweeted for ..."
Browse Our Archives
get the latest updates from
MISSION:WORK
and the Patheos
Best of Patheos
Channel
POPULAR AT PATHEOS Faith and Work
1

What If Your Workplace IS Your...
The High Calling
4