I got 18 mosque problems and being a woman is one

This week, I came across the video “Things not to do in the masjid” in my Facebook feed. The two guys behind the video, Americans of Afghani background Shukran and Roshan under the moniker SRBRosEntertainment, acted out 18 different scenarios with another actor. The video is clearly a hit, with over 960,000 views to date.

I had a good laugh at the first 14 scenarios because I could relate to them, even though these are based in North American mosques. For example, I’ve had personal experiences with “shoe lifter” (2:58). Once, I went to a mosque in Singapore for the maghrib prayer and when I was done, I couldn’t find my shoes anymore. I spent a good 15 minutes looking over the other shoe racks in the mosque before I gave up and walked barefoot to the nearest convenience store and bought a pair of hard plastic flip-flops to go home in.

Not being a “halal detective” (3:36), or questioning if food from a Muslim is halal, is also a good piece of advice that is not often addressed. Many of the other annoyances found at the mosque are probably universal: parking inconsiderately, not putting away one’s shoes neatly on the racks, coming late, reserving spots in the prayer area, and distracting or disturbing others. The two “bros” behind the video use male characters (ie themselves) for the first 14 scenarios precisely because these problems can affect both women and men at the mosque.

This perspective is an example of taking the “male as the neutral default”. Men represent all human beings, while women are a different category that is marked from the default. In the case of this video, the last four scenarios (“gossip girls”, “matchmaker”, “tight outfit” and “makeup addict”) that are specially dedicated to women are played by the same three male actors in hijab (what else?).

As the four scenarios played out one after another, I cringed even more. The commentary for “tight outfit” (5:15) gives this gem of advice to all Muslimahs:

Which is it, though? If men should lower their gaze, then how can women be responsible for making him stare at her? Either men are responsible for whether they choose to ogle or not, or men do not have any self-control and cannot help staring when a woman wears tight clothes.

Here’s another piece of advice for women: don’t be a “makeup addict” (5:39) in the mosque.

“A true Muslimah does not show off her beauty to strangers. Her beauty is for her husband to see, not the world.”

Yawn. Let me list the ways this just won’t work: beauty is subjective, not every woman is married, not every woman cares to marry, not all women like men, and so on and so forth. While I thought some of the previous scenarios were useful from an educational point of view, the ones dedicated to Muslim women are staggering in their simplistic tropes. Women are one-dimensional beings who exist just to gossip, gossip some more, and adorn themselves.

Some of the Muslimah-centred advice would also do some good to the male congregation. For example, the scenario “inappropriate outfit” (0:35) advises men to be careful about the design on their T-shirts. This could have been fleshed out to include tight-fitting T-shirts, low-slung pants that expose underwear or butt cracks, or baseball caps. (I once taught in an Islamic school in Singapore that was strict about the girls wearing regulation waist-length white hijabs and not their own scarves, while there was no fuss about the boys wearing trucker caps instead of the regulation songkok, or traditional Malay cap.)

The admonition to not gossip or backbite is also equally applicable to men. Because isn’t what the video makers call “disturbing others” (0:48) actually just two guys gossiping about someone else?

That being said, I decided to hop on over to the less popular Part 2 of Things not to do in the masjid. I was happy to see the scenario of “kids” playing takes place in the men’s area and advising viewers to educate kids on mosque etiquette instead of just asking women to keep kids in their area.

But then, two hijabis start fighting because one of them insults the other’s child and meanwhile, another hijabi takes a selfie in the background. With the incessant use of “Haraaaam, gurl” – I’ve had enough YouTube advice for today.

PS: Here are the 18 things to not do in the masjid, according to our “bros”. 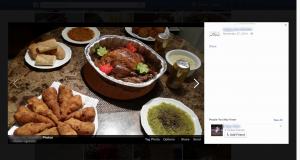