Catholic Brotherhood Then and Now 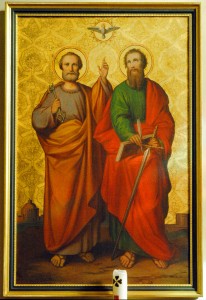 From Batman and Robin to Abbot and Costello, dynamic duos have been an essential part of history. Friendships such as Jackie Robinson and Peewee Reese faced against all manner of hatred and bigotry.

It’s no surprise, then, that the Catholic Church has its own share of dynamic duos. We have David and Jonathan, Moses and Jonah, Elijah and Elisha…But the duo whose feast we celebrate today is that of Saints Peter and Paul.

Being a cradle Catholic, I had a soft spot for Saint Peter. I used to joke that Jesus changed Simon’s name to Peter not just because he’ll become the foundation of the Church, but also because Peter had a really thick head! Peter was always one to spit out whatever thought came into his mind, even if it didn’t make any sense or if it was the wrong thing to say. Yet, after Jesus’s resurrection, Peter changed. He took on the responsibility as being the head of Christ’s Church, which meant keeping order. One only needs to read about the incident with Ananias and Sapphira to see the difference between how Peter was before Jesus died and after.

In contrast, we have Paul of Tarsus. Paul started out as a young, zealous Pharisee who felt justified in persecuting Christians. After Jesus intervened, though, it became Paul’s mission to spread the Good News to the Gentiles since he had the advantage of being fluent in Greek and was welcomed in most cities in the Mediterranean area.

The spirits of Peter and Paul live on today,  namely with these two popes:

Benedict and Francis have both Peter and Paul in them. Like Peter, Pope Francis has a tendency to speak off-the-cuff. His blunt remarks can be both refreshing and unsettling. And yet, like Paul, Pope Francis is also well-known for how often he reaches out to the poor and marginalized. He has an effect on people no matter where he goes.

Pope Benedict, on the other hand, carries on the Petrine discipline. He may not be in the public eye as often as he used to be, but he’s still praying for the Church. The way we pray in Church will forever be changed because of him. And yet, like Paul, he’s also intelligent and well-educated. Future theology students will probably be studying his works for class.

I’m tired of people pitting these two against each other. In reality, they are brothers in Christ and in what is essentially their shared papacy. I have no doubt that sometime in the future, these two will be canonized together, much in the same way Pope John XXIII and Pope John Paul II were. 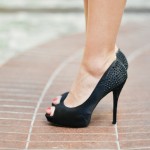 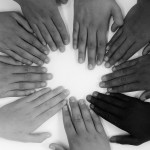 July 8, 2016 Learn How To Love
Recent Comments
0 | Leave a Comment
Browse Our Archives
get the latest from
Catholic
Sign up for our newsletter
POPULAR AT PATHEOS Catholic
1 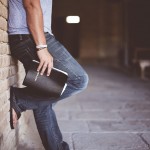 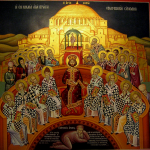 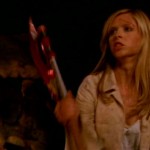