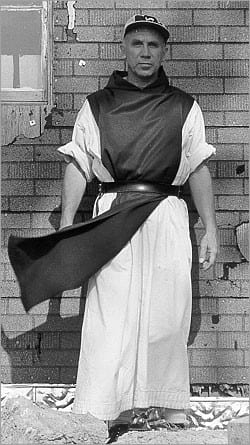 “My Lord God, I have no idea where I am going. I do not see the road ahead of me. I cannot know for certain where it will end. Nor do I really know myself, and the fact that I think that I am following your will does not mean that I am actually doing so. But I believe that the desire to please you does in fact please you. And I hope I have that desire in all that I am doing. I hope that I will never do anything apart from that desire. And I know that if I do this you will lead me by the right road, though I may know nothing about it. Therefore will I trust you always, though I may seem to be lost and in the shadow of death. I will not fear, for you are ever with me, and you will never leave me to face my perils alone.”

On December the 10th in 1968, the American Trappist monk, spiritual writer, social justice activist, and advocate of interreligious dialogue, Thomas Merton died. He was on an extended Asian adventure, having met at various places with prominent spiritual figures, many of whom were Buddhists, including the Dalai Lama and DT Suzuki.

On the 10th he was attending a monastic conference at the Red Cross retreat at Sawang Kaniwat in Samut Prakan, Thailand. After giving a talk in the morning, in the afternoon his body was found in his room with a fan lying across his body. The conference organizer Rembert Weakland, then abbot primate of the Benedictine order anointed the body. The body was returned to Merton’s home, Gethsemani Abbey, outside of Louisville. There was no autopsy. 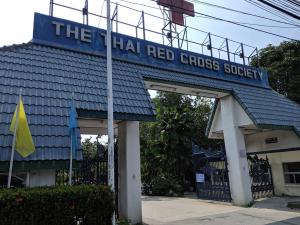 For various reasons there has been an ongoing controversy about his death. Some opining suicide, others assassination. Me, I go with the generally accepted view that he had taken a shower and then coming out touched the fan which was shorted and it either sparked a heart attack or he had a heart attack as he grasped the shorted fan.

Whatever the circumstances of his death, his life touched many people. Including me. He has been profoundly influential in my life. I looked at my blog postings and see that I referenced him in sixty-nine different entries. Several were dedicated to him, specifically. Among them an account of my going to his grave site at Gethsemani and another at the famous marker of his great awakening in Louisville. 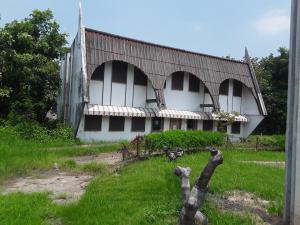 So, when I learned I would be able to go to Bangkok the most important thing for me was to try and find that spot where he died, and to offer my prayers and gratitude.

There weren’t a lot of details I could find about the place. It was a Red Cross conference center, apparently, and it was about twenty-five miles or so outside of Bangkok. But not a ton more. I turned to Facebook and posted a request. My old friend the Buddhist scholar Justin Whitaker put me in touch with a retired academic Will Yaryan. Through Will I was able to correspond with several people and eventually meet two, Joe Shakarchi, and through connections given Joe by Will, finally Voravit Chansiri. Quite the chain of connections, mysterious and wonderful. 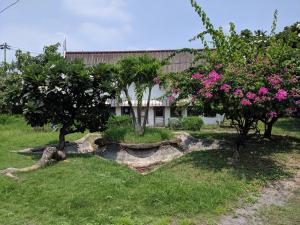 So, yesterday, Sunday the 29th of 2019, Voravit and Joe showed up at my hotel and together we drove off to the Red Cross center. As it happens Voravit, a devout Buddhist with deep interests in the interreligious encounter had been able to take several other of Merton’s admirers to the site.

It was a bit more than an hours drive, traffic here is pretty fierce, giving LA a real run for the money.

The Red Cross center is humungous, housing many different activities. 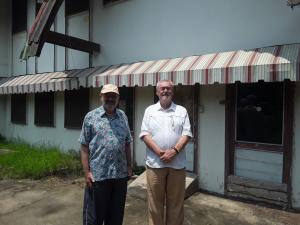 Sadly, the building where Fr Merton died has been closed and is in serious derelict condition. Voravit told me it has been scheduled to be demolished. All things pass. But, I was enormously grateful to be able to attend the site.

In all the correspondence leading to this Professor Brad Holt, asked that we read aloud some words at the site, House 11, also called the Star Cottage for the star-shaped pond in front of the building.

“Introduction: I have followed the footsteps of Thomas Merton from the house
where he was born in France, through Cambridge and Columbia universities,
his grandparents’ house in Long Island, to Cuba, Gethsemani Abbey, and to
Bangkok, India and Sri Lanka. These places have drawn me closer to him,
together with his many writings.  I wish that I  had as complete an understanding
of his thought and experience as I  have of his geography!
“What is the significance of place to the spiritual life? Merton apparently thought
it was important, as he longed to visit Asia. In the presence of the huge Buddha
statues in Sri Lanka,  he had a profound experience. While walking the street in
Louisville he was overcome by the sight of all the ordinary people around him.
“But what is the significance of the place of his death? The Celts would say that it
will be the place of his resurrection. My own view is that even in its accidental character,
it suggests a new relationship between Christians and Buddhists. Merton’s last move
among so many, displayed on a map, points to Asia.
“May you have a blessed experience at this neglected holy site.
“Brad Holt”
I concluded with a brief Buddhist dedication for the hurting world and all those who strive in the great work of healing.
What a blessing for me to be able to do this.
I’m so grateful…
Fr Merton’s last talk.

A talk on Merton & His Legacy by Paul Pearson.

And maybe its time for a little Leonard Cohen, another traveler between…

September 28, 2019
First Full Day in Bangkok Wherein the Zen priest Wanders Through Wat Pho Without Totally Disgracing Himself
Next Post

September 30, 2019 A Zen Priest Visits John Blofeld's Grave
Recent Comments
0 | Leave a Comment
"Alan Watts. I happened to purchase "This is It" primarily because of the unique book ..."
Ed Papson Recalling the Trickster Sage Alan Watts
"I’d love to see a little write up on Rien Takahashi. He was (I believe) ..."
Josh Lamson Ernest & Dorothy Hunt: Early Links ..."
"How lovely. It sounds like an actual real-life beloved community"
cushing The Zen Priest’s Briefest Meditation for ..."
"Why is my previous comment still in PENDING???"
fractal Ram Das and the Call to ..."
Browse Our Archives
Follow Us! 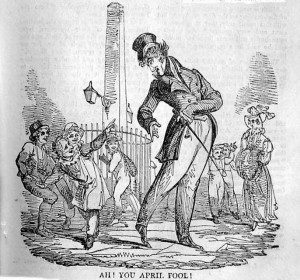 Buddhist
In Case You're Looking for a Spiritual Practice,...
Monkey Mind 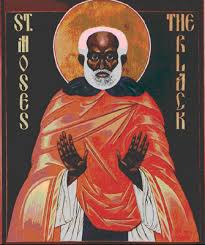 Buddhist
How Are You Free? A Zen Meditation
Monkey Mind