Tone Does Need to Change 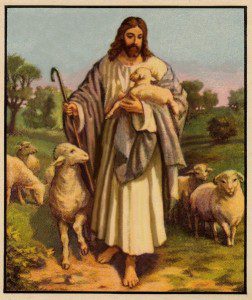 Today’s guest post is written by Lori Bolland Embree. Opinions shared on guest posts may not completely reflect the positions of the blog’s author.

Lori Bolland Embree is from Parker, Idaho, raised by a Lutheran father and an LDS mother. She was a high school teacher and debate coach for many years, and now teaches interpersonal communication, public speaking, and communication essentials part time at the university level. Lori is a Mama Dragon and sees a huge need for acceptance and assistance for her LBGTQIA students. She is married, has nine children (some biological, some step, some adopted) and seven grandchildren.

I would like to address some of the issues that have come up recently regarding the religion I belong to and my advocacy for LGBT+ people. I have been scolded and accused of having an agenda. I have been told my “tone” needed to change. All of this in the last few days. We have lost several of our youth to suicide in the last week alone. One of them is particularly close to me. My friend (his mother) is in such acute pain, it radiates through all of us.

First and foremost: a community is grieving. Being admonished or preached to, or engaging in philosophical discussions on doctrine is not appropriate right now. Mourn with us. We are hurting.

2. Part of the mourning & grieving process IS anger and looking for causes. Christ understood this. He knew what was going to happen when Lazarus’ family called for him; yet he still took the time to mourn with Lazarus’ family and loved ones. He knew the process was important because he knew that positive changes would come from it.

3. I am not blaming or bad-mouthing the church, God, or you. This is the church of my choosing too, and I love it very much. I am stating clear facts on what our culture is doing to our LGBT+ youth. HUGE difference.

4. When I say facts, here they are: according to the CDC and Utah State Health department (feel free to peruse their websites, it’s all there), Utah’s overall health of children dropped from 7th to 27th in the nation just this past year, with LGBT suicide among teens being a huge contributing factor. The state of Utah alone has more than doubled the suicides for the same age group and time period. Utah also has well more than double the number of suicides of the national average for 14-20yr olds.

5. It does no good to say “it’s all the church’s fault.” It’s also not productive to suggest that our Mormon culture has nothing to do with it either. Regardless of what the church teaches, the messages being sent and received are being perceived differently by the LGBT+ community. LGBT+ Mormon kids are caught in the crosshairs, and it is showing in the research and data being collected. They are in an incredibly and increasingly dangerous position, and we as a culture are putting them there. Taking responsibility for this is the first step towards positive change.

6. I used to believe that there was a compromise that we could come to. I no longer feel this way. Total acceptance and equality is the only way.

7. Here are some of the messages we send. These are just the tip of the iceberg:
–When we say “the plan is happiness is for everyone,” the message being sent to LGBT+ is “unless you’re gay. Well ok, you can be gay as long as you are either socially isolated for your entire life or you act like a heterosexual. So you can be gay, just don’t BE gay.”
–When we equate our core sexuality with sexual behavior, and then expect our LGBT+ brothers and sisters to comply, we not only show our ignorance and lack of effort to even know what the differences are, we further marginalize and exclude them.
–When we will not allow children to be baptized if they have gay parents, we are sending messages of exclusion.
–When we say “hey you can be baptized, but only after you’re 18, and you have to disavow your parents’ marriage,” we are sending messages of exclusion and suggest that their families are less important.
–When we automatically excommunicate legally married gay couples (we don’t even do that with convicted child molesters and criminals), we tell them their unions aren’t valid, we exclude them once again, and on top of that, we put them lower than criminals and child molesters.

–When we say “there are no homosexual members of the church–” regardless of the intent of the original message, we are saying “we do not want any homosexual members of the church.”
–When we encourage our heterosexual youth to chastely date, and participate in cultural relationship rituals, while denying LGBT+ youth that same privilege, it sends the message that only heterosexuality is important.
–And when we say all of the above (regardless of our intent) we send the message to our LGBT+ brothers and sisters that they are not loved or valued. This is the reality that parents and families of LGBT+ children deal with on a daily basis.

I am a member of a support organization called the Mama Dragons. Our common bond is our LGBT+ children, and our desire to protect them. We share a cultural and religious heritage that many of us still want to embrace. A lot of us want to stay, but not at the expense of our children’s lives or well-being. So we either leave our beloved pews, or fight to make room in them for our children who love and serve the Gospel of Jesus Christ as much as anyone else.

Our children are suffering and dying. YES. We need to change. Change is not foreign to our religion. It is not offensive to seek change. We recognize that change is necessary. And it is way past time to change.

When Jesus left the flock to go looking for the one, we assume that the one wandered off. What if he didn’t? What if he was subtly excluded at every turn? No matter the answer to those questions, Jesus still went and got the one.

Please remember, as you might consider making comments on this thread, we are in a time of mourning. And young, impressionable minds read and hear what we say. Most of us don’t know when there might be someone among us who is LGBTQ+. Let’s please be mindful of the way we choose to express ourselves. I usually allow for most comments to stand – even bigoted ones – as a witness of where our community stands. But if I feel your comment would hurt a young reader, I will delete them at this particularly sensitive time.