No Ram in the Thicket

No Ram in the Thicket January 8, 2018 Natasha Helfer

I heard of another transgender youth who died by suicide in a small community of Utah. Is the church not aware of the damage they are doing? How can we make a difference as members?

Keeping the conversation of LGBT+ suicide rates within the LDS population front and center is something I am completely devoted to. Dr. Randy Moss does an excellent job of using this powerful scriptural story to draw a parallel to the human sacrifices we are very much still putting on the altar. Neither I nor Dr. Moss are trying to be sensational. This is real. This is happening amongst our midst. Too often. Unnecessarily. Tragically. This is what it is.

It’s difficult to create a grass roots influence… but not impossible. It’s how many things have shifted in church policy over the years. A few thoughts. Talk to your local leaders about your concerns. Share the Family Acceptance Project pamphlet I link to below. Wear a rainbow pin to church so that LGBT+ youth know who their allies are. Love and accept them when they approach you. Have access to national suicide hotlines in your smart phones that you can share. Be LGBT+ inclusive in your language as you engage in your callings. Find facebook support networks to get ideas from others: see link to Mormon Spectrum below.

Today’s guest post is written by Dr. Randy K. Moss. Opinions shared on guest posts may not completely reflect the positions of the blog’s author.

Dr. Moss received his PhD from BYU in Counseling Psychology in 1996 and has been working in the behavioral health field since 1985 with emphasis on co-occurring and complex disorders. He trains and consults nationally on trauma and trauma-informed care, Feedback Informed treatment, implementation science and system transformation. He is married with four children and three grandkids, is  a generational Mormon within a mixed faith marriage. He describes his faith transition in the following way: Intellectual transition of twenty years, emotional separation of ten, spiritual release of three.

The classic painting “The Sacrifice of Isaac” (Caravaggio, (1603)) shows an angel arresting Abraham’s hand just prior to killing his son, Isaac, in pre-atonement obedience to god. Note the surprise on Abraham’s face and the calm on Isaac’s.  The story, as told in Old Testament, is that a ram was caught in a thicket nearby allowing for the sacrificial story to complete. Modern Christians and particularly Mormons, have long moved beyond human sacrifice to appease God and have packaged this story as metaphor and symbol. But have we really moved beyond human sacrifice without the angel and convenient ram as mediators to our blindness? I propose no! 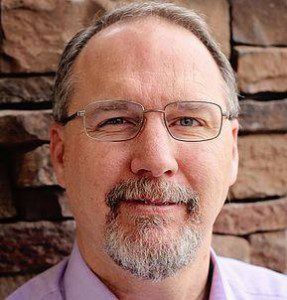 Recently statistics reveal a sick trend in deaths by suicide for youth in Utah. Utah, a stronghold of Mormon theology and admirers of Abraham, is very anti same-sex orientation. Analysis of the stats exposed some reasons for this nation leading phenomenon: social rejection. Are all these LGBTQ youth sacrificed on the altar of obedience recklessly devoid of possible angels and rams? Have the stones building the altar (church and God first, misunderstanding of salvation, archaic ideas about identity and choice, etc.) formed a platform of Baal death? Parental malpractice driven by theological proof-texting and institutional power sophistry is killing our LGBTQ youth and even those just questioning. There is no angel to stay the hand of parental alienation and shaming as different identities show forth.* There is simply a reverting to symbolic bloodletting to preserve assumed rewards in a promised hereafter; a sacrifice of children to a ruthless God for reward! Such atonement denial and selfishness. No grace or acceptance. Unlike the twists in the Isaac narrative where he voluntarily accompanies and submits to an old man he could subdue, our LGBTQ youth fight, scream out in a pain deeper than cuts. They look to chagrined parents and hardened leaders for understanding, receiving judgment and condemnation. Many cannot overtake the old man holding the knife. Messages of ruining eternal families, of bringing disgrace on earthly joy and plans, and being infested with viruses of evil soak their ground with sulfurous toxins. The pulpit balm and doctrinal reassurances are poor substitutes for the angel and ram; they lack power to save and replace.

Complicity in self-destruction is ubiquitous. Being LGBTQ is not new or abnormal. Fear stoked by religious intolerance and personal insecurity is so powerful that even the divine bond between parent and child is offered up to blinded obedience and social pressure. If your personal reward in a Maybe is nurture by the blood of innocents and confirmed by sermon nonsense, then Christ is not in you or your institution. HIS table is reserved for the marginalized, those rejected by exactly who this unsettling and tragic trend of suicides prove we’ve always been. Don’t dare deflect collective guilt by claiming choice in identity formation or in the act of death of the youth. Don’t be brazened and waxed cold in pretending that abstinence and withholding relationship is the price of sainthood. None promoting this are asked to do the same. Such pabulum.

The painting shows gratitude and surprise in rescue for a story of faith. The modern brushes outlining our scene includes our surprise at the outcome when, instead of angel and ram, we bury our children as sacrifices to a modern idol of constructed purity and homogeneity.  Sad.

*As Randy and I discussed this piece after publishing it… we wanted to add this asterisk recognizing that all players in this problem are part of a larger system. We share frustration for parents and family members that shun their LGBT+ youth by the many ways we often hear about in our offices (i.e. being thrown out of their homes as minors, being enrolled in reparative therapies, having college support immediately terminated after a “coming out,” etc.). At the same time, we understand that parents and other supporting actors, even when acting in non-healthy ways, usually do so in accordance to the resources and understandings they have available to them. We do not want to add to the shame or pain of any parent who might be dealing with very complex issues. We do want to educate and point to other options. And we definitely want to challenge a system (the larger Church entity) that has the responsibility to educate itself and its members in order to offer life and health sustaining options to all of its congregants. We mourn for all who have lost a child, a friend, or a family member to suicide. We are trying to help avoid those hurts with future families. And not all youth suicides are from families pushing away – in fact many are completed in face of the opposite: much love. Cry and mourn for all — but let’s help change the platform that contributes to some of these deaths.

The allegory is powerful in that, as Randy’s wife reminded us — we, as the general membership, need to act as the “angel” …and be the providers of the “ram” – unconditional love. I love that! 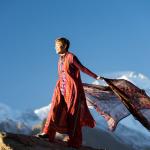 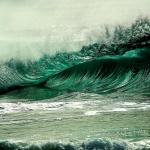