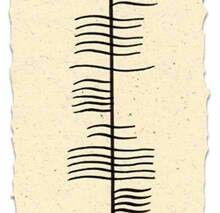 I was moved by the thoughts of Beth Wallace this past Sunday morning as I watched the news and saw in horror, again, the capacity we have as a human race to hurt each other. I appreciate her call for all of us to look inward at ways we “other” each other. I have work to do in this area for sure. I hope you find her words inspiring when things can seem divisive.

Today’s guest post is written by Beth Wallace. Opinions shared on guest posts may not completely reflect the positions of the blog’s author.

Beth Wallace’s field of professional expertise includes graduate studies in Applied Psychology from University College Cork & postgraduate professional certification in Cognitive Behavioural Therapy, from Manchester University, as well as some postgraduate explorations in Forensic & Criminal Psychology focusing on the treatment of those engaging in sexual offending behaviours. The field of sex & sexuality is where Beth has gained & shared experience with organisations such as the Belfast Rape Crisis, HIV Ireland for almost a decade as its’ Education Officer and currently a company member for over 25 years, the Irish Family Planning Association as a consultant on both community & professional training programmes & many more. 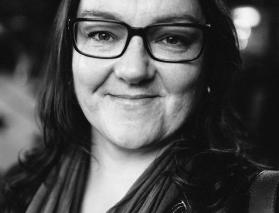 I was raised in a very religious house, we went to church most Sunday mornings, I went to bible study many Sunday afternoons and an evangelical Christian kids camp many summers. My Protestant adoptive family were deeply immersed in ‘the church’, so much so that my adoptive mother was ordained as a priest as soon as it was possible for women to do so, my brother is also ordained as are several cousins & uncles. Much extended family life revolved around church life & vice versa, the two were one & the same in many ways.

I went to Protestant schools for most of my childhood as well as discos & social events that were only for Protestant young people and can vividly remember, with crystal clarity, my red-faced enraged father yelling at me, spitting & shouting into my face threatening violence with a gun, when he discovered I was dating a Roman Catholic at age 14. I didn’t know at the time but my oldest brother’s wedding, which had already happened at this point, was nearly not attended by me nor my parents for the sole reason that he was marrying a Roman Catholic. We did go, but I learned, only a few years ago after my mother died, that it was a very last minute decision made only the week before the wedding & hostilities between family members lasted for years as a result, and unfortunately those ‘hostilities’ caused permanent damage & disconnection.

Why am I sharing this about my personal life today, you may ask? good question, let me explain…..

This past week in Ireland a young & bright journalist was shot during a street riot, and no, the ‘conflict’ in Ireland has never solely been about religion, Christian against Christian, but, it’s tightly woven into & inseparable from it, just like all conflicts that are seemingly ‘religious’.

Today, on the Sunday that is Easter for all but Coptic & Orthodox Christians, one of the two most important days of the year in the Christian calendar, over 200 worshipers (& others) have been slaughtered in Sri Lanka.

Almost exactly a month ago over 50 worshipers, of the same Abrahamic God, were slaughtered in New Zealand, Muslims this time, with Muslims also facing daily violence in Palestine & Christian priests attacked in their church in Cairo last week & so it goes on and on and on…..

This past week in Ireland we have seen more revelations of truth about what was done to over 40,000 women (including my birth mother) & over 40,000 babies in ‘mother & baby homes’, & by default over 40,000 men too, also in the name of God by those who said they were ‘people of faith’, Christians this time.

Women in Iran, imprisoned for decades, their backs scarred for life from 100s of lashes from a whip simply because they will not cover their head in the name of religion.

To list & detail all the murders, wars, rapes, slaughters, bombings, taking of land & culture, all the violence that has resulted from belief in religion would take a lifetime, and, because it continues on a daily basis in many homes & communities & countries around the world one simply could not keep up with the litany of it.

Today I feel the heartbreak of that untold violence. There is a deep ocean of grief within me that longs to howl at what we do to each other as a species all because we believe different things & cannot allow others believe differently. So many of us MUST assert our rightness, we MUST assert what we believe is the truth, the one & only truth, & others must agree or suffer some form of sanction where they are ‘othered’, ostracised & punished. The violence of that sanction can be a Twitter pile-on or a bombing of a church or mosque, but it is exactly the same energy that drives both actions – a need to be ‘right’, a need to make others agree that I am right & a willingness to punish them if they refuse to submit to my ‘rightness’.

I am happy for all 8 billion of us to believe different things, honestly, I don’t care what others believe UNTIL it seems they want to convert others to their ‘truth’. I don’t care what that ‘truth’ is, I don’t care if it’s about Jesus or Allah, about tantra or transgenderism, but the moment, the very moment we try to tell others that their belief (not something that’s evidence-based or provable) is ‘wrong’ or should be better is the VERY moment we commit violence against them – the scale of that violence may be in personal relationship or it may result in the death of 100s or it may result in that person being subject to libel on social media resulting in loss of their job & more, but it is EXACTLY the same violence rooted in ”I am right, you are wrong, & I am going to make you pay somehow for your wrongness.”

I must see where my own thoughts, fantasies & what poses & disguises itself as belief stands in the way of connection & peace with myself & others. I must check each reaction & response in me towards others, I must notice & question every judgement, every criticism, every desire to lash out, to harm, to defend & to silence firstly myself & then in the direction of others, I must fearlessly look myself in the mirror of self reflection & really see what’s there. Only then, with clear & brutal loving honesty with myself, can I stop perpetuating the violence both in & around me.

And no, I am far from perfect, of course, this is a daily struggle for me. I have come a long way since the indoctrination, damage & violence of my youth & find myself still committing some form of violence against myself or others almost every day, but living in an Arabic country with a culture that is very alien to my own, as I am at the moment, has been both a rich & painfully beautiful way to exercise this muscle & to challenge myself to meaningfully & purposefully walk my talk.

I want to know, I would love you to share, how are you cultivating deep & meaningful peace in your self & in the world?

And I don’t mean pink & fluffy peace with flowers in it’s hair, although that’s sweet too but it’s often impotent, I mean peace that does not beget violence but also peace that actively, & with loving strength, holds hands with freedom, power & justice? 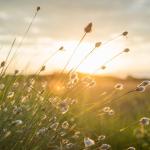 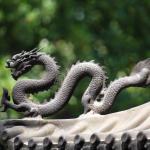