Rescinding Policy without Apology is Bad Leadership May 3, 2019 Natasha Helfer

Mette Harrison put effort in gathering names to support this important position statement she drafted which is posted on Medium. I have her permission to share here as well. If you would like to add your name to the list please email Mette at ironmomm@gmail.com.

Today’s guest post is written by Mette Ivie Harrison. Opinions shared on guest posts may not completely reflect the positions of the blog’s author.

Mette Ivie Harrison writes The Bishop’s Wife mystery series for SoHo Press and was a frequent blogger for Huffington and RNS about Mormonism.  She also publishes the Vampires and Mormons series and The Book of Laman series for By Common Consent Press.  She is an All-American triathlete, Princeton PhD and mother of 5.

April 4, 2019 leaders of The Church of Jesus Christ of Latter-day Saints walked back much of the November 5, 2015 policy that called for excommunication of same-sex married couples and the exclusion of their children from the saving ordinance of baptism and full inclusion in the church. D. Todd Christofferson, member of the Quorum of the Twelve, claimed the policy was meant to be “loving” and to help avoid situations where children were taught differing messages at home and at church., Following the policy rollout, the current church president, then apostle Russell M. Nelson, declared the policy to be direct revelation from God.

In the time since the policy was released, youth suicides in Utah have reached an all-time high that some residents believe is directly related to this policy, and many, many members have resigned in protest over what appeared to be a deliberate move to punish parents through their children, marking these families as different from others in the church. In particular, to those LGBTQ Mormons who had tried desperately to follow church counsel in previous years, to enter into mixed-orientation marriages that produced children but ultimately ended in divorce, the policy seemed designed to further hurt those who were trying to build healthy relationships based on their true sexuality and gender identity. It also caused enormous collateral damage that could be expounded on in depth if we had time to tell individual stories.

We are all pleased that this policy has been changed. We are also pleased that there are many allies working from within the church who are trying to explain to church leaders why more needs to be done. We need to help reduce youth and adult suicides in Utah. We need to be more inclusive and Christlike in our teachings and culture. We need to think of heaven as God more inclusively, and to show this in our iconography, our temples, and our songs and stories.

We hope that church leaders will start acting more inclusively with regard to transgender, intersex, non-binary, and asexual individuals. But we must call out the rescinding of this policy out as the hypocrisy that it is. To say only three and a half years ago that President Nelson and the other church leaders were inspired by God to institute this policy, and now to take it away without a hint of admission that it was wrong, is bad doctrine and bad policy. To rescind this policy without acknowledging that it caused terrible harm and hopelessness, to point the finger at God rather than at themselves as the people who made this decision and got this wrong, is poor leadership. 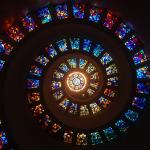 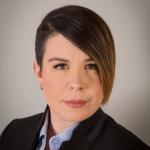