To the Authors of a Better Mormon Story

To the Authors of a Better Mormon Story May 30, 2019 Natasha Helfer

I came to know Margo Catts as both a wonderful hostess and a beautiful writer. She is the author of Among the Lesser Gods.  When she submitted this entry to my blog, I couldn’t have been more honored to showcase it here.

I agree… we need to be authors of better Mormon stories.

Today’s guest post is written by Margo Catts. Opinions shared on guest posts may not completely reflect the positions of the blog’s author. 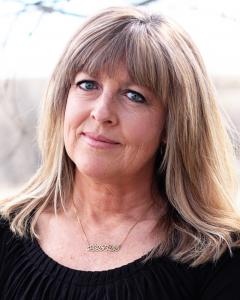 was born and raised in Los Angeles, and has since lived in Utah, Colorado, Indiana, and Texas. After raising three children in the U.S., she and her husband moved to Saudi Arabia where her Foreign Girl blog was well known in the expat community and she was a contributing author to Once Upon an Expat. Originally a freelance editor for textbooks and technical manuals, she now writes and edits fiction. Among the Lesser Gods is her first novel, and she is at work on the second. She loves travel, cycling, cooking, and unhealthy amounts of reality TV. She currently lives in Houston, Texas.

To the Authors of a Better Mormon Story

When you want somebody to understand an idea, you use a story. What happened in the Wall Street meltdown? The Big Short. Implicit bias and unacknowledged privilege? The Hate U Give. Friendship? Charlotte’s Web, obviously.

When it comes to agreeing on our values and aspirations, to binding ourselves together as a community, the stories throughout history have been about God. But as easily as they can unite us in building and growing, in calling forth our better selves, they can unite us to harm, hate, destroy, to override our conscience, to form tribes united by fear. It all depends on the story.

We become the God we worship. That’s what worship is.

So it’s important to me that the story be good. I made my final decision about whether I could live with the story of Mormonism when I saw it being used to unite people around the idea that they should close rank more tightly against the already marginalized, already wounded people trying to exist among them. God, the story went, said LGBTQ people were wrong about themselves, that they must not be received equally among cisgendered, heteronormative people unless they conformed to behavior that denied their nature. The cries of LGBTQ people were just the cries of children wanting somebody else’s toy, so we must steel ourselves to stand firm and let them cry.

I have been largely silent until now. I left my community quietly and withdrew to examine and nurse my own wounds. Prolonged twisting to accommodate teachings that my soul resisted left some nasty sores. But those were my wounds alone, and I wanted to respect the feelings of good people who chose to stay, people I love and respect, who have grown in their own beautiful, unique ways, out of different soil than mine, who didn’t feel the same pain I did, and who could understandably feel as personally rejected by me as I did by them. Perceived judgment flows both ways, I know. And there was much good for them to do from the place where I could no longer stand—family members and friends who create safer narratives for children, stretch the tent stakes for love farther out, widen the tent of inclusion.

But silence, for me, is a privilege. I am not directly affected. I left my community because I refused to associate my name with its agreed-upon stories, harmful stories, stories I couldn’t make excuses for, not because the stories went after me personally. Now, if I’m to actually mourn with those that mourn, I can no longer indulge in a silence not available to them.

The story Mormon leadership told in the wake of legalized same-sex marriage in the United States was that God declared anyone entering into such a marriage to be in apostasy, subject to excommunication. The children of such parents could not be baptized or ever join the church that rejected their parents until those children rejected their parents just as firmly. To accept this story, I would need to agree that God called upon his people to be not the Samaritan, but the robber. Voicing opposition is also considered apostasy, so I refused by walking away. In silence.

Three and a half years later, the story has now been revised: Though there was no change to the doctrine that underlay the original policy — doctrine that denied eternal reward to anyone living in harmony with an LGBTQ identity — same-sex marriage itself would no longer be considered apostasy. Never mind—turns out it’s just garden variety sexual sin. The kids can join us after all. In fact, really, everyone should stop being so divisive. God has spoken. Carry on along that Jericho road, Levites and priests. All is well now. There was no robber, there is no cry coming from the wayside.

Because of this exclusive, absolutist story about God, in its shifting details but unbending core, people have lived lifetimes of misery. Families founded on an impossible promise that “marriage will fix it,” unable to sustain the unsustainable, have broken and left adults and children suffering. Parents have rejected children. Boys and girls, men and women have taken their own lives.

Also because of this story, those in the center-lane position of privilege have watched God cater to their comfort, rather than call them to understand others’ suffering. Come to the wedding feast, this God says, and I’ll hold the door shut until you’re comfortable, first with receiving people of color, then women in a sufficiently submissive capacity, then people who love differently than you. I’ll keep them outside until they can at least put on a good show of acting more like you.

Now, the story goes, God wants to ease off a bit. He’ll open the door to people willing to agree the table is primarily yours.

I find that story, and what it does to people’s relationships, troubling. If you do, as well, there’s a twist: we are the authors more than the audience. When the damaging effects of the original story became undeniable and people walked away as I did, or stayed and simply refused to accept it, the story changed awfully quickly. The storyteller is, in the end, at the mercy of the audience, and can tell no more outrageous of a story than we will tolerate. We say a lot about ourselves with the kind of story we’re willing to believe about our God.

And it is, most assuredly, a man-made story. If you insist that God is the author, and ours is not to question, then you must also assert that God is abusive to the vulnerable, and fickle. On the other hand, if God is good, and fallible men just made a transcription mistake because they’re sometimes right and sometimes wrong, well, why listen to them above any other grandpa? Mine was sometimes right and sometimes wrong, too. And he at least was able to listen to other ideas, change his mind, and apologize.

Discernment — the effort to figure out what God wants — gets both easier and harder when you understand it as a collective exercise. The voice of God is in the cry of the wounded, not in administrative announcements, and humbly listening to that hurt hand or foot is the only way to discern what will make the entire body more whole. Discernment is not what’s happening when an individual thinks hard about his existing ideas and asks himself whether God agrees. (Spoiler: God always agrees with your favorite ideas.) Discernment is not something you can outsource to some higher authority you want to do the discerning for you, or else we’re right back at the base of Sinai, speaking the same words as the children of Israel, telling Moses that no, we don’t want to experience God ourselves. You go ahead and do it for us.

“You can safely assume you’ve created God in your own image,” Anne Lamont says, “when it turns out that God hates all the same people you do.”

If you don’t like the story you’re being told, whether from inside or outside Mormonism, change it. Speak. Act. Live the story you want. Eventually, the story will bend to meet you.

So claim your authorship. Embrace the people around you in radical love, even as others insist that the true story of God says your gay neighbor is defective and wrong in what he knows about himself. Trust the judgment of the good people you know and love, who have rejected the story and left your community, rather than accepting the word of someone you don’t know, who says they’ve failed a test of faith, that you should expect to see yourself in heaven without them and are right to use your fear to manipulate them. Refuse to override your conscience. Refuse to accept that the entire, diverse, differently-abled breadth of humanity is not one body, that the hand has no need of the foot. In action and word, reject stories about God that serve comfort and privilege, rather than call us to lift and nourish those on the margins so that we can all be nourished together. No great change in any church has ever come without earthly pressure to change the story, whether from within or without.

My friends are brilliant storytellers, all of you. I love you, always have, always will, and support whatever journey leads you toward greater love and unity, as I wish for you to support mine. But if you don’t like this story, it’s yours to change. And I would really like to hear a better one right now.

The Miracle of Fatima: A Visit by Mary—or...
There’s a thin veil that separates us from the world beyond our...
view all Latter-day Saint blogs
What Are Your Thoughts?leave a comment
Copyright 2008-2021, Patheos. All rights reserved.
error: Content is protected !!