It didn’t have to be this way…

May we, the white members of the church that directly carries Christ’s name, actively take a role in healing the wounds of people of color both within and out of our communities.

This guest post is being shared by and with the permission of Joanna Brooks. Opinions shared on this post may or may not completely reflect the positions of The Mormon Therapist Blog and Natasha Helfer Parker.

It didn’t have to be this way. There were always white LDS people who knew better.

In 1963, Michigan Governor George Romney–the best known Mormon of his time–provided state support and full endorsement for the Rev. Dr. Martin Luther King Jr.– led Detroit Walk to Freedom on June 23, 1963; he did not walk in the Sunday event due to his observance of the Sabbath, but he did lead a march with NAACP leaders through the suburb of Grosse Pointe just a few days later. His activism drew direct criticism from members of the Quorum of the Twelve.

In 1965, Romney led a march of ten thousand in Detroit to support voting rights and demonstrate solidarity with Selma marchers.

During his term of service as President Nixon’s secretary of housing and urban development, Romney refused to consider government support for housing projects that did not support racial integration, earning strong pushback from Nixon
that contributed to Romney’s loss of his position.

When Senator Mitt Romney showed up for #BLM, he was upholding a sacred family commitment. And it made my heart happy. Because this is the Mitt Romney we’ve been waiting for. And because there is so much work to be done, we need more from him. And ourselves. George Romney put his job on the line. Will we give those who come after us reason to honor us?

(Source: my book, but please read this wonderful article from my friends Paul Harvey and Ed Blum: https://www.theatlantic.com/…/how-george-romney-cha…/261073/)

Natasha Helfer Parker, LCMFT, CST, CSTS can be reached at natashaparker.org and runs an online practice, Symmetry Solutions, which focuses on helping families and individuals with faith concerns, sexuality and mental health. She hosts the Mormon Mental Health and Mormon Sex InfoPodcasts, is the current past president of the Mormon Mental Health Association and runs a sex education program, Sex Talk with Natasha. She has over 20 years of experience working with primarily an LDS/Mormon clientele.
Previous Post 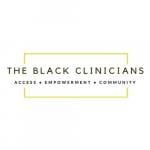 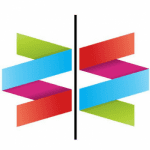 June 26, 2020 Symmetry Solutions Strategies
Recent Comments
0 | Leave a Comment
"Mormonism claims to be the most American of all religions. When it comes to racism ..."
Morm on Do Better
"I was once given a great gift--by the Navy (indirectly, in this case). I was ..."
CalSailor Racism is bigger than hate
"Fine report, Natasha on a wonderful set of meetings. I hope that more meetings can ..."
Mark Matheson Thru Cloud and Sunshine
"So, let me get this straight, you feel that “ecclesiastical leaders should be leading the ..."
GDS Working Towards a Non-Splintered Community
Browse Our Archives
Related posts from The Mormon Therapist