EXCLUSIVE: Get an Inside Look at the First Muslim Adoption Agency in the U.S.

EXCLUSIVE: Get an Inside Look at the First Muslim Adoption Agency in the U.S. June 19, 2017 Iman

(This is part one of a series on adoption. Read part two here and part three here.)

Somewhere in Pakistan, an unwanted baby girl is being left at the doorstep of a mosque or in one of the Edhi Foundation’s public cradles, with the hopes that a stranger will help her survive. Somewhere in Morocco, a little boy has been abandoned by his caretaker at an orphanage or even on the streets to fend for himself. Somewhere in America, a family with a safe and loving home is ready to adopt them.

Thanks to New Star Kafala, the first Muslim adoption and child advocacy agency in the United States, it is now possible for Muslim American families to adopt orphans and abandoned children from Morocco and Pakistan. I have been curious for many years about why adoption and foster care are not more common in the Muslim community, so I was pleased to discover that the New Star Kafala team is working hard to become a big part of the solution.

We need to put the interest of the children before our own convenience, as the children in orphanages and foster care are our collective responsibility.

I recently had the pleasure of speaking with Sarah Haider, the Associate Director of New Star Kafala. She has a fascinating personal story of how she was led to adopting her two daughters from Pakistan, which was not a simple process. Although initially intending on adopting from a different country, Sarah and her husband learned about the Edhi Foundation “jhoolas” and decided to adopt a baby girl from Pakistan. However, there was very limited information available to them except through word-of-mouth. In order to assist and support other families who were interested in adopting from Pakistan, as well as to build a community for her own family, Sarah founded Pakistan Adoption Group in 2004. This online group became her lifeline at a time when it seemed like she had no other source of support.

Fast forward 10 years: by this time, Sarah had adopted both of her lovely daughters, but her work was far from over. In 2014, the Universal Accreditation Act extended the accreditation and approval requirements for international adoption to official adoption service providers (ASP) in Non-Hague Convention countries. This meant that Morocco and Pakistan were facing possible suspension of international adoptions. Sarah Haider and Wafa Bennani (who was helping people to adopt from Morocco at the time) decided to take matters into their own hands. They teamed up with Barbara McArtney, a founding board member of Parents for Ethical Adoption Reform (PEAR) and the founder of Graham’s Gift, which they converted to New Star Kafala, the first U.S. Muslim adoption agency.

While sponsoring an orphan through donations is definitely a virtuous deed, adoption provides an actual loving home to a parent-less child.

After learning about her journey, I also used this opportunity to ask Sarah about what prevents many Muslims from adopting and fostering children. From her experience, there are 3 main perceived hindrances: the mahram issue (especially for hijab-observing women), inheritance laws, and lineage/naming confusion. In reality, these can be dealt with in practical ways, and they definitely do not “prove” that adoption is forbidden or discouraged in Islam. Sarah stressed that ultimately, none of these issues should prevent someone from providing a helpless child with a safe and loving home.

Also, some people who see fostering as a burden may not know that many of the child’s financial needs are covered by the state, as well as training, support, and help for the parents. We need to step up as a community and take on these roles, rather than allowing Muslim children to get passed around in non-Muslim homes and often losing their Muslim identity in the process. You can learn more about the fiqh of adoption and fostering, as well as the incredible virtues, here.

Adoption is not only for couples who do not or cannot have children.

New Star Kafala is unique in that it is a Muslim agency which provides Sharia-compliant adoption services, so they understand the nuances of Islamic adoption better than a non-Muslim agency would. They have social workers who guide the families they are working with through the adoption process while keeping the Muslim faith in mind. They even provide education of how to parent a child through the Islamic perspective, and have an online parental support forum. They conduct charity programs in various orphanages. They also have facilitators in Pakistan and Morocco who help clients as they go through the adoption process, which is especially helpful if the clients don’t speak the language of the country. New Star Kafala even has reunions, which ensures that clients will feel a sense of community that transcends the finalization of the adoption.

New Star Kafala has also been conducting informational sessions to encourage the Muslim community to foster children, with guidance on how to get the foster license. They are building a support system for foster care families and children at this time. Another valuable resource for prospective Muslim adoptive or foster parents is the Muslim Adoption Network.

Sarah happily told me about how often her clients come to her, sometimes years later, to eagerly introduce their children to her. This heart-warming gesture truly shows how happy they are after adopting, Alhamdulillah, as well as how satisfied they were with the process facilitated for them through New Star Kafala.

When I asked Sarah what message she would like to convey to the Muslim community, she emphasized that we need to put the interest of the children before our own convenience, as the children in orphanages and foster care are our collective responsibility. While sponsoring an orphan through donations is definitely a virtuous deed, adoption provides an actual loving home to a parent-less child. It is not only for couples who do not or cannot have children. Sarah feels that her faith was strengthened through adoption, and wants to help other Muslim families see the beauty in this act as well.

Here are some ways that you can support New Star Kafala:

The Prophet (saws) said, “I and the guardian of an orphan will be in Paradise like these two,” and he held up two fingers (index and middle) close to each other. [Al-Adab Al Mufrad]

Sarah Haider, PMP, holds a BS and MS in Civil Engineering as well as an MBA, and works as a Leadership Coach for Aegis Management Consultants, in Houston, TX. She has been actively involved in the community in raising awareness for foster care and adoption in addition to her professional activities.

Sarah is the founder of Pakistan Adoption Group, an online community of support. This later led to her joining the board of New Star Kafala, for which she served as President of the Board 2016-17, and now as Associate Director. In addition to this, Sarah also serves on the board of a new local non-profit, Cultivating Families, whose mission is to inspire and equip communities of faith to support foster and adoptive families thrive in their congregations. She frequently speaks on children’s rights, raising awareness for children in foster care and orphanages, and their right to safe, loving homes.

Sarah has been an Interfaith activist for the past several years and now serves as the Muslim co-lead for the Sisterhood of Salaam Shalom Houston Chapter. Sarah has been a proud Houstonian for over twenty years, where she lives with her husband and two daughters whom she adopted from Pakistan. In her spare time… Never mind, she doesn’t have any! 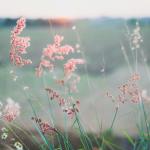 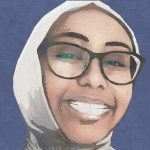