Why Are Converts Not Given a Fair Chance at Marriage?

Why Are Converts Not Given a Fair Chance at Marriage? November 1, 2017 Kaya Gravitter

I am writing this article to shed light on a problem within our ummah that I hope we can fix. Many people don’t realize they are doing it, or even realize that it’s wrong.

When looking for a wife, it’s alright to have certain preferences of who you want to marry, but if your reason for not marrying a certain person is purely for racial reasons, that is just not right. It is 2017 — you should be more diverse in your mindset. We need to get out of the norm of only marrying within our culture or our race, because Islam is the most diverse religion in the world.

The problem of people refusing to marry Muslim converts (or not letting their children marry converts) breaks my heart. I have seen so many amazing convert brothers and sisters get turn down for marriage for reasons that are out of their control. Yes, I have also seen some born Muslims doing whatever they can to marry a convert. However, for the most part I have seen far more families and individuals say ‘no’ to converts.

We need to get out of the norm of only marrying within our culture or our race, because Islam is the most diverse religion in the world.

We should be helpful to converts in any way that we can, and that includes assisting them in the process of getting married. As Prophet Mohammed (PBUH) stated, “A Muslim should never leave another Muslim in a time of need.” I am not telling you to feel feel guilty that converts are often alone, and that you should marry them for that reason. I am saying that we never know what we will be questioned for on the Day of Judgement. Converts are Muslims too, and they deserve a fair chance at marriage.

Only God knows, but I believe it’s good to be conscious and more open-minded in the times we live in. Some parents are “open-minded” enough to easily accept that their children don’t pray, refuse to wear the hijab, or even drink and do drugs. But they would not accept a convert joining their family. This doesn’t seem very open-minded to me. It is time to push culture and ego aside, because there is no racism in Islam.

The way converts get treated in our community is wrong, and I hope that’s something that can be changed. I know that as a ummah, as a community of brothers and sisters in faith, we are better than this and we can do better.

I will share some of the stories I have heard and seen first-hand which show how converts are treated in regards to marriage. Then maybe you can answer the questions I have listed below and kindly answer them for me in the comments section, because I still don’t know the answers to them.

Why are converts not good enough to marry?

Is it only because their culture is not exactly like yours?

I have seen comments on social media and heard people say that they would never marry a convert. I have heard Muslim parents say they would never let their child marry a Muslim convert because they want them to marry a born Muslim, or someone from their country or town.

The way converts get treated in our community is wrong, and I hope that’s something that can be changed. As a ummah, as a community of brothers and sisters in faith, we are better than this.

I’ve also heard brothers say they refuse to marry coverts and only want to marry born Muslims, so they can teach their kids everything about Islam. All of the burden to raise children should not be put on women. Plus, many converts have a thirst for knowledge and may even have put a great deal of effort into learning about the religion, so it should not be assumed that they will not teach their children properly.

I know of one convert woman who married a born Muslim years ago, and his family has still not accepted the marriage. They treat this woman horribly. The husband’s mom in particular, who didn’t accept the marriage, spit it the face of her convert daughter-in-law at the Masjid/Mosque. This mom was said to be “religious.” Many people at the mosque were shocked by what they saw. I am still shocked when I think about how the convert was treated, as I write this.

I know of a brother who refused to marry one of my convert friends only because she was not Arab.

I know of a convert woman and Pakistani man who wanted to get married. They were in love, but it was innocent halal love. The family refused to allow him to get married, though the parents never said if it was because she was a convert or because she was of a different race. The man didn’t want to go against his parents, so he didn’t marry her; this left the girl heart broken. The most tragic part is, these two are still in love to this day, even though she ended up marrying someone else after waiting for years for his parents to change his mind. The man has refused to marry any other woman, to this day.

Many converts get treated in this way and they still choose to stay Muslim. To me, that is dedication and love for Allah.

Were you able to find an answer to my earlier questions after reading this article? If so, please answer them in the comment section below.

Anyone who has questions about Islam or conversion, please message me on my Facebook page and watch my YouTube channel. 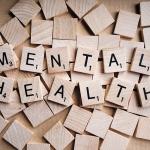 October 30, 2017
5 Myths About Mental Health Counseling in the Muslim Community
Next Post 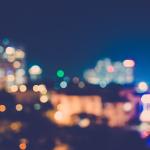 November 3, 2017 Finding Perspective: Understanding the World Around Us
Recent Comments
1 Comment | Leave a Comment
"I did shared very nice verses from Quran"
Halal Quotes 5 Verses of the Qur’an That ..."
"This was beautiful. I'm also spending more time appreciating the blooming lilacs, the care of ..."
Trellia Solitude and the Virus | An ..."
"It's good to hear you're finding some silver lining for this times. In all honesty, ..."
David Brevik Solitude and the Virus | An ..."
"This genre of writing is known as Haibun in Japanese literature. The most famous exponent ..."
iljasb Refuges: A Poem
Browse Our Archives
get the latest from
Mostly Muslim
Sign up for our newsletter
POPULAR AT PATHEOS Muslim
1