“Dear Zainab…” | Letters to the Ummah

10 days have passed since your murder, and five days since you were found. It took me almost a week to write this, because… What does one say after an incident like this? What can be said to console your parents, who were shocked with this horrifically tragic news while visiting the House of God? What can I say to you, sweet angel, after your dignity and life were stolen from you in such a heinous way? After you were lured towards your death, innocently walking hand in hand with a monster who took you away under the guise of safety and friendship? You were trusting, because you should be able to trust people. You did nothing wrong. You were just seven years old.

You’re not just someone else’s daughter. You’re the world’s daughter and little sister. You were the collective responsibility of everyone: the local police in Kasur, the community around you, but most of all, the world that gave the killer the confidence to do what he did. A world that still says, “boys will be boys” and, “men just can’t help themselves.” A world that tries to hold women accountable for violence committed against them. But you can’t even say #MeToo, princess. Because even your right to live was snatched away from you. Your voice and right to defend yourself was stolen from you.

The worst response I have seen, unfortunately, has been from people in countries like mine. People who dehumanize children like you on a daily basis, because you don’t look like their children. Comments left anonymously on the Internet in a cowardly fashion show just how callous people can be. In their minds, the crime and injustice done against you is not their problem. Apparently, the monsters in their countries are less barbaric. The child rapists and murderers in their own countries are just mentally ill – an exception to the generally “civilized” population.

I pray that you will forever be in a place where you don’t have to think about or remember what happened to you. Where the horrors of this world are like a bad dream that disappear forever after you wake up. I pray that the monster who killed you will face severe consequences for what he did, in this life and the next. As the globe becomes more connected, people seem to be getting more detached. I pray that the world will start to see people like you as human beings whose lives are worth more than a passing thought or a trending hashtag.

Rest in peace, little angel. You will never be forgotten.

“Gardens of perpetual residence: they will enter them with whoever were righteous among their forefathers, their spouses, and their descendants. And the angels will enter upon them from every gate, [saying,] “Peace be upon you for what you patiently endured. And excellent is the final home.” [Qur’an 13:23-24] 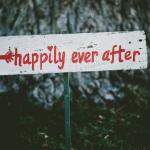 January 8, 2018
Marriage Is Not a Cure-All for Life's Problems
Next Post 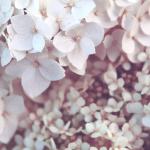 January 16, 2018 Discovering the Grace of God
Recent Comments
0 | Leave a Comment
"I did shared very nice verses from Quran"
Halal Quotes 5 Verses of the Qur’an That ..."
"This was beautiful. I'm also spending more time appreciating the blooming lilacs, the care of ..."
Trellia Solitude and the Virus | An ..."
"It's good to hear you're finding some silver lining for this times. In all honesty, ..."
David Brevik Solitude and the Virus | An ..."
"This genre of writing is known as Haibun in Japanese literature. The most famous exponent ..."
iljasb Refuges: A Poem
Browse Our Archives
get the latest from
Mostly Muslim
Sign up for our newsletter
POPULAR AT PATHEOS Muslim
1