Marriage Is Not a Cure-All for Life’s Problems

Marriage Is Not a Cure-All for Life’s Problems January 8, 2018 Iman

You know the typical “rom-com” narrative? The one that goes, “Girl is unhappy and guy is a mess; girl meets guy, they fall in love, but they have some issues due to misunderstandings; things always work out and they end up living happily ever after.”

Yeah, that one. It’s repeated so many times that the message is pretty much drilled into our minds: “Love conquers all.” And for most Muslims, “love” means “marriage.” So we start to see marriage as something that will rescue us from all of our problems.

People who are unhappy with their family life are looking for an escape route. Young women think their weak self-esteem will be improved once they have a husband who’s in love with them. Young men who are broken think they’ll be fixed once they have someone to love and hold.

And of course, parents think their children will be freed from their issues and addictions once they have a perfect spouse taking care of them. (As in, someone who is religious and totally pure but is also willing to overlook even the most sinful past and serious character flaws, and “guide” the messed up spouse into magically becoming a better person.)

The issue with all of this is that we turn marriage into a union between two self-serving people, rather than a means to serve God and His creation. This is a recipe for disaster. Simply being married will not automatically fix deep-rooted family issues, a fragile self-esteem, or one’s distance from Allah and Islam.

We turn marriage into a union between two self-serving people, rather than a means to serve God and His creation. This is a recipe for disaster.

I often hear people telling newlyweds (especially brides) that they are starting a “new life” after the wedding. However, this simply isn’t the case. Each married person still has their own individual life, including their past baggage. Everyone is (or should be) on their own journey of self-improvement and spiritual enrichment. And we will all have to answer to God for our own actions, decisions, and intentions, independent from our partner.

If you’re single, please know that I’m not trying to scare you away from marriage or make it seem like it won’t improve your life at all. Marriage (with the right person) is a blessing from God. But we all need to make sure we go into it with honesty and virtuous intentions, rather than with selfishness and over-dependence.

The reason this is an issue is that when both people go in with a mindset like this, they are each expecting the other person to accept their shortcomings, rather than trying to improve themselves. Marrying someone with flaws is unavoidable, but falling in love with serious flaws doesn’t happen. Because things like a short temper, addiction, or demeaning attitude will get old really fast. And it might seem cute to say “Wake me up for fajr,” but when both people expect this, neither will get up and each of them will be separately answerable for that missed prayer.

Marriage (with the right person) is a blessing from God. But we all need to make sure we go into it with honesty and virtuous intentions, rather than with selfishness and over-dependence.

In the end, it’s important for all of us, married or not, to try to have taqwa (consciousness of God). We need to be kind to our spouses, actively work on our flaws, and pray for our issues to be resolved, because only God can help us with that. This is not a burden that anyone else can carry — even the most loving husband or wife.

“Say, ‘Is it other than Allah that I should seek as a Lord, while He is the Lord of all things? And every soul earns not [blame] except against itself, and no bearer of burdens will bear the burden of another. Then to your Lord is your return, and He will inform you concerning that over which you used to differ.'” [Qur’an 6:164] 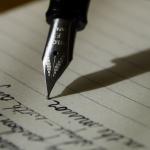 January 5, 2018
5 Reasons Why You Should Start Journaling Today
Next Post 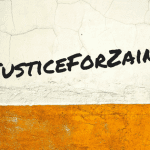 January 14, 2018 “Dear Zainab…” | Letters to the Ummah
Recent Comments
1 Comment | Leave a Comment
Browse Our Archives
get the latest from
Mostly Muslim
Sign up for our newsletter
POPULAR AT PATHEOS Muslim
1