Why New Converts Should Not Be Rushed into Marriage

Why New Converts Should Not Be Rushed into Marriage February 2, 2018 Kaya Gravitter

There was an article which was recently published on Mostly Muslim, referring to marriage not being an answer to all of life’s problems. I could not agree more. It also got me thinking about how this relates to converts…

Many converts to Islam have told me, and I have witnessed this myself as well, that whenever something bad happens to them (especially if the convert is a female), the first thing that is brought up is marriage. It is presented in a way that makes it seem like it will fix any problem, such as of being alone, not having enough money, etc.

That is because, like many problems in the Muslim community, we try to patch these things up with a temporary fix and pretend they will go away. Marriage is not a bandage that you can put over something and expect it to heal.

Yes, marriage completes half of your deen because it’s not easy work. Marriage is a real test of both people’s character and taqwa (God-consciousness), which is why they call it “half of your deen.” If someone is not ready for marriage, it will be even harder for them to have a successful relationship. Therefore, it should never be rushed into.

Marriage is not a bandage that you can put over something and expect it to heal.

Oftentimes, people don’t even wait until there is a problem in a convert’s life before telling her that she should get married right away. It’s presented as the second action she should take after her shahada (testimony of faith/acceptance of Islam). As if it is a pillar of Islam, as important as the 5 daily prayers. But it’s not.

Rushing a new Muslim into marriage before they have even established their faith, and when they are often going through significant changes in their life, is not a good idea. Instead of pushing converts to get married, the Muslim community should support them in more helpful ways, such as teaching them how to pray salah and becoming friends with them.

Unfortunately, it was not until I got Islamically engaged/married to a Muslim man (Alhamdulliah), that I was taught how to pray. (No, I did not convert for him. I was Muslim for two years before I even knew him.) It should not have taken that long for someone to teach me how to pray. I also want to clarify that, no, I did not get engaged or married just so I could learn how to pray or make my life easier. It is because I was ready for that next step in my life.

Instead of pushing converts to get married, the Muslim community should support them in more helpful ways.

I had a friend who went to the masjid looking for financial assistance. (I know the masjid has funds specifically for this but they rarely, if ever, give the money away.) They declined to give her any financial assistance and said that the only way to really fix her financial problem was for her to get married. They then recommended suitors for her, but she shut them all down. She was looking for help from her community, not a husband. She was very turned off by the situation.

In my opinion, you should be independent on your own and be confident in who you are before you get married. It’s also important to strengthen your iman (faith) and learn the basics of the Islamic faith before rushing into a huge decision like this. If you are not ready to be married but still do it, it is highly possible that the marriage will end up in divorce or both spouses will be miserable.

The Muslim community should be more open to actually making coverts and new Muslims feel loved and welcome. Help them pray. Invite them out for coffee. Invite them over in Ramadan to break the fast with you, or invite them to your Eid celebrations. Most converts spend Eid and Ramadan alone. (Just as with praying, I never celebrated Eid until I got Islamically engaged/married. It should not have been this way.)

Just send a convert you know a text and talk to them. It’s really not that hard.

Believe me, fasting is way harder when you know no one else around you is doing it. Just send a convert you know a text and talk to them. It’s really not that hard. It’s your duty as a Muslims to make new Muslims feel welcome and loved. You should not be throwing marriage proposals to marry your sons, in their face.

In conclusion, marriage is nothing to joke about and is a serious connection and contract between two people. My fellow converts (and even born Muslims), don’t fall into the trap of thinking marriage will fix everything, because more often than not, it doesn’t work. Just have patience and strengthen your relationship with Allah. Love and marriage will happen naturally; don’t force it. 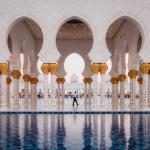 January 30, 2018
Balancing Spirituality in a 21st Century World
Next Post 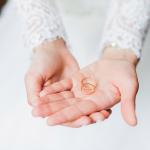 February 6, 2018  Being in a Biracial Marriage as a Muslim Convert
Recent Comments
0 | Leave a Comment
Browse Our Archives
get the latest from
Mostly Muslim
Sign up for our newsletter
POPULAR AT PATHEOS Muslim
1