To Divorce or Not to Divorce: For Many Converts, It’s a Complicated Decision

To Divorce or Not to Divorce: For Many Converts, It’s a Complicated Decision March 11, 2018 Kaya Gravitter

Divorce is a complicated topic. Many people who are in unhappy marriages are unable to get a divorce for a variety of reasons. It’s not as simple as some may think it is. In this article, I’ll be focusing specifically on female Muslim converts, although many of the points may apply to non-converts as well.

It is difficult for many converts to get a divorce. I think some of the reasons are that they are afraid of being alone, are not able to financially support themselves, are manipulated into feeling like there is no way out, or do not want to disappoint their family. Some converts may not even have family support to begin with, so they can’t count on that in case of a divorce.

Female converts do not always come from wealthy or educated families; some of them may not even have received an education themselves. So they may feel they have nowhere to turn to because they don’t feel strong enough to make it on their own. This often causes them to have a lack of self-confidence, and I do not blame them for this. They may feel insecure because of the way their spouse, family, or society has caused them to feel.

Many people who are in unhappy marriages are unable to get a divorce for a variety of reasons. It’s not as simple as some may think it is.

Some converts who are afraid of being alone feel that way because they are unhappy with who they are as a person. But the thing is that if you are unhappy with yourself, being with someone will never fix it. It will only work as a temporary bandage.

Ever heard of the saying, “desperate times call for desperate measures?” When you fear being alone, as a convert you may make a rash decision by marrying someone you don’t really know who turns out to be abusive, controlling, or a sociopath, etc. Many things can cause someone to feel like they do not want to be alone, but I am not going to get into that.

There is also another saying: “People are with the people they think they deserve.” This may lead one to choose a partner that they feel best portrays themselves. You cannot truly love anyone before you love yourself because no matter who you are with, you will always have to live with yourself.

Some converts may in fact have the strength, financial stability, or education to live on their own. However, they do not get a divorce because they fear that their non-Muslim family will see all Muslims in a bad way.

If you are unhappy with yourself, being with someone will never fix it. It will only work as a temporary bandage.

A convert sister once told me about her spouse, who was abusive. The convert felt that if she divorced this man, she would feel obligated to tell her family why she wanted to get a divorce. The convert saw in the Qur’an, in life of Prophet Mohamed (PBUH), and in her heart that if Islam is practiced properly, men should have the utmost respect for women. However, she feared her family would believe certain stereotypes and say that her husband is like that because “all Muslim men are like that.”

The convert did eventually leave her husband when she finally found an escape. She told her family why she was getting a divorce from him because they would not stop prying. They then stated, as she had assumed they would, “He is like that because all Muslim men are like that.” Her family still has preconceived notions of all Muslim men being like that, even after she got re-married to a nice and loving Muslim man. Her family is still expecting her to come crawling home again. telling them that her new husband is abusive as well.

It is okay to get a divorce; it is not a sin. Whoever tells you differently is wrong. In Islam, divorce is not a sinful act.

In conclusion, I would just like to say that the more you give yourself to God, the more you will be happy and find yourself. It is okay to get a divorce; it is not a sin. Whoever tells you differently is wrong. In Islam, divorce is not a sinful act.

Look out for yourself and always do what is best for you. If you do not know what is best for you, it is okay to reach out to someone you can trust or a counselor, or even reach out to me if you would like to. If you are worried about being alone, know that it is okay to be alone and learn to love yourself. If you are worried you cannot financially support yourself, you can always go back to school; it is never too late. Tell yourself you are good enough, because you are. There is always light at the end of a dark tunnel. 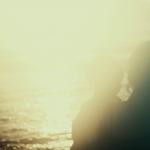 March 8, 2018
The Ups and Downs of Raising Children
Next Post 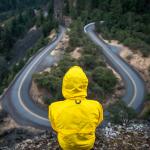 March 14, 2018 The Forgotten Element of Faith When Navigating the "Halal" and "Haram"
Recent Comments
0 | Leave a Comment
Browse Our Archives
get the latest from
Mostly Muslim
Sign up for our newsletter
POPULAR AT PATHEOS Muslim
1