To Marry Or To Be a Flamer, Part One

I’m Side B myself, but I have a lot of Side A friends, (1) and follow lots of Side A people on social media. Lest I be misunderstood, I’m not doing this to ‘witness the truth about homosexuality’ to them or anything like that—my truth has a great deal to do with how frail humans are, how fun sin is, and how necessary the Church’s power to absolve is; a person like that would need brass balls to plow merrily forward with that sort of witnessing. And anyway, I like them, and I learn from most of them.

But I’m not above disagreeing with them. And there’s a particular line of argument for Side A theology that I’ve seen several times lately which bothers me. It is based in the text It is better to marry than to burn, which in the Greek means being inflamed with desire. Especially taken along with Christ’s statement that All men cannot receive this saying [that it is better not to marry], save they to whom it is given, this is taken as showing that celibacy is a calling and gift not everyone receives, and that the Scriptural remedy for those who do not enjoy this gift is to marry. And, well, it’s a fact of experience that not every gay person appears to be capable of celibacy, and heterosexual marriages don’t make us cease to be flamers. So how can we refuse the obvious solution of permitting gay marriage? 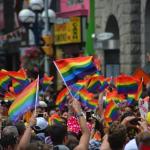 This is a harsher problem than most Catholics give it credit for. Some LGBT believers are able, with more or less difficulty, to integrate their sexuality into a life-giving celibacy, yes; but some just aren’t, and it’s over us that the problem arises.

And kindly don’t come to me saying that really everybody can be chaste if we just try hard enough. Certainly God offers everyone enough grace to attain final salvation. But claiming God gives everyone the grace of chastity, in equal degree and on demand, is patently false, in the same way claiming God gives everyone the grace of hope is patently false: it amounts to an accusation that every depressed person is deliberately sinning. It is the excuse of Job’s comforters—I don’t understand why God would be unfair, therefore he can’t be being unfair, therefore whatever’s wrong must be your own fault. This is a superstitious belief, and neither Scripture nor the saints nor experience vouch for it. If God gave every person every grace, we’d all have been immaculately conceived. St Thomas, I understand, said that God might well leave a person to struggle with a serious sin if taking it away would have a negative effect, like making them proud, for example. And St Paul said just the same. For this thing I besought the Lord thrice, that it might depart from me. And he said unto me, My grace is sufficient for thee: for my strength is made perfect in weakness. Most gladly therefore will I rather glory in my infirmities, that the power of Christ may rest upon me.

How I digress. But I don’t regret it, because complexities like this give badly needed context to any serious belief in Side B theology. Indeed, to any serious belief in Christianity. Nothing kills the habit of mercy like the belief that divine grace makes human flaws magically vanish. I will get round to the actual disagreeing with my Side A friends in my next.

(1) For those not familiar, Side B is a shorthand in the LGBT Christian community for those who have traditional beliefs about marriage, but identify as LGBT and don’t seek orientation change. Side A indicates LGBT Christians who believe that God allows marriage between any two people, regardless of sex. (The terminology gets hairier; there’s a lot of cultural baggage about queer issues among Christians, and for actual queer people there’s even more baggage about ex-gay stuff. But this summary will do.)

August 20, 2019 To Marry Or To Be a Flamer, Part Two
Recent Comments
19 Comments | Leave a Comment
"Fascism is a specific form of nationalist, authoritarian politics, one that tends to elevate an ..."
Gabriel I. M. Blanchard A New Page in History
"As other Catholics have mentioned, the majority of CPCs are underwhelming capable of providing assistance ..."
Ame A New Page in History
"Gabriel,I am a fellow Catholic blogger on Patheos and have a few questions about your ..."
The Latin Right A New Page in History
"I wrote a long post but it seems you are aware of it (1853 and ..."
Luqash Another Preview
Browse Our Archives
Related posts from Mudblood Catholic 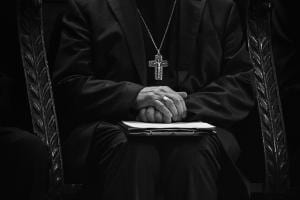 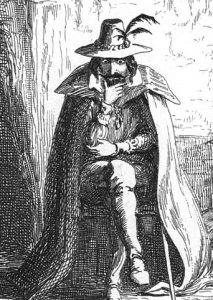