A Slip of the Tongue, Part Two

A Slip of the Tongue, Part Two November 11, 2019 Gabriel Blanchard 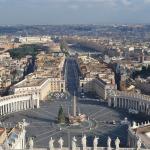 In my last, I discussed various sins of the tongue, and, in particular, the fact that giving others the benefit of the doubt is not an above-and-beyond act of generosity on Catholic grounds, but a requirement. I also said that the problem with distrusting the Holy See is not that there is no justification for doing so, but that it is in point of fact a bad idea, and promised to explore that a little.

The Catholic doctrine of the papacy is that, when the Pope invokes his full authority as the shepherd of the universal Church—which he may do either on his own, or gathered with the Church’s bishops in council—the Holy Ghost protects him from teaching theological error. This belief is grounded partly on Scriptures such as Matthew 16, Luke 10, and John 14–16; partly also on the principle that there could be no permanent unity in the Church without a concrete principle of unity, and that such a principle must have a supernatural guarantee of preserving the truth, if it is to maintain real unity with Christ and not merely the continuity of an earthly institution. There are a lot of different ways of approaching the doctrine of papal infallibility, and I couldn’t exhaust them here if I wished to: but “When the Pope invokes his full authority, he cannot err theologically” is a quick-and-dirty summary of the Catholic belief.

There are several things that this grace does not cover. It does not, for example, mean that the Holy Father cannot have mixed or even malicious motives, either in his theological pronouncements or anything else: the guarantee is that what he teaches will be correct, not that he will be pure of heart in teaching it. (Caiaphas was quite right about the facts when he said that it was expedient that one man should die for the people.) It does not guarantee that the Pope’s private opinions, even about theological matters, will always be right. It does not guarantee that a Pope will ever actually invoke his full authority; most circumstances don’t require that level of certainty. It does not protect the Pope from sinning, or from being misinformed, or from failing to make himself clear. The way I put is that, while the full exercise of his authority is invincibly protected by the Holy Ghost, nothing else is protected to that same absolute degree; and therefore, every other thing can go wrong, and, given enough time, almost certainly will.

Here’s the thing, though. No one except the Pope and the Church in union with him enjoys that same kind of definitive protection from God. Every other person, including every other Catholic—be he a conservative cardinal, a successful author, the CEO of a Catholic media network, or an ostentatiously unchaste Twitter influencer (Twitfluencer?)—is therefore at least one degree more fallible than the Pope, no matter how much wiser and holier and smarter they might be. That doesn’t mean wisdom or sanctity or intelligence aren’t well worth having, but it does mean that one ingredient in those things, if one accepts the Catholic religion, is a readiness to surrender one’s own judgment to any infallible definitions made by the Holy See, because, on the premises set forth by the Church, those definitions are divinely guaranteed to be correct. Exhaustive? No. Easy to grasp? No. Well-meaning? No. But correct.

Now, it’s worth adding that even when the Pope doesn’t invoke his full authority, his judgments shouldn’t be casually dismissed. When he directs that a change be made in the Catechism, for example, even if he’s not making an infallible definition, that’s obviously him acting as a pastor and teacher rather than simply expressing a private opinion: it could in theory be incorrect, but it’s far more reasonable to assume the opposite. Non-infallible judgments can be wrong, but when they come from the Vicar of Christ, it isn’t at all likely. 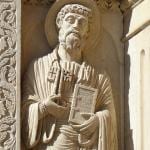 We are responsible for what we think and say. Yet the temptation to listen to hearsay, snap judgments, and even slanders of the Holy Father is something that the Church herself—her priests, her catechists, her liturgists, her religious, and above all her bishops—must bear some responsibility for. The drastic disciplinary changes of the 60s and 70s would have disoriented many people in any case; the horrific scandals of sexual and financial corruption that have been revealed over the last few decades, these would have provoked a massive failure of trust and a considerable amount of apostasy in any case, both among victims and among those who learned of the scandals. The combination of the two is deadly indeed; and while, say, instituting 24/7 Eucharistic Adoration for a week in all our parishes would certainly be a good thing to do, measures like these are only thoughts and prayers. They must be incarnated in authentic reform: as the body without the spirit is dead, so faith without works is dead, and take note of what corresponds to what in St James’ analogy there.

The hostility to Pope Francis evinced by men like Cardinal Burke or Raymond Arroyo or Taylor Marshall, because it paints itself as traditional, accordingly gives the false impression that it will restore stability to a chaotic and faithless Church. It’s not the truth. Merely going back to the outward forms of a time when we trusted the Church is not going to fix anything, and it’s the only thing these proto-schismatics really have to offer. The office of Peter—the office, not the æsthetics or the habits or the policies—is what is founded upon a Rock. An apparelled alb, however beautiful, is only fabric; and fabric burns as well as anything else, when it’s exposed to the fires of hell that Christ promised would not prevail against that Rock.

November 15, 2019 A Program for Reform, Part One
Recent Comments
5 Comments | Leave a Comment
Browse Our Archives
get the latest from
Mudblood Catholic
Sign up for our newsletter
POPULAR AT PATHEOS Catholic
1 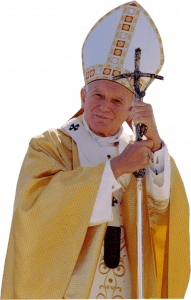 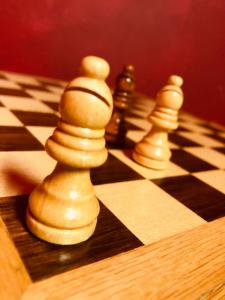