Why Pro-Lifers Should Vote Blue: Intro

The issue of abortion has been the chief political rallying point for conservative Catholics and evangelicals for fifty years, the non-negotiable point that has kept them tied to the GOP and away from the Democrats. No matter what other moral principles are at stake—war, care for the poor, immigration, affordable health care—nothing, it is argued, can justify refusing to protect the lives of innocents in the womb.

I agree with that. It’s because I agree with it that I think we have a moral duty to vote for the Democrats.

Not absolutely (no political affiliation could in my view ever be absolute, or it would be idolatrous), but in our present context. I think that the theological underpinnings of a Catholic approach to politics, the actual priorities and track record of our two viable parties, and the actual causes of abortion, considered together, justify a blue vote far better than a red one, especially but not only with Trump in the White House. I’ll deal with those in my next, but here, I want to address the forms of political calculus we employ in the first place.

As far as I can see, there are basically three ways of approaching this issue politically as a pro-life person:
1. Single-issue voting: abortion is treated as outweighing all other moral considerations (both singly and collectively), and so only pro-life candidates can ever be licitly voted for for any office. Though widely held to be the most Catholic stance (1), this actually conflicts with Catholic social teaching (or CST, of which more later).

The problem with the single-issue approach is twofold: first, things other than abortion actually do matter, and this approach effectively treats them as if they don’t. Second, single-issue voting operates as though the most important response to abortion is legally banning it—which is not the same thing as stopping it from happening. Illegal abortions happen in pro-life states, and mothers choose to keep babies instead of getting abortions in pro-choice ones; so the single-issue approach, if it really wants to sell itself as the only valid choice, actually has to treat making abortion illegal as more important than reducing the number of abortions that occur. That’s not a morally coherent view. 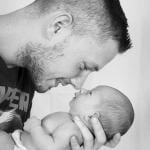 Again, I am pro-life myself. And I’m not saying that in some sort of technical or spiritualized sense: I think that every human life should be recognized as such by the law from the moment it begins, i.e. conception. Because I cannot make any sense of a theory of law that does not treat the right to live as fundamental, and then turns around and argues for any other human right. But single-issue voting, exalting laws against abortion at the expense of every other consideration, including things like universal health care that actually allow human beings to, you know, live, does the exact same thing. It exalts the letter of the law over the value of actual human lives.

There is a good case to be made for either version of the seamless garment approach. The USCCB’s guide to Catholic voters sets forth both as valid. In fact, I think we need to have both expressed among Catholic voters, or we will slide either into a spineless pragmatism or a useless idealism, neither of which actually observe the command to contribute to the common good. But I’m not really concerned with the people who choose to adopt the rigorist approach: not because it’s unworthy of discussion, but just because they have already ruled out both voting blue and voting red, and so my arguments are (quite rightly) irrelevant to them. So I want to take the prudentialist approach as my baseline and work from there.

The Misters President; The Unsafety Net

(1) I specify Catholic here advisedly. I’m sure there are Christian traditions that define abortion this way as a matter of faith, though even growing up in the pro-life movement I encountered few of them.

(2) The expression comes from John 19.23-24: Then the soldiers, when they had crucified Jesus, took his garments, and made four parts, to every soldier a part; and also his coat: now the coat was woven without seam from the top throughout. They said therefore among themselves, Let us not rend it, but cast lots for it, whose it shall be: that the scripture might be fulfilled, which said, They parted my raiment among them, and for my vesture they did cast lots.

February 28, 2020 Why Pro-Lifers Should Vote Blue: The Misters President
Recent Comments
23 Comments | Leave a Comment
Browse Our Archives
get the latest updates from
Mudblood Catholic
and the Patheos
Catholic
Channel
POPULAR AT PATHEOS Catholic
1