I have entirely lost confidence that there will be a peaceful transfer of power in November. Trump said in so many words in 2016 that he’d accept the results of the election if he won. He’s spent the last four years proving he meant exactly that, and he’s run ads fantasizing about remaining president longer than the two terms the Constitution allows. We’re past the point where we can afford to treat those as “just jokes.” He has never been shy about his gross disregard for the rule of law, or his bootlicking admiration for dictators across the globe. Hell, he had DC citizens pepper sprayed just so he could get a photo op he wanted. I don’t believe he’ll accept the 2020 election if he loses. I believe he will stage a coup.

First, some no-go tactics. Popular revolt is probably impossible. Remember that POTUS is Commander-in-Chief of the armed forces; unless there were a massive refusal of orders on their part, which would likely make a revolt unnecessary in the first place, there would be no serious prospect of success for a revolt. As long as coronavirus remains active and no vaccine is available, we’ll probably need to treat emigration as impossible too. If a vaccine or a highly-effective treatment does become widely available, that option can be revisited. It is probably the safest option for most people whom the regime would endanger—political opponents, people of color, and LGBTQ people—which is yet another reason to hope and pray, fervently, that a vaccine is developed quickly.

Petitioning the U.N. to impose sanctions on the U.S. until Trump is removed might, possibly, work; we have a lot of resources of our own, but we import a lot of stuff too, and it would be a huge international embarrassment. There’s a chance it could help.

Civil resistance to the regime may become very important. Since the internet makes it a lot easier than it used to be to spread testimony, photographs, and video of non-violent resistance and of the government’s response to it, not only domestically but internationally, the power of that kind of resistance is magnified accordingly. I encourage anyone who’s unfamiliar with Mahatma Gandhi’s thought and techniques to read Non-Violent Resistance, a collection of his articles and interviews composed over the years he spent advocating for home rule in India, against the colonial dominion of the British Empire. Non-violent resistance is a tactic that takes a lot of courage and resolve; you need to start practicing before the crisis begins, just like you need to start training for a race.

Other than that … prayer. It’s easy to say “pray” without conviction, because you don’t know what else to say; and that is how I’m saying it now. Fortunately the efficacy of prayer does not depend on how I feel about it, but on God’s mercy and power.

July 14, 2020 Ever After
Recent Comments
0 | Leave a Comment
Browse Our Archives
get the latest from
Mudblood Catholic
Sign up for our newsletter
POPULAR AT PATHEOS Catholic
1

Toxic Masculinity: What It Is, and...
suspended in her jar
Related posts from Mudblood Catholic 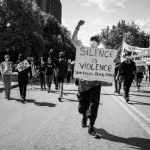 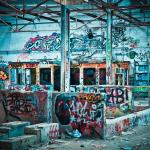