Let’s review. We’ve discussed important misconceptions about fascism, sketched the ideology that drives it, and talked about some ways that fascists appeal to Catholic sensibilities. We’ve also dug into fascist ideas about race, and touched on the “white genocide” conspiracy theory. I hope it’s clear to any Catholic reader that fascism is deeply hostile to human dignity as such and to the gospel.

But how does fascism operate? Despite its consistent ultranationalist mood, its methods are very diverse. Mussolini took power by force, but Hitler was elected. Fascist praxis is entirely pragmatic and situational. In particular, fascists are happy to adopt a lot of rhetoric from the Left; the very name “National Socialist” was a deliberate ruse (as the Night of the Long Knives would indicate, if their avowed hatred for Communists and trade unions didn’t). Still, there are some tactics that, as far as I can tell, are common to most fascist movements. Four important ones come to mind: noise, bad faith “dialogue,” bombast, and jingoism. Let’s look at them one by one.

Fascist ideas collapse under very little examination; noise is therefore their ally. Noise here means sheer, disorienting volume of communication—the crazier the better. Because the idea is not to triumph over opponents through force of argument, but simply to take up the most media “real estate.” Being ridiculous is no drawback here, because it invites journalists to cover you, whether for the sake of laughing at you or in an attempt to debunk the nonsense, and the more they do that, the more eyeballs you get. And when we hear something over and over and over and over and over and over, it invites our brains to just give up and go with it. 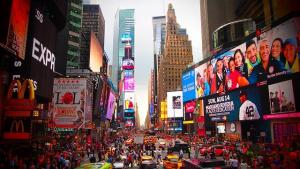 Donald Trump, whether by genius or blind instinct, is a master of this technique. He constantly says and does things that are so over-the-top and unacceptable that journalists are practically forced to discuss it, and he reaps the attention that his antics earn him. Trump was able to force through a lot of his outrageous decisions partly because the American people were exhausted by the avalanche of insanity pouring from the White House on a daily, even hourly basis. There was too little energy left to mount an effective resistance. It’s like a glitterbomb: dramatic, entertaining, and impossible to get off of you.

The media have, to all appearances, learned nothing from the 2016 election. If Trump runs again in 2024, it will be in exactly the same way, and probably with exactly the same result; the only change will be that he no longer has a Twitter account, which actually could make a difference—no platform is more perfectly adapted to spreading noise than Twitter. Don’t count on it, though: new platforms spring up like toadstools every day.

This is a two-part defensive strategy. Step one is using code. The things fascists say and imply about non-white peoples, the disabled, and other out-groups rightly horrify normal people, if they just say them. Hence, in public forums, they code their beliefs in euphemisms and dog-whistles. They won’t open with “Mexicans don’t deserve human rights”; they’ll open by talking about “illegals,” “cartels,” and so on, and leave it to the audience to color in the lines they’ve drawn. Leftists1 recognize dog whistles, though, and point them out—which initiates step two.

Step two is the free speech argument. This instantly tugs on American heartstrings. We love us some First Amendment! Now, what leftists are (usually) doing here is (a) highlighting dishonest rhetoric, and (b) calling on platforms and institutions to enforce bans on hate speech. Neither of these things violate the First Amendment; social media platforms, colleges, and the like are not branches of the government. Even if they were, the right to free speech does not protect incitement to violence, which is intrinsic to fascism. But fascists will always frame these issues as left-wing censorship and people being afraid of ideas. The fact that ideas like “Certain people are subhuman” are inherently dangerous is disguised with noise.

This tactic works really well on classical Liberals, because they almost always operate on the assumption that everyone is presenting their ideas in good faith. That’s the first rule of the game they’re playing. But fascists are playing a different game entirely, in which honesty isn’t important.

One of the salient characteristics of fascist rhetoric is the way it relies on conflict. Fear of the other, and the defensive hostility that fear engenders, are fascism’s bread and butter. A lot of people mistakenly assume that fascists will therefore openly stoke racial and political hatreds, but they’re usually smarter than that. They need the audience to be on their side, so they use the bad faith “dialogue” tactic first. Once they’ve won over the crowd, or enough of it, only then do they begin whipping them into a frenzy. They will always fan the flames of anxiety and rage, never quell them; they will never say that fear or hatred of an out-group is irrational. At a certain point, any division—real or perceived—between fascist leadership and their enemies is enough to set loyalists on fire.

Once again, Trump is a master at this. Whatever else we say about the assault on the Capitol last month, the rioters certainly believed they were doing what Trump wanted. The point, though, is to notice how instantaneously they turned on former figureheads, like the police or Mike Pence. The fact that there was a rift between these figureheads and Trump didn’t make them pause to think or question. It only enraged them. That is the function of bombast: to not only bypass, but actively shut down the frontal cortex.

Here, we come to the closest thing fascism has to an actual idea. Now, patriotism, i.e. love of one’s country, is fine. Even nationalism is fine, to the extent that it means love of one’s people and culture. Jingoism goes further. Jingoism is “My country, right or wrong”; which, as Chesterton drily pointed out, is exactly like saying “My mother drunk or sober.” Where the patriot loves his country, the jingoist insists—not just as a sentimental flourish, but in all seriousness—that his country is better than other countries. That it has fewer flaws, or none; that it has rights over and above what other countries have. “Teach American exceptionalism” is an incredibly vague and silly phrase on one level, but on another, we know exactly what it would mean in practice.

The GOP, playing to the nationalist wing of its base, has gone in hard on jingoism. It has long been more ostentatiously patriotic than the Democrats; not, I think, because Democrats are unpatriotic, but because American patriotism tends to emphasize individualism, nostalgia for the fifties and the eighties, and (in certain moods) war and conquest. Emotionally, those sit a lot more comfortably with Republican talking points than Democratic ones. Helping the disadvantaged and tolerating the unfamiliar conflict with individualism and nostalgia.

This results in a base of people who are extra susceptible to fascist rhetoric. Remember the mythology, the emphasis on heritage, the fear and contempt for the out-group, that animate it. Best of all, once enough of the populace are drunk on jingoist propaganda, those who disagree are not merely political opponents, but traitors. 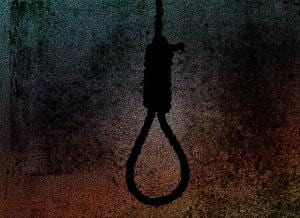 1Obligatory not-all-leftists statement goes here. Some leftists fall for dog-whistles too, or identify things as dog-whistles that are perfectly innocent.

Catholic "Sexperts" Should Mind Their Own...
Michelle Arnold
Related posts from Mudblood Catholic 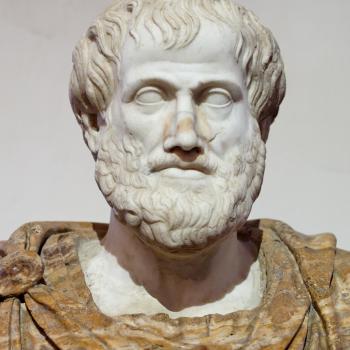 No Left Turns and Never Forget
I've had a car for a month now. The Neighborhood Trolley...
view all Catholic blogs
What Are Your Thoughts?leave a comment
Copyright 2008-2021, Patheos. All rights reserved.
error: Content is protected !!