Previous installments in this series: Intro to BLM; Marxism; Is BLM Marxist?

Let’s take a look at charge number two: that BLM supports violence. I’ll say up-front that while I’m personally committed to nonviolence, I don’t consider self-defense wrong. If BLM members have done violent things, that’s not an automatic mark against them. We have to know the context. And most opponents of BLM would agree. At least, that’s exactly the argument they always make to defend the police when they hurt or kill somebody.

So let’s talk. When violence is okay?

Love toward oneself remains a fundamental principle of morality. Therefore it is legitimate to insist on respect for one’s own right to life. “If a man in self-defense uses more than necessary violence, it will be unlawful: whereas if he repels force with moderation, his defense will be lawful.” … Legitimate defense can be not only a right but a grave duty for one who is responsible for the lives of others. The defense of the common good requires that an unjust aggressor be rendered unable to cause harm. … If non-lethal means are sufficient to defend and protect the people’s safety from the aggressor, authority will limit itself to such means, as these are more in keeping with the dignity of the human person.1

Violence—even violence wielded by a legal authority—may only ever be used in self-defense or the defense of the community. Even then, only the minimum you need to stop an attacker is legitimate. That makes sense, really. If you’re using violence when you don’t need to, or using more than you need, then you’re the aggressor, aren’t you? Putting a uniform on that behavior doesn’t make it any better. And while a government might authorize people to behave that way, it doesn’t have the moral right to do so. Wrong is wrong. Whether it’s legal makes no difference.

But maybe only police officers have a right to use violence? Well, why? There are such things as dirty cops. Are people not allowed to defend themselves against them? And even if every cop were Mr. Rogers with a glock, you can’t always reach them. And again, where did the police get the right to protect the community from? In a democracy,2 isn’t law enforcement supposed to be the community’s way of protecting itself? Because if not, they sound more like an occupying force than a police force.

There’s a lot I’m leaving out here. The theory of what police are and should be is kind of complex, and the history of policing in the US has links to slavery, too. Short version: I think both individuals and communities have a right to protect themselves, and that includes protecting themselves against cops, if the cops are being more violent than they need to.

You may have heard the expression direct action from activists. That can include violence, but it’s a little broader. Roughly speaking, it means using power to directly achieve a specific goal. Its counterpart, indirect action, normally means some negotiated process (from legislation to diplomacy). Direct action can be nonviolent or violent. It covers things like strikes, sit-ins, destroying property, and, yes, physical violence. Direct action is often associated with more extreme people on the Left, but you can find it in most movements. The Boston Tea Party is a classic example of direct action. Protesters, in disguise, destroyed a massive amount of property—$1.7 billion worth!

Now, the quote from the Catechism above gives us guidelines for violence. But when is, say, a sit-in the right choice, a là Rosa Parks? When are workers justified in going on strike? These questions are more prudential, I think, and there’s some grey area. When we get into things like hacking or vandalism, stuff that doesn’t hurt anybody directly or make property unusable but does screw it up, we should be cautious. But that doesn’t mean these tactics are always off-limits, nor that they’re equivalent to violence.3 We just need to examine them carefully. Using the Catechism’s principles about violence, a good question to ask is: “Is such-and-such tactic a proportionate response to the harm that’s threatening me or my community?”

Okay. Now we’re in a better position to answer our original question. Does BLM support violence? And if the answer’s “Yes,” what exactly does that mean?

2Yes, I know we’re technically a democratic republic. No, I don’t think that’s at all relevant here.

3If it did mean those things, we’d have to question not only the American Revolution, but the resistance movements of World War II. They operated mostly through sabotage, arson, and the like.

August 26, 2020 Can Catholics Support Black Lives Matter? Part Five: Reporting on Violence
Recent Comments
0 | Leave a Comment
"If you’re on the fence about UBI, look into Social Credit. It’s a basic income ..."
Mark Why the Left Isn’t Nice Enough, ..."
"I walked away 15 years ago, before it became a hashtag."
Ame Why the Left Isn’t Nice Enough, ..."
"We certainly have some ideological differences, however As I read your well written post am ..."
DavidC Respect, Compassion, Sensitivity, and Asshattery
"What does it even mean to separate sexual relationships from relationships in general?"
Irksome1 Respect, Compassion, Sensitivity, and Asshattery
Browse Our Archives
get the latest from
Mudblood Catholic
Sign up for our newsletter
POPULAR AT PATHEOS Catholic
1 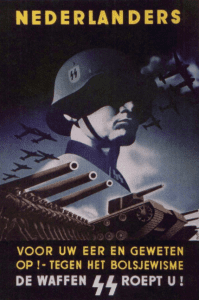