Donald Trump has finally given a weird probably-concession speech, and, more importantly, Twitter finally banned him. If all goes as expected, why the hell would you think things are going to go as expected, what drugs are you on, and may I have some?

As I sit writing this, there are still about eleven days—277 hours—left in Trump’s presidency, assuming he is not removed (whether by impeachment or via the Twenty-Fifth Amendment). That’s plenty of time to make trouble. Reports say Representative Pelosi and the cabinet are trying to eliminate his access to the nuclear codes, which I think is a first for a sitting President. But he’s given ample proof he doesn’t need nukes to cause disasters.

Maybe he won’t do anything. But the political monster he helped create is not going to go away, especially not if he and his enablers in DC experience no consequences. The Beer Hall Putsch got a slap on the wrist in 1923, because people felt too sorry for the ridiculous perpetrators to take them seriously.

“A Smooth, Orderly and Seamless Transition of Power”

There are a number of possible moves for the truly scary Trumpists right now. Assassination is one. I truly hope that there is adequate security around Biden and Harris between now and the twentieth, and thereafter as well. The mob who stormed the Capitol on Wednesday got two pipe bombs inside, and a lot of Trump fans are enthusiastic about firearms.

A lot of them, of course, feel betrayed. That can stymie even violent movements. But it can also leave people feeling like they have nothing left to lose.

And whether they’re stymied or not, the alt-right is not going to evaporate. They didn’t go away after Charlottesville. For that matter, their antecedents didn’t go away after the Civil Rights Act. Neo-Nazis after 1945 are neo, new, but they are also Nazis, in ideological continuity. They revive, over and over. 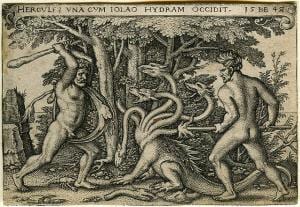 I also can’t help a little paranoia about the “concession” speech. This too repeats the Charlottesville pattern: an initial message of encouragement, with the thinnest possible pretense of disapproval for violence, followed by a more boilerplate politician speech. And while he said there would be a “transition of power,” he didn’t say it would be to Biden and his administration. Would that be a ridiculous technicality to appeal to, if there were another coup attempt? Sure. Doesn’t mean he won’t do it.

If anything like that happens, well, I don’t know jack about preparing for it. Surviving it, and helping my friends get through it, is gonna max out my skill tree. So all I can really do, or advise, is to hope and pray that nothing like that happens. Pray for the President-Elect and our other representatives. Pray for the people of DC. Pray for everyone who is most vulnerable. And if you see a way to help someone, do it.

But there’s other stuff that I think I understand better. There are two strategic things the Left urgently needs to tackle: unity and rhetoric. 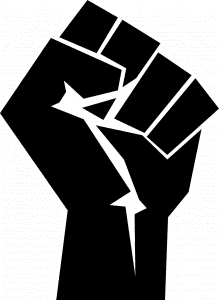 By unity, I mean strategic coöperation on the part of the Left—a coalition. My grasp of movement-specific history isn’t perfect, but from what I gather, we were fractured with the rise of the New Left in the 50s and 60s, and we’ve never really recovered. Today, most of what I see is scolding and infighting. Most right-wing complaints about “cancel culture” are insincere or, at best, clueless, but there is such a thing as being too sensitive and there is such a thing as being preoccupied with the minutiæ of theory. And yeah, having good theory is important; all praxis depends on theory. But the point of the theory is to actually help and protect people. If your theory doesn’t lead to you doing that, it’s just intellectual jacking off.

By rhetoric, I mean we need people to understand what the Left actually thinks and why it’s important. We have done a bad job of that. And yes, a lot of the blame for that belongs with a largely corporate-controlled media. And so what? Whether we’re able to surmount that problem and actually get our message across is a lot more important than whose fault the problem is. God will judge the dead. We need to help the living.

So! Here’s my plan. I intend to run two concurrent series here: one designed to help leftists communicate with non-leftists, and one to help non-leftists understand what fascism is and does in bite-size chunks. I’m gonna start with the latter, and, in my context here at Patheos, it seems only right to start with the obvious question:

Why should Catholics care about stopping fascism?

January 15, 2021 FASH 101: I Can't Believe It's Not Fascism
Recent Comments
0 | Leave a Comment
"Yes, triggering trauma unintentionally is something I have been guilty of, and I am sorry ..."
Ame Wolves In the Fold, Pt. 2: ..."
"Thanks for the recommendation!! I'll see if I can buy it for Lenten reading <3 ..."
Lena Danvers Review: “No Longer Strangers” by Gregory ..."
"It bothers me to see how easily we speak of others as criminals and abusers.The ..."
Quillex Wolves In the Fold, Pt. 1: ..."
"Would you accept “intellectual” as one of the means of spiritual abuse? While, I suppose, ..."
Irksome1 Wolves In the Fold, Pt. 1: ..."
Browse Our Archives
get the latest from
Mudblood Catholic
Sign up for our newsletter
POPULAR AT PATHEOS Catholic
1