The View from Up Here – Personal, Global

My husband asked me last night what if I was going to write something about the 11th “anniversary” of the tragedy of 9/11. I thought, what is there to say that hasn’t already been said before? Where are we now as a world community, 11 years after that awful, fateful day? Where am I and my family in our lives now?

On September 11, 2001, Lil D had just passed his one-year birthday. He was my only child at that point. We were one year away from a discussion with my pediatrician about my worries concerning his development that landed us in New York City’s early intervention program; two years away from that difficult summer when I was fully pregnant with Amal, getting Lil D evaluated by an NYC special education agency and learning he had the speech and language of a six-month old baby (though he was three), and finally sitting in the office of the head of Behavior Developmental Pediatrics at Beth Israel Hospital in downtown Manhattan, being told that Lil D had autism.

I didn’t know this storm, this earth-shattering, life-altering personal change was coming to our lives when I sat in my apartment that day, with Lil D crawling in front of me as I helplessly watched on TV the storm, the earth-shattering, life-altering global change that came as the Twin Towers fell on 9/11. I gathered Lil D up in my arms and went to the roof of our building in Midtown Manhattan, not entirely sure that it could be real.

And saw the plumes of smoke in the distance towards downtown.

To be a Muslim in New York City in those days following 9/11 was probably the best place to be an American Muslim. New Yorkers were hurt, devastated and took comfort in each other – New Yorkers of all faiths and creeds came together.  In the following months, I witnessed the greatness of Americans, the attributes that truly makes this a great nation – resilience, strength, freedom, tolerance, love.

Eleven years later, I know this nation still embraces those attributes, but it saddens me to see those attributes getting muddled under the guise of fearmongering, misconceptions, and creeping intolerance.  We have come so far, and we all have so much farther to go. And so, though my prayers are ever turned towards Lil D, Amal, Hamza, and my family, like so many others, I offer a prayer for the world. A prayer articulated best today by Omid Safi his blog post, “A Muslim’s prayer on the anniversary of 9/11”:

I remember the victims in the United States, in Iraq, in Afghanistan, in Palestine/Israel, in Syria, in Sub-Saharan Africa, and all over this small, small planet.

I remember the pain that entered this planet on this day, and I vow to be a small part of not perpetuating this pain.

May the God of All-Comfort and All-Healing bring healing to all those whose hearts are and remain inconsolable.

May our remembrance on this day, and every day, be a step towards healing the wounds of this world.

September 9, 2012
Out of the Mouths of Babes
Next Post 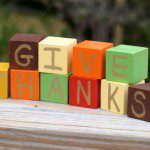