Realizing How Good We’ve Got It 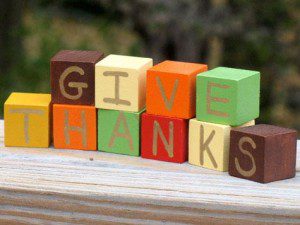 It has always been a pet peeve and a weakness, of mine that when things are especially tough for my kids (and  consequently for me), one of the ways some try to provide comfort is by reminding me of all the difficulties others are dealing with around us, and reminding me of all we have to be thankful for. It’s the “there are others who are way worse off than you” method of comfort.

I am coming off bad by admitting this, but there are times when this line of thinking just doesn’t cut it. It is perfectly good, moral, age-old advice. Truly, with the suffering that abounds in the world, one doesn’t have to look far to find someone in a tougher situation. And, the ability to recognize this and draw from it a sense of thankfulness and appreciation for one’s blessings is a wonderful coping mechanism. Beyond coping, it is a good way to live life. We should be thankful for what we have. We should appreciate our blessings.

But sometimes I’m not that big a person.

Sometimes, when we are going through an especially tough spell with Lil D (that may last days to months, as has been the duration of our current tough spell), pointing out that I am blessed with having three great kids, a comfortable house, a loving husband, a lifestyle that allows us to pursue various treatments and therapies for our son (even if it has to be out of pocket) and provide for our other children – sometimes I cannot see those blessings in front of me.

Sometimes the ongoing bouts of aggression, the soul-shattering self-injurious behavior, the bruises and welts he inflicts upon himself, the painful look in his eyes that something is wrong, but he cannot seem to explain what is wrong (leaving us to try a numerous therapies, medical and biomedical interventions on him), the continuous lack of language, his inability to tolerate a myriad of situations, the current dubious driving situation with him sometimes pulling my clothes (and my headscarf) from his vantage in the backseat while I’m driving (and once reaching far enough to grab the steering wheel), the way he can get enraged to the point of banging his head on the floor or wall (making me fear a possible concussion)  — helping him deal with all this while taking care of the other children and trying to keep a good relationship with my husband (a post for another time) clouds my thinking such that I cannot focus on the difficulties of others as a means to realize how good we have it.

But God teaches you lessons when He sees fit.

We’ve switched some things around on Lil D. We’re trying some new things, and the intense focus on behavior therapy at his school (and to some extent here at home) has elicited a happier Lil D this week (which means a happier Amal and Hamza as well). Like my husband says – I’m by no means letting my guard down. Too many times we have a few good days only to have regression.

Still, it’s been nice. This morning, after two weeks of getting used to the routine of getting three kids ready for their three different schools and getting them to said schools on times, things seemed to go relatively smooth. Lil D actually willingly went through his morning routine (even smiled and laughed!) instead of fighting me nearly every step of the way. All the kids did what they had to do, and we didn’t feel rushed or too stressed. Lil D got on the bus with minimal fuss (as compared to the major transportation difficulties we had in the days before).

Later in the morning, my husband texted with me, relating a sad story of a patient  he was called to consult on. He didn’t give me too many details, so as not to violate the patient’s confidentiality. But the basic information was this: The patient was a young autistic man, someone who earlier in the week my husband had heard about at the hospital, because he had had a meltdown due to the fact that he didn’t have his favorite shoes with him.

This patient, who was brought to the hospital by his mom from his group home, was on several meds and had severe constipation to the point of it impaction (we’ve had this problem before with Lil D). And, he was having some serious lung issues, for which my husband (who’s as pulmonologist), was called in to consult and treat. Without divulging any more info, I can relate that it was a tough, tough, sad, sad situation.

It hit my husband hard. It hit me hard. As many have uttered this phrase before, I silently uttered, “There but for the Grace of God … “

If I were to be taught a lesson in recognizing the difficulties others are going through and appreciating what I have – well here it was. Sometimes it takes the plight of another mother’s autistic son to realize how good we have it with our autistic son and other children.

I’m a pretty fallible mother, and chances are I will temporarily forget this lesson during future tough times. But for today, for now, I give thanks that we’ve got it pretty good. Lil D just came in from playing outside. He grabbed my hand as I was writing this and said, “Come.” I said, “Sure I’ll come!” He led me upstairs to the bathroom. “What do you want?” I asked. “Showa,” he replied as he pulled his clothes off.

Thanks to Him for that.