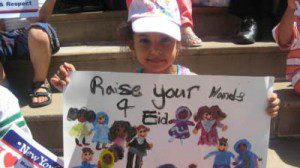 Growing up in North Dakota and later in Maryland, any time a Muslim holiday rolled around (Eid ul Fitr or Eid ul Adha), I took off from school to celebrate it. As I got into higher grades, there were times I just took a few hours off to attend Eid prayers and then headed back to school so I wouldn’t miss an important test or assignment. Being in Advanced Placement and honors classes in high school, even missing one day made it tough to catch up. Back then, there also weren’t as many activities planned on Eid other than the open house parties my parents would take me too, so I didn’t feel as compelled to take the day off.

Fast forward 20 years, and here I am with three kids, and I am thrilled with how so many parents have taken Eid in America to the next level. We are in a different place now, more comfortable as Muslim Americans and eager to impart our children with a love of their faith and pride in who they are. And so on every Eid, the kids stay home, go to prayers, and we celebrate. We hoop it up, we make it fun. We anticipate the coming of Eid, and we make sure their teachers at school are well aware of these religious holidays.

But we still deal with the fact that the kids are missing school, and inevitably there is homework to catch up on and tests to make up. Only a few school districts in the U.S. schedule a day off to coincide with Eid ul Fitr and Eid ul Adha, including Cambridge Public School district in Boston, several cities in New Jersey, and school districts in the heavily Muslim-populated city of Dearborne, Michigan. Eid ul Fitr comes at the end of the fasting month of Ramadan, while Eid ul Adha coincides with the annual Hajj pilgrimage.

Often, districts look at what the absentee rate may be amongst students and staffers to help determine if a religious holiday warrants coordinating a day off. Where I live in Richmond, Va, our school district is closed on Jewish holidays, but the calendar cites teacher work days, since public school districts don’t close for religious holidays (hence “winter break,” not Christmas break). I wonder, though, how many students  and staff would be absent on those days if school wasn’t officially closed.

This fall two school districts – Broward School District in Florida and Montgomery County in Maryland (where I graduated from high school) — petitioned to have school closed on Muslim holidays. Both petitions were rejected.

“For Eid-ul-Adha, [the Florida chapter of the Council on American-Islamic Relations’s community relations director, Ghazala] Salam proposes moving a teacher work day to the holiday rather than adding more school days. Since Islamic holidays are determined by the lunar calendar, Eid-ul-Adha and Eid-ul-Fitr will fall on different days every year and Eid-ul-Fitr will occur during summer break until 2017.

‘There are so many days that they assign as days off throughout the year,’ she said. ‘It’s just a matter of them to review the calendar.’

Opponents of the plan ranged from those advocating for separation of church and state to those wary of Islam in particular.

‘Muslim people are beautiful people, but their religion, which is Islam, is not good. It’s very violent and evil,’ argued the Rev. O’Neal Dozier of the Worldwide Christian Center in Pompano Beach.

Outside the meeting, protestors carried signs reading ‘Protect Our Children No Holiday For Perverted Cult’ and ‘Teach Math Not Sharia.’

Tea Party Fort Lauderdale founder Danita Kilcullen told the Sun-Sentinel she was opposed because school recognition of Muslim holidays would be’another step toward the Islamization of our children. This is a Judeo-Christian nation.’

‘This is not about gaining a religious holiday in any means whatsoever,” Salam said at the podium. “It is about inclusively, equality and diversity.'”

Saying they could not simply add a school closing for a religious occasion, board members asked that student and staff attendance be monitored closely on future Muslim holidays to determine whether there is sufficient absenteeism to warrant such a move.

“I think it’s important to recognize this is not a ‘no’ forever,” said John Mannes, the board’s student member.

Students who miss school for the religious holidays are excused, but many students attend classes anyway, worried they will fall behind.

Their testimony followed several months of effort to push for greater recognition of the Islamic holidays, particularly Eid al-Adha, which falls in mid-October next year and honors the prophet Abraham for his willingness to sacrifice his son for God.

“All we’re asking for is equality under the law,” said Mudusar Raza, president of Maryland chapter of the Council on American-Islamic Relations.

Now, families struggle on holidays, with children feeling a need to be in two places at once, he said. “You feel like your kids are missing out on their heritage,” he said.

Raza said he realizes that the school system cannot accommodate every religion with a no-school holiday but said objective criteria should be used to consider requests.

Many board members agreed such criteria is needed. No one could say how much absenteeism, for example, would effectively make the case for closing schools on a holiday.

I understand that school districts have to weigh a lot of things when they schedule days off, including potential absenteeism that day and the fact that every religious holiday cannot be accomodated. If we were still living in North Dakota, where Muslim families are few and far between, I’d never expect the school districts there to schedule a day off to concide with Muslim holidays.

But in Montgomery County, Maryland (outside of Washington, D.C.), the Muslim community is sizeable (though the Washington Post didn’t report specific figures). In Broward School District in Florida, CAIR reported that nearly 18,000 Muslims under the age of 18 live in the district. And the fact that Tea Partiers and religious leaders protested the peition in Florida on the basis that Islam is evil and that Floridian Muslims were imposing Shariah on the school district – come on.

Do you know how ridiculous you sound? 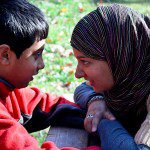 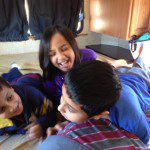 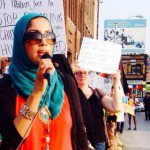 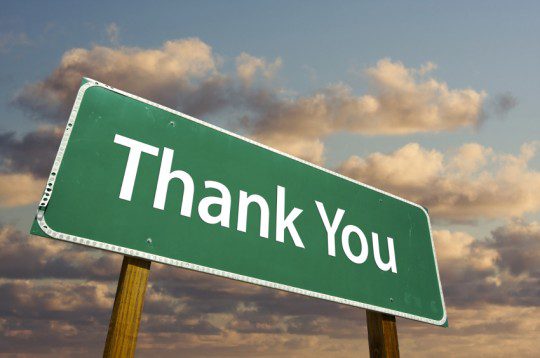 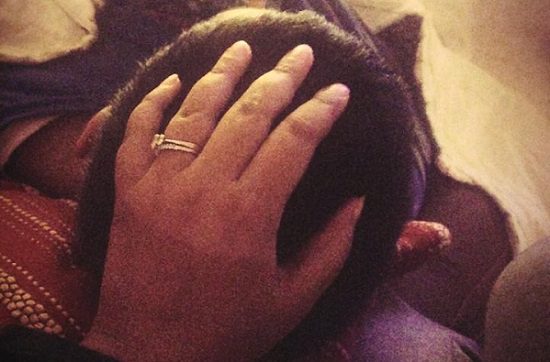