Are We Making “Punish a Muslim” Day Bigger Than it Deserves to Be?

Are We Making “Punish a Muslim” Day Bigger Than it Deserves to Be? April 3, 2018 Dilshad Ali

On the agenda for today are doctor’s appointments for my daughter and I, another bi-annual assessment of my son’s autism medical and support needs with my eldest son’s nursing care coordinator (because he is the deserved recipient of a Medicaid waiver), regular office work, lots of Lego playing for my youngest son, and a kid’s dinner we are hosting tonight for our kids and my nieces.

Daughter A is in the kitchen, utterly relaxed, making “Instagram-worthy avocado toast and cloud eggs” (never mind she is not on Instagram, but I’m sure the photos will be posted on Snap Chat), and we are planning out our menu tonight, thinking what we need to get from the grocery story, even though we were JUST at the grocery store yesterday (typical of us).

It’s spring break around our home, and we have no out-of-town plans; just sleeping, working, playing guitar, relaxing and doing some stuff around town. This is April, which is Autism Awareness Month, and yesterday (April 2) was “World Autism Awareness Day.” (Something we’re naturally aware of in our home, given that D is autistic.)

Today, however, is April 3, 2018, which, according to a flier physically circulated in the U.K (and in some parts of the U.S.) and more widely circulated on social media, is “Punish a Muslim Day.” I first heard of this in March, when news reports surfaced of a letter circulating in the U.K. that designated April 3rd as “Punish a Muslim Day. According to this Newsweek article, the article laid out a “points-based reward system for violence carried out against Muslims, including 50 points to ‘throw acid in the face of a Muslim’ and 1000 points to ‘burn or bomb a mosque.’”

Reports of this letter surfaced soon after in the U.S., with some communities (New York, Chicago) reporting seeing physical copies of the letter. But more so, it became a “thing” as warnings and cautions about “Punish a Muslim Day” as well as photos of the original letter began widely surfacing on social media.

In more than 16 years of covering and coordinating coverage of American Muslim (and global Muslim) communities, I’ve become pretty good at figuring out what is a real issue, trend or news story we need to pay attention to, how long something will play out in our communities and in the news, and what is something blown out of proportion. This “Punish a Muslim Day” story, however, had me puzzled.

How much of it was something we needed to worry about and be cautious about? How much of it was being overplayed – simply growing into a viral phenomenon – because Muslims were sharing and commenting on the story? I saw articles about this shared in the past few weeks (and shared by myself as well) leading up to today. It came across several of my WhatsApp groups with a note of caution. Were we doing a disservice by sharing articles about this?

I posted a call out on Facebook: “Is this ‘Punish a Muslim’ flier/thing affecting you in your daily life today? Does it make you nervous? Have you changed your routine today? Or, business as usual?”

Most of folks who responded (and this of course, cannot be representative of what American Muslim communities are feeling, because let’s face it – it’s just a question I posted on Facebook) said they thought this was all overblown, and it was business as usual:

Said my friend Emily Sutcliffe, “As my brothers down 52nd Street say about Islamophobic attacks – ‘You Can try it in Philly if you want to.’ On another note, what remarkable free advertising all of the millions of Muslims and allies have given the creators of these fliers by making them go viral. Think before you share, folks.”

Pamela K. Taylor, a Patheos Muslim blogger who recently wrote about her personal struggles with the hijab, having worn it for years, then not wearing it and now considering to wear it again, responded with this:

I haven’t worn hijab in 5 or 6 years, but today I’m wearing it when I go out, in part as a show of solidarity with my Muslim sisters and in part to take a stand and say to my fellow Americans, ‘In the US it’s ok to be Muslim, it’s ok to wear whatever you want to wear, that’s what religious freedom means,’ and in part to stick it to the all the folks who think “Hurt a Muslim” day is an ok thing to have happen in the US.

Many friends and colleagues who commented on that status I posted said they weren’t giving this so-called threat a second thought and were going about their day as usual. Others said they understood why it was being shared by some Muslim organizations and people as a cautionary word, just in case. A “better safe than sorry” kind of a thing. One friend did say she kept her daughter, who attends an Islamic school attached to their local masjid, home from school today. Another friend, whose children also attend Islamic school, said although she wasn’t worried, she was glad it was spring break and her kids were home anyway.

Perhaps the two best responses I found was this humorous one on Twitter:

Can anyone confirm when #PunishAMuslimDay is? My local Mosque says it’s today; but other mosques claiming Moon has not been sighted yet??? Apparently, confirmed in Pakistan for tomorrow.

I wonder, when hateful things like this pop up around the world and start spreading on social media, what good we are doing by sharing these news stories. Are we feeding into the fear? Are we helping a stunt grow? But, what if something ever was to occur in direct correlation to this “Punish a Muslim” letter or something like it in the future? Are we damned if we share and damned if we don’t? Wouldn’t we be better off by living our lives as normal while being a bit more cautious? That’s closest to where I fall in this argument.

Be yourself. No apologies. Live your life. Be alert, be safe, be smart. Don’t hide your Muslim-ness or hide in general. Fear is not feeling in which I choose to live.

March 27, 2018
What Does Being "Unapologetically Muslim" Mean?
Next Post 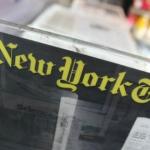 April 11, 2018 That Perceived Bias Against Suspected Muslim Perpetrators of Violence in Media and Judicial Systems? It's Actually Real
Recent Comments
0 | Leave a Comment
Browse Our Archives
get the latest from
Muslim
Sign up for our newsletter
POPULAR AT PATHEOS Muslim
1

Muslim
What Does Being "Unapologetically Muslim" Mean?
Muslimah Next Door
TRENDING AT PATHEOS Muslim